Bremerton’s Art Deco Buildings a Nod to a Different Era

At first glance, it’s their exterior colors that make them distinct: the cobalt blue of Bremerton’s Pacific Planetarium, Admiral Theatre’s color scheme of empire gold and rockwood red, and pale yellows of the city’s downtown library. Then it’s their lines — curves, sculptured reliefs and geometric forms. If you are lucky enough to go inside, you’ll find colorful murals, velvet textures and the whiff of a past era when Bremerton’s six downtown art deco buildings served as both social and service hubs for the growing community. 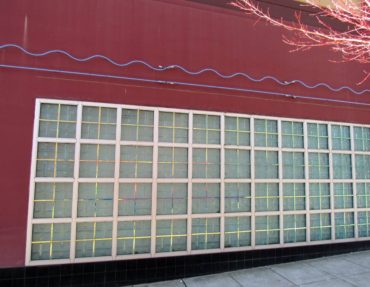 Art deco was first promoted as an architectural style at the 1925 Paris Exposition des Arts Decoratifs. The U.S. version was heavily influenced by World War I, the Great Depression and World War II, events that also inspired stylistic variations.

The most obvious features of art deco buildings and interiors are their rounded corners and bold, geometric bands and friezes of plants or animals in low-relief terra cotta or incised in stone, wood or reinforced concrete. Opulent colors, exotic materials and simple chrome or bronze metallic finishes instead of the gold filigree of earlier architectural styles are also distinguishing characteristics.

Movie theaters, particularly those in smaller communities, took on their own, unique art deco attributes. To provide the escapism the public wanted, architects dressed up the most visible parts of theaters. The street view, ticket booths and refreshment counters were often adorned with colorful tiles. Soaring marquees advertised the movies. Seats and curtains inside the theater were made of velvet and the walls were painted in bold art deco colors.

All of these features can be seen in Bremerton’s six art deco buildings, originally built as two movie theaters, two public buildings, a social club and a bank.

Bremerton’s art deco story is the result of the unique confluence of three factors: the city’s status as a military community, which increased the city’s population and demand for more services; federal funding and the proximity to Seattle architects who had been designing in this style for a decade before it took hold in Bremerton.

The building, which is on the National Register of Historic Places, was designed by Willard Parker in 1920 in the classical revival style of architecture. Bremerton’s William-Davis and Associates incorporated elements of art deco into the interior during a 1940s renovation. This included a new lobby with curved walls; a birch veneer finish and a circular staircase with a corrugated, lit glass shaft leading to a new basement addition.

The remodel was nearly completed when President Harry Truman came to Bremerton during his campaign and spoke to a crowd of 6,000 from the roof of the building’s Pacific Street addition. Someone in the crowd yelled, “Give ’em hell, Harry!” and the phrase became Truman’s campaign motto, an event memorialized on a bronze plaque on the building exterior.

Since 1996, the building has been privately owned by Catholic Community Services and provides housing for low-income individuals and families. It is not available for public tours. 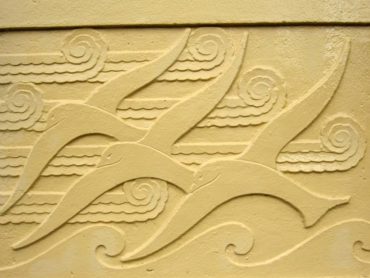 The library was built in 1938 as a Franklin Roosevelt New Deal Works Progress Administration project. It’s one of only 26 libraries built in the country during the federal program. The architects were Charles V. Rueger of Tacoma and Frank B. Smith of Seattle. In keeping with the intent of the New Deal project, all materials and workers involved in the construction came from the Bremerton area. 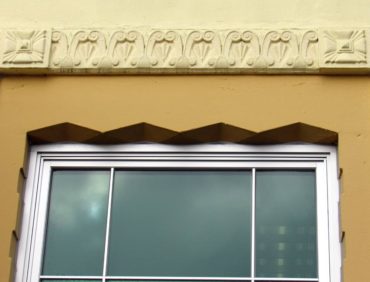 By 2005, the well-used library needed renovation so the city closed it for seven months and hired the Bainbridge firm of Miles Yanick and Co. to provide architectural and design services. The building was repainted in historically accurate colors; windows were replaced using the original design and lighting was upgraded with period lighting fixtures.

Designed by Seattle architect Floyd Naramore — better known for his tenure with the Portland and Seattle school districts — the fire station was completed in 1939, a year after the library. During the Great Depression, funding declined for school construction so Naramore joined forces with other Seattle architects to take advantage of federally funded construction projects.

In addition to designing the fire station, Naramore was part of the design team for the Bremerton wartime housing units at Westpark, the Eastpark Community Center and expansion of the shipyard.

Like many art deco buildings of the time, the fire station was built of reinforced concrete, a material that allowed for rounded corners and etching. It’s an example of the art deco variation called streamline moderne and is nearly identical in design to a Seattle fire station built with WPA funding in 1934.

The horizontal bands currently painted red and black above the entry and garage doors, the etched horizontal lines in the exterior concrete and its shallow portico are all features of the style, as is the tower — used to hang canvas fire hoses to dry out back in the day — with its round porthole windows and geometric etching.

Opened May 29, 1941, the Roxy was designed by Seattle architect Bjarne Moe, whose specialty was movie theaters. He designed 18 others in the Pacific Northwest.

In a 2008 survey of historic theaters, the Washington State Department of Archaeology and Historic Preservation said, “For the price of a ticket, anyone could step off the sidewalk through the doors, take a seat and be transported to Egypt, China or a Moorish Garden in the evening.” The Roxy’s soaring, double-sided, neon marquee; its exterior red tile; velvet curtains separating the lobby from the theatre; lush carpeting; art deco lighting and red marble baseboards were elements intended to do just that. Other art deco features include curved staircase lines and light-wood paneling.

Behind the concession stand is a 35-foot maritime mural composed of photos by famed Northwest photographer Asahel Curtis, who specialized in photographic murals late in his career. 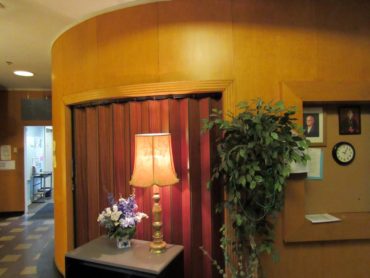 After sitting vacant for over three years, the Roxy was purchased in January 2016 by Sound West Group, which intends to refurbish the venue to its historical use as a theater for movies, concerts and stage productions, with plans to reopen this December.

A year after the Roxy opened and five months after the United States entered WW II, the Admiral had its grand opening. The Seattle architectural firm of Robert F. McClelland and Victor Jones designed the Admiral, as well as the Bremerton ferry terminal.

The Admiral was included in the state’s 2008 historic theater survey, identifying it as one of 80 still-operating historic theater venues. The document describes the building as a poured-concrete structure and notes the art deco ornamentation on the building exterior and its triangular-shaped marquee of neon lights, purportedly built with the last government-approved commercial use of sheet metal before rationing. 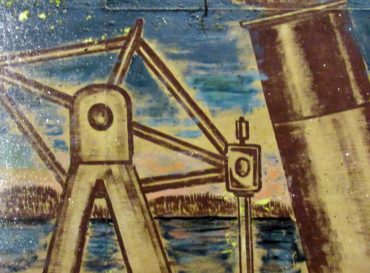 In September 1990, the Admiral Theatre Foundation formed, tasked with preserving the building. It contracted with well-known Cleveland theater-restoration specialist Roy Shepardson to consult about the renovation.

Muralists who had worked on the restoration of Seattle’s Paramount Theatre were hired to design and paint the interior walls in their existing blues, silvers and greens depicting an underwater aquatic theme. The Admiral Foundation continues to run a capital campaign for further improvements.

This art deco moderne building was constructed in 1950, one of 16 Seafirst Bank branches opened statewide in 1945-’51. In 1946, the corporation decided that all newly opened branches would have the same architectural style of the branch that opened that year in Seattle’s Duwamish industrial area. Seattle architect J. Lister Holmes designed the Duwamish building that became the prototype for the Bremerton branch.

A city of Seattle document for the Duwamish bank branch makes special note of “the building’s symmetry, contrasting and applied materials as well as curved forms at the building entry,” which resulted in “a more typical art deco building, whose design also harkens back to earlier classic revival compositions.”

Today, the former bank building houses the Kitsap County Historical Museum. The 1930-era clock on the sidewalk in front was donated in 2001 by local businessman Jorge Nelson, who displayed it in front of his downtown jewelry store with an art-deco-style metal top that spelled out his name in neon lights, a feature no longer on the clock.

For more information on Bremerton’s historic buildings, the Kitsap Historical Museum has a pamphlet outlining a self-guided walking tour of 12 buildings of varying architectural styles.