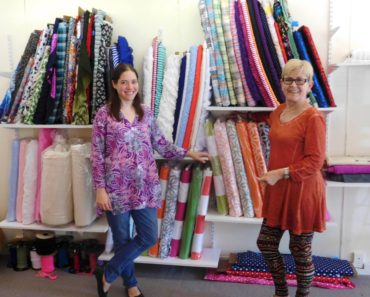 No one can deny that Bremerton has been in a slow takeoff, with attempt after attempt to revive, modernize and bring back the spicy little city that once was. Of course, we know that will never happen, for that which was is now history, but recent events tell a surprising story. Maybe the old city will be better — better in a different, contemporary way.

My Bremerton building plays center stage for many events involving visitors, both tourists and locals. At a recent gallery walk, I heard repeated comments evoking the same theme, “Bremerton has made it.” 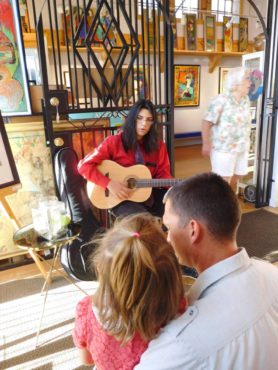 While attending Dylan Fabrics’ grand opening, I heard city councilperson Jerry McDonald say, “Everyone seems to be talking about enjoying Bremerton and recognizing that it has taken off.”

I also noticed a different feel in the air. Maybe it’s time to pause, take note and share a story.

This is a story without wings. A passage grounded in time, as bits and pieces were once dragged away until there was little sound, and the smell of wet concrete permeated the air.

Had James Michener lived longer, he would have surely written novels about Bremerton, an old Navy town that has seen presidents and battleships. Its rich and colorful history touts names like the legendary Quincy Jones, designer Jack Lenor Larsen and Capt. William Renton (the city’s namesake and the founder of Port Blakely Mill Co.).

In the heyday, Bremerton was Kitsap County’s bustling business center and a major fashion core. Even actress, singer and dancer Debbie Reynolds’ husband had a shoe store in Bremerton, located where Collective Visions Art Gallery is now at the southwest corner of 4th Street and Pacific Avenue. 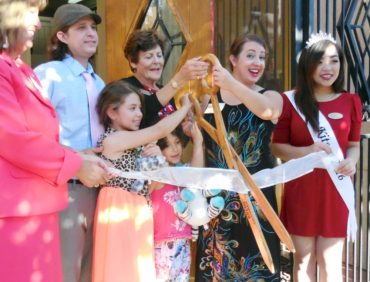 Then the ’80s arrived, bowing to the passage and departure of a once-thriving Navy town. Businesses left, yet Bremerton grabbed onto the cracked and worn city sidewalks, holding tight and screaming for help.

But no one heard for a long time. It took a few years, and while no one was noticing, an artist bought a big corner building in the heart of town. That artist was me and the year was 1991.

For me, this story began before that, a long time ago when first childhood memories were that of a Guatemalan grandmother living on 6th Street where the Salvation Army Chapel is located now, and the other grandparents living on the same block where Monica’s Social Club is now. As a senior gal, I have seen a lot of local history. 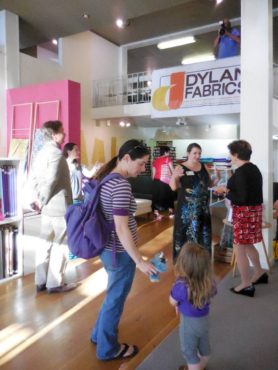 Three years ago, Purpose Boutique opened its first business in Bremerton. Owner Christie Johnson had a dream, and I offered her a small shop in the 4th Pacific Arts Building. Soon, this once-thriving fashion center was off and running — to be fashionable once again. Mayor Patty Lent was the first to buy from Purpose Boutique.

“It is wonderful to be able to buy contemporary, first-run fashions locally,” she said.

During this late summer gallery walk, many of us saw a change in downtown Bremerton. There was a student art show, the Dylan Fabrics opening, Purpose Boutique’s three-year anniversary, Glen Wilkerson Photography Studio’s exhibit, Mise en Place Design’s grand opening and Amy Burnett Gallery’s opening of a new art exhibit. The gala activities and the excitement were like that of the olden days of Bremerton’s prosperity, way back when.

This also marked Amy Burnett Gallery’s 25-year anniversary. At one time, the gallery was one of the top earning ones in the United States. 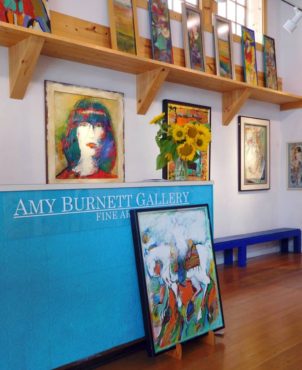 I have had some 12 gallery art interns, all earning credits for their endeavors. Falisha Ashcraft is the current gallery art intern and a senior at Seattle’s Cornish College of the Arts. She’s on her way to earning a bachelor of fine arts degree. A major assignment was for her to produce an art show of her work.

The show required much space, so Dylan Fabrics, also located in the 4th Pacific Arts Building, provided its 1,000-square-foot mezzanine space for the exhibit.

Our 14,000-square-foot building was once the Christiansen Shoe Store and Frances Shop. We now call the building the 4th Pacific Arts Creative Center. The building was designed by Seattle’s Harlan Thomas and built in 1922.

When I bought the building, Bremerton was like a ghost town, even though it was named “most livable city” by Money Magazine. One Midwest newspaper reporter referred to Bremerton as being like a movie set — a Steven Spielberg movie set. Oh, Bremerton — it has had its merits and bashings.

But don’t discard the past, for the past makes up parts and pieces that formed a Bremerton that is now, an old Navy town. If Bremerton could talk, it would tell quite the stories, which would have amazed even the great author James Michener.

Yes, some are saying Bremerton has “made it,” but not quite — not yet. But next time I share a Bremerton story, it will have wings.