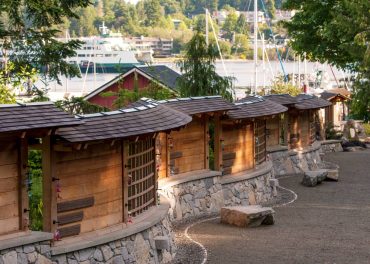 Located on Bainbridge Island, not far from Winslow Way downtown, is a memorial site that reminds us of a dark day in American history and also honors those who endured years of suffering. The site is called the Bainbridge Island Japanese American Exclusion Memorial.

On March 30, 1942, 227 Japanese Americans who were residents of Bainbridge Island were forcibly removed by U.S. Army soldiers and taken to the Manzanar concentration camp in the desert on the eastern slopes of the California Sierra Nevada mountains. Two-thirds of them were citizens of the United States and this form of imprisonment was a violation of their Constitutional rights guaranteed under the 4th, 5th, 6th, and 14th amendments.

It was, indeed, a dark day in American history — and the Bainbridge Island Japanese American Exclusion Memorial assures that it will not be forgotten. “Let it not happen again” is the memorial’s mission. 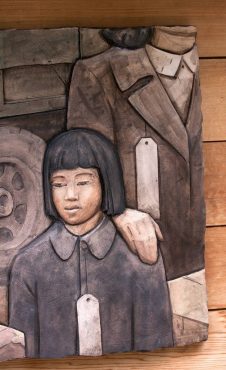 The project has been supported by hundreds of private donations and in part by a Preservation of Japanese American Confinement Sites Grant administered by the National Park Service and the Department of the Interior. The memorial honors the strength of the people involved and demonstrates our capacity to heal, forgive and care for each other. 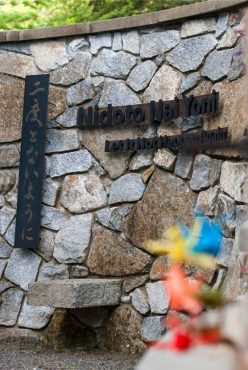 The 276-foot long Memorial Wall contains the names of all of the 276 Japanese Americans who lived on Bainbridge Island at the start of World War II. The wall was designed by local architect Johnpaul Jones, a Native American and the principal of Jones and Jones Architects. 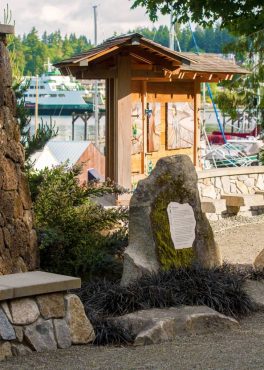 Local artist Steve Gardner also worked on the wall, depicting some of the scenes of residents being herded onto the ferries by U.S. Army troops as they began their long journey to concentration camps in other parts of the country.

Much of the success of this project must be given to the partnership that was created early between the Bainbridge Island/North Kitsap Interfaith Council and the Bainbridge Island Japanese American community, who had a vision for a memorial that would honor the strength and perseverance of the people involved and would bring an awareness of the capacity of human beings and the nation to heal and forgive each other.

The Bainbridge Island Japanese American Exclusion Memorial is a beautiful, public, outdoor space that will continue to remind us of a place in our nation’s history that we do not want to repeat. It also demonstrates how a community can come together to create something very meaningful and special for future generations.

The memorial was declared a National Historic Site on May 8, 2008, when President George W. Bush signed a bill that created the site as a part of the National Park Service with the unanimous support from Kitsap County, the city of Bainbridge Island, the Washington State Legislature and the U.S. House of Representatives.