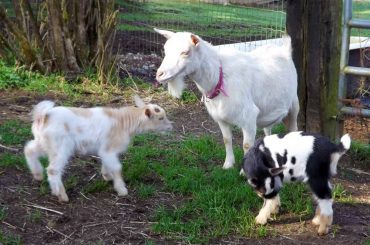 The wooden sign on the side of Herron Hill Road — “Chevre” — points toward a meandering drive that disappears over the top of a low hill. Horses graze placidly in a pasture on one side of the drive, paying no mind to the intruder unfastening the latch on the gate and motoring up the long drive to the ancient farmhouse.

In 2000, Mary Brennan left the rat race of the city and the world of technical employment and moved to the countryside of the Key Peninsula. The home Brennan purchased dates to 1870 and is perhaps the original homestead on the Key Peninsula. A full section of land once surrounded the grand house. By 1940, some of that land had been subdivided and sold off in various sized parcels, eventually becoming the 7 acres owned by Brennan today. 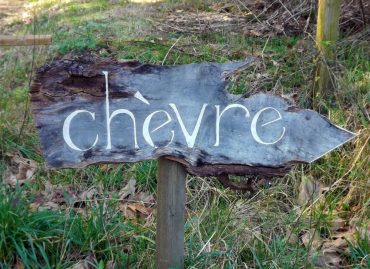 When she purchased the property, it was nearly overtaken with berry brambles, weeds and the ravages of nature. A friend suggested a couple of goats might be the answer to her problem of how to clear the property, and Brennan’s life was forever changed.

She bought the first one by answering an ad in a local classified advertising newspaper. As dumb luck would have it, her first goat became the beginning of a herd that has grown exponentially for the past 15 years. The first purchase was a LaMancha variety, a large goat with very small ears but known to give large quantities of milk. The only American-bred dairy goat, LaMancha was developed by Eula Fey Frye in Oregon and registered as an original livestock breed in 1958. 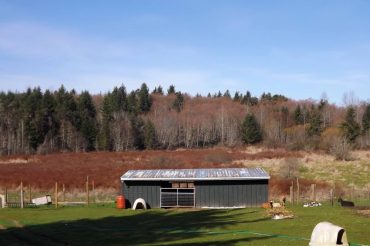 Brennan acquired “Baby Belle,” her first Nigerian dwarf doe, in 2003. Originating from Nigeria, as one would assume, the breed is recognizable by its pale blue eye and small stature. Its small size and very rich milk, along with the ability to breed year-round, makes it an excellent choice for a family wishing to drink goat milk and make cheese.

From her early beginnings, slowly growing her herd and learning about breeding and caring for her precious charges, Brennan developed a dairy now numbering about 30 goats, and this year she will have about 12 milkers. 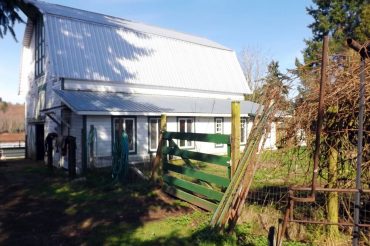 A female must be bred initially in order to be milked, but can continue giving milk even after her offspring have been weaned. Goats can be bred again, even when still giving milk, and are taken off the routine milking for about a month or so to rest up before they give birth, and the cycle begins again.

All goats are born with horn buds, and Brennan removes these as soon as the kids are old enough. Removing the horns benefits not only the safety of goatherds and visitors, it protects the goats as well. Without horns, the likelihood of hurting one another accidentally is diminished. About half the kids born are males so Brennan disbuds and neuters them as soon as possible and sells them as pets — or lawnmowers — but not for meat. Extra females are also in high demand by families and small farms looking to increase their herds or start their own milk production. 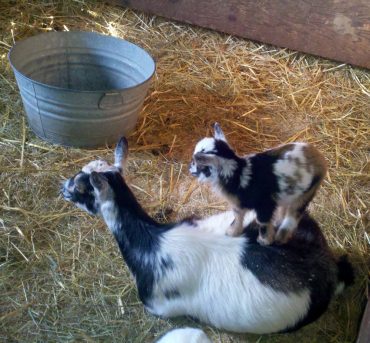 In 2008, Brennan built and furnished a cheese-making facility in the barn adjacent to the milking parlor. She soon thereafter received her USDA certification for producing and selling goat cheese, which she does on an annual basis, usually in late spring as the kids are weaned and milk production is still high.

From time to time, Herron Hill Dairy goat cheese is available commercially at specialty shops but as Brennan does nearly all the work herself, most of the cheese is sold at the farm. Advertising is by word of mouth. She doesn’t sell goat milk due to the high demand for cheese making.

The cycle of life and hard work running a goat dairy continues year-round. During the months of March and April, kidding takes place and the farm is agog with capricious baby goats leaping around their mothers as if spring-loaded. 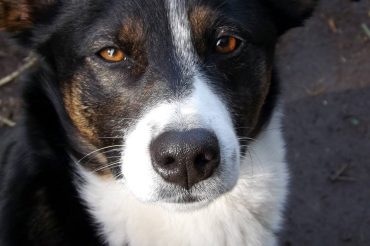 This year, Brennan expects about 30 new arrivals, most coming in April. As the new arrivals are culled, Brennan decides which goats will be retained to replenish the herd and which are sold off for income. The milking parlor is also readied for milk production and the cheese kitchen is cleaned and sterilized for cheese making.

Both breeds of goat owned by Brennan produce excellent-quality milk for making cheese.

“Goat milk is more easily digested by humans than cow milk due to its softer, smaller casein curd, and it’s much smaller fat molecule,” she explained. 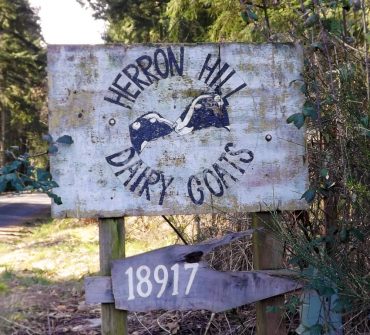 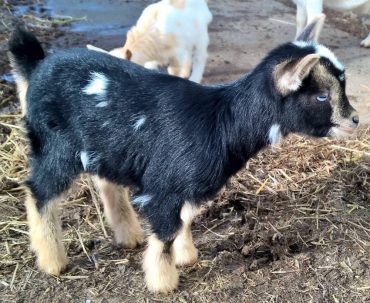 The Nigerian dwarf goats offer superrich milk usually averaging 6-10 percent milk fat, and the larger LaMancha’s milk, while higher in volume, has a lower fat content of about 4-5 percent. Cow milk purchased in the grocery store is about 3-4 percent fat.

Cheese production begins in May and the warmer, dryer days of summer bring invitations for the nonmilk-producing “girls” to visit other properties to feast on weeds and blackberries. From time to time, there are scheduled open farm days with festivities such as baby goat races and goat cheese pizza, providing families with a nice drive to the countryside and a glimpse into a rural farming life.

Asked what inspires her or compels her to work such hard, long hours as required to care for her large goat family, Brennan replied, “It is just such a rewarding life. No one would do it if they didn’t love it — I’m not ever going to get rich but it is wonderful to be around these beautiful animals their whole lives. They each have their own individual personality.” 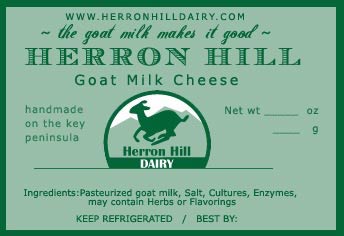 An interesting side note is that in accordance with the American Goat Society regulations, all goats are named with the beginning letter of the alphabet assigned to that year. The letter along with a number is tattooed inside the ear as a means of identification. 2016 is designated “G.” The Herron Hill Dairy Facebook page shows that three new arrivals are named Gravenstein, Gala and Granny Smith.

Brennan says the best way to keep in touch and find out if there are kids or cheese available for purchase is to register on her website, herronhilldairy.com, for email announcements. She also posts availability of kids, cheese-making classes, cheese for sale and open farm days on her website and the Facebook page.