The Loft at Poulsbo has Something for Everyone 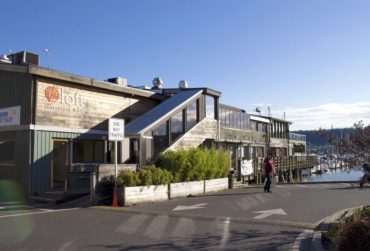 Waterfront dining is always popular, but even more so when the food is “fresh, local and delicious,” as The Loft in Poulsbo proclaims on the front cover of the crisp-white menu.

Chef Michael Bucholz believes that food should be made from scratch, using fresh, local and organic ingredients whenever available, as the seasons allow. He buys whole fish and breaks it down in his kitchen while steaks are hand-cut from beef raised on regional farms. Bucholz wants his customers to enjoy the difference between food cooked fresh, from scratch, and food that arrives in a truck, prepackaged and enhanced with preservatives.

Bucholz has owned the restaurant at the Front Street location with his business partner, Sandy Kolbeins, for the past 10 years. He has a clear vision of what he wants The Loft to be. He believes in high-quality food, a fun and relaxed atmosphere and prices as affordable as are fair to his business and clientele. 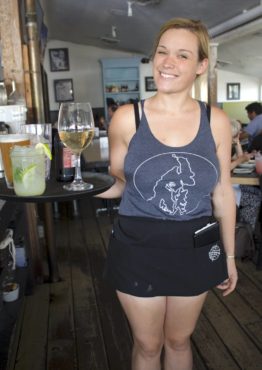 The wooden floors, green-painted booths, doors open to the marina below, and lively bar all speak to the casual atmosphere. The menu offerings and presentation of the dishes speak for themselves.

Bucholz’s father had some food allergies, which limited the kind of food and seasonings his mother prepared for the family as he was growing up. At age 19, enjoying shore leave in San Diego from his Navy sub, Bucholz purchased a carne asada burrito from a street vendor.

“The flavors literally exploded in my mouth!” he exclaimed.

That burrito totally changed the trajectory of his life, and he knew he had to learn to cook and explore flavors and food he had not previously experienced. 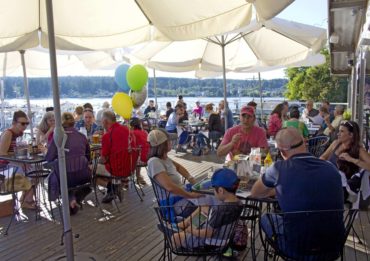 Bucholz worked his way into the hospitality industry, apprenticed for a while and eventually opened his own restaurant. Before long, he made the acquaintance of an ex-con chef, whom Bucholz hired because he agreed to teach the aspiring chef to really learn the art of fine cooking. Bucholz bought a Culinary Institute of America (CIA) textbook, and each day after they finished the work of the restaurant, the lessons took place.

“I got a CIA education for the cost of a textbook,” he said.

Managing the success and growth of The Loft has been a challenge to Bucholz, his manager and staff: The restaurant has a fairly small kitchen relative to the seating capacity and popularity among their patrons. 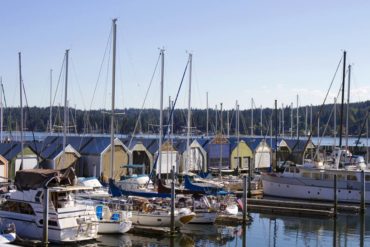 As executive chef, he is responsible for all menu planning and works closely with his business partner, whose wife, Angela Gruber, is the bookkeeper. The Grubers’ daughter Jessica is the manager, and Bucholz’s son Jon is a server, while daughter Emily works as a part-time prep cook.

Bucholz describes his staff as a tightly knit family as well — a very large family with about 27 working in the back of the house, or kitchen, and about 40-50 in the front as servers, bussers, bartenders, etc. at the peak of the season.

Managing the expectant ebb and flow of customers and adequate dining room and kitchen help is always a challenge. Reservations are recommended but not accepted on the day of service. The Loft also does not subscribe to any online reservation systems. 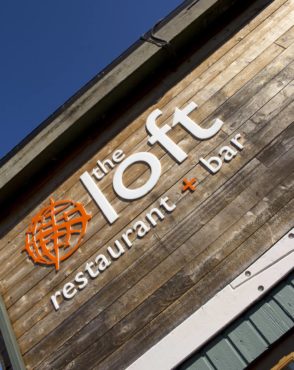 Summertime brings the highest volume of customers, as boaters, visitors to Poulsbo and regulars who bring summer guests swell the seating capacity of 260 to overflowing. The large doors of the lounge are open to the sea air, the umbrellas are open, and serving on the deck is in full swing.

An auxiliary outdoor kitchen sports a barbecue and smoker, as well as an extra steam table, which helps to take some of the load out of the cramped kitchen on weekends. Summer menus feature smoked meats and slightly lighter fare, which is less complex to prepare and makes for more efficient service.

The Loft may have introduced the Kitsap Peninsula to avocado fries, and it remains the most popular item on the menu. Patrons order it as an appetizer, to accompany drinks in the bar or as a side to an entree selection. 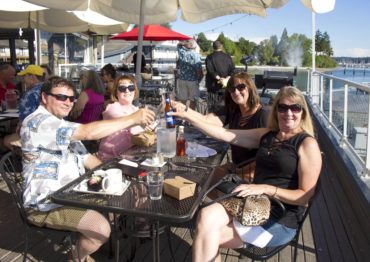 Avocado fries are so popular, the restaurant has one full-time person assigned just to prepping avocados and onion rings. The multistep process to produce the fries is complex and requires certain attention to detail, as well as speed to keep up with the demand.

Local residents make up about 80 percent of the clientele base in the cooler months, when the staff can take a bit of a breather from the hustle of summer. The large, garage-style doors are closed against the elements; the deck is shut down; and guests enjoy the warmth and camaraderie of friends and neighbors as they gather for happy hour, lunch or dinner. 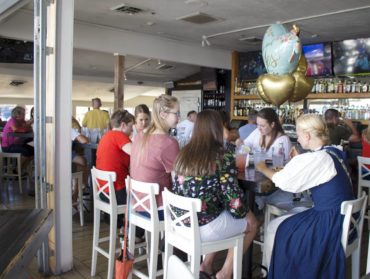 Also in the winter, The Loft offers wine- and brew-pairing dinners about once a month. Tickets go on sale during such dinners for the next one, and are often sold out in about two or three days.

The dinners are not advertised in the media or on the website but word of mouth spreads quickly. Tickets are about $50 to $60 per person for a four-course meal and depending on the menu selected, include appropriate wines or brewed beverages — beers, ales or ciders.

Private functions such as rehearsal dinners may be booked at The Loft, where up to 120 people can be accommodated at one time. 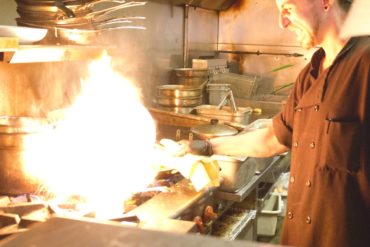 The informal but elegant menu offers small plates; a good selection of soups, salads, burgers and sandwiches; and, for the larger appetite, full-entree selections. Seafood offerings are the most numerous on the menu, with beef and poultry taking a back seat. Halibut is by far and away the most popular seafood on the menu, and the restaurant serves 40-60 pounds a day when it is in season.

The Loft prides itself on offering delicious, fresh, well-prepared food in a casual, relaxed atmosphere. Tucked away, upstairs at water’s edge just off Front Street, it is a family-friendly and welcoming place. Summer or winter, there will be something on the menu to please everyone.