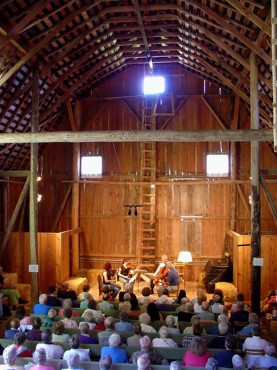 Located on a 55-acre farm on the Olympic Peninsula in a restored vintage dairy barn, the setting is enchanting and the concerts feature world-class classical music performances all summer long. The grounds and barn are beautiful, and the barn has a rich history.

June 27 & 28: The Olympic Music Festival celebrates festival founder Alan Iglitzin and his three decades of extraordinary leadership. Iglitzin will be joined by his closest colleagues for a performance of the two lyrical and passionate string sextets by Johannes Brahm.

July 4 & 5: Bring your family and friends to the Olympic Music Festival to celebrate Independence Day! With American favorites like Gershwin’s Rhapsody in Blue and the classical-jazz fusions of Paul Schoenfield, artists will be creating some musical fireworks that you won’t want to miss!

July 18 & 19: Prepare for a concert experience unlike any you have ever experienced. Led by OMF veteran artist Teddy Abrams, GardenMusic breaks every barrier between musicians and audience members by presenting music in an unusual format where classical works are punctuated by thrilling new compositions, jazz and world music. This weekend will also include a special concert for families.

July 25 & 26: Anderson & Roe bring the concept of piano duo to a whole new level. Their jaw-dropping performances and seemingly impossible arrangements have reached millions of fans on YouTube. This exciting concert will feature works ranging from two fantasies based on Mozart’s famous operas to Rachmaninoff’s gorgeous Vocalise and everything in between. 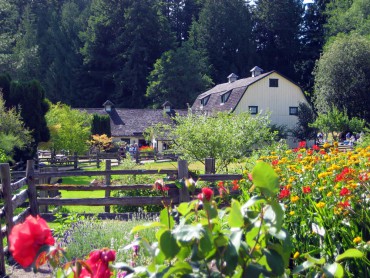 Aug. 8 & 9: Grammy-nominated violinist Caroline Goulding makes her debut at the Olympic Music Festival with cellist Karen Ouzounian and OMF artistic director Julio Elizalde at the piano. This Beethoven Festival weekend features the composer’s most powerful works, including the brilliant “Ghost” Piano Trio and the stormy Violin Sonata in C minor.

Darkness to Light: The Quintets of Franck and Schubert

Aug. 29 & 30: No two pieces are more emotionally opposed than Franck’s fiery Piano Quintet in F minor and Schubert’s heavenly String Quintet in C major. Inspired by a romantic infatuation with a student, Franck’s Quintet was one of the most controversial works of the late 19th century. Schubert’s Quintet was written in the final year of his life as he faced his own mortality and is considered one of the towering monuments in the history of music.

Ray Chen Returns to the OMF

Sept. 5 & 6: Virtuoso violinist Ray Chen returns to the OMF for his third season to perform a recital with OMF artistic director Julio Elizalde. Chen, a Sony recording artist and winner of the 2009 Queen Elisabeth Competition in Belgium, has taken the world by storm with an instrumental and musical command reminiscent of violinists of the golden age. He performs on the famed “Joachim” Stradivarius violin. As the final classical music weekend of the 2015 season, it can’t get any more exhilarating than this!

Sept. 12 & 13: As an encore to the 2015 summer season, the OMF is throwing a party. Grammy-nominated violinist Jeremy Kittel has collaborated with some of the most famous musicians of our time, including Mark O’Connor, Bela Fleck, Paquito D’Rivera, among many others. For the final weekend of the summer, Kittel is joined by his regular band members for a concert that features a wide variety of music that will keep your foot tapping all afternoon long.