Style Trends in the New Year 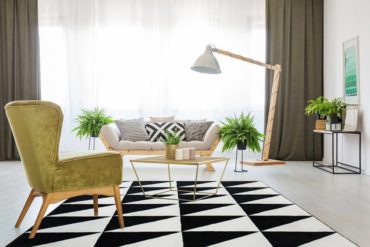 Design experts typically say that trends should be considered sparingly so you don’t have to overhaul your decor every year. But watching the trends is great when you want to add personal touches and refresh your home now and then.

According to a survey of more than 600 designers around the country, millennial pink is among the things you should expect to see less, while the popularity of velvet is growing. Read on to see the other trends revealed by the survey for 2018. And if you like to keep up, be sure to read our own take on trends — the local West Sound design experts tell us what’s hot, especially in our neck of the woods.

Online marketplace for rare and desirable objects 1stdibs commissioned the study looking at home-design changes that professionals are watching this year. “Among the most surprising findings was the turn away from minimalist styles and washed-out, mostly white interiors, which had been among the most popular looks,” 1stdibs said.

Here are the rest of the findings, as reported by 1stdibs:

When the designers were asked about trends in color, materials and finishes, purchasing patterns (pre-owned versus new), furniture styles, patterns and motifs from the past year, these themes emerged:

“This year we anticipate clients taking more chances by focusing on composition,” said Charles Fletcher, principal of De Choix. Design. “Exploring unexpected connections between furniture and other design elements will give your space stunning results.”

Looking back, interior designers identified once-dominant trends that are on the way out:

One other interesting tidbit: According to 1stdibs, most designers said that if asked to advise a client about investing in one thing, it would be a quality sofa, followed by a dining table and art. Mirrors, sideboards and sculptures were mentioned least.