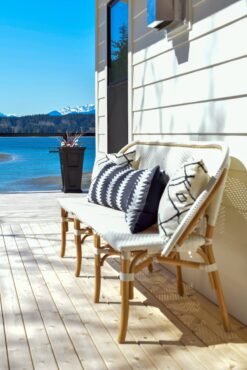 While 2020 might have been the hardest and longest year in recent history for many people, “hard” took on a whole new meaning for the Huffmans. This family of four had been searching two years for a waterfront home on Bainbridge Island in Poulsbo, Indianola or Suquamish, and toured so many houses with their faithful realtor, Valerie Gallagher, that the discouragement was real and starting to set in. 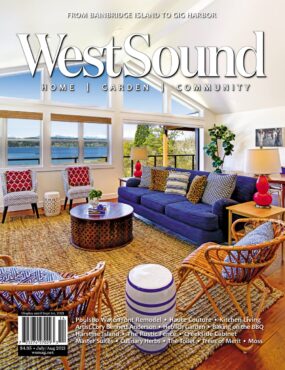 Waterfront real estate is hard to find, especially for the right price. J and Brooke Huffman had their sights set on making their dream of living on the water a reality. And they wanted to make it happen while their kids were young enough to enjoy all that beach life has to offer.

Since the ideal property wasn’t coming to them, Brooke Huffman and Gallagher decided to write letters to all the homes along the water in the cities they were searching to see if anyone was interested in selling. Six months after those letters were sent out, they received a call from a realtor who had just listed one of those properties. 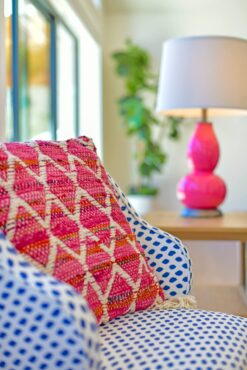 The home, located along Lemolo Shores Drive in Poulsbo, was in need of a major remodel. The house hadn’t been touched since it was built in 1981. The deck had been converted into a living room of sorts, but the walls, which were made into a glass sunroom, were cracked, leaking and not insulated. 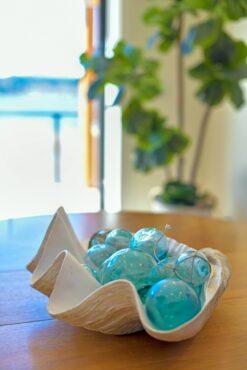 There was no foundation built under this addition in order to hold this converted space. A lower-level wall was starting to give way, and dirt and water were flooding into one side of the house.

Additionally, the original house had good bones, but a unique floor plan that wouldn’t fit this family of four in the long term. However, the location and property were ideal. After about a month of negotiating (unheard of these days) and getting estimates from a few contractors to get a sense of the cost, they finally purchased the property.

The Huffmans worked quickly with Josh Fisher, a friend and creative designer at a local architecture firm, along with another friend, Bainbridge Island interior designer Sarah Anderson. Together, they developed a concept of what the space could be and how the remodel could work within the existing home’s footprint.

As with many remodels, the dreaming and design concepts became bigger and bigger. The team quickly realized they needed a more formal set of plans and a contractor with strong experience in remodels and new construction. Through a friend’s referral, they found Bremerton-based architect Billy Barros, who turned the concept ideas into a real set of blueprints.

The family moved into the home in September 2019 and went to work at warp speed, securing necessary permits through the county for their remodel. After interviewing many contractors, they landed on Siemens Woodworking and never looked back. 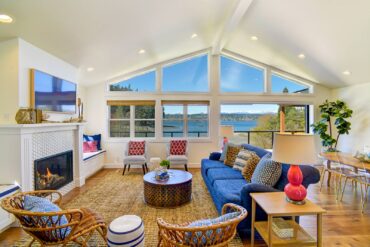 After reviewing the final plans, Brett Siemens, owner of Siemens Woodworking, shared the news that the family would have to move completely out and couldn’t live in the house during the remodel. The house would require a totally new foundation to support a new roof line and an expanded living space. 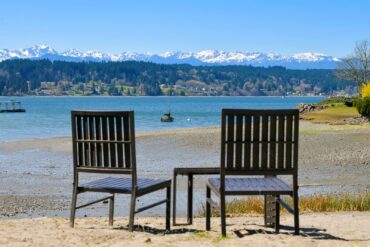 With a tight budget, living almost a year in a rental was not in the plan. Getting creative, the Huffmans borrowed a 32-foot trailer from a friend and moved it into their yard for their temporary living space. J Huffman is in banking and Brooke runs her own marketing company, The Social Sip. With both working from home, they needed separate living and work spaces. Since all coffee shops and most remote office spaces were closed due to COVID restrictions, they decided to purchase another 19-foot trailer for a shared office space during the remodel. 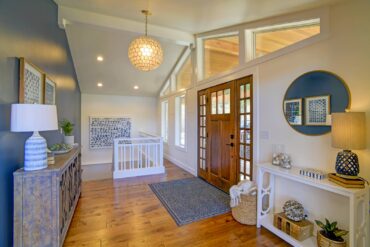 The family moved into the trailer and a whole group of generous friends started the demolition on their house in February 2020. With little more than a frame left of the house, the new foundation was set to be poured when the unimaginable happened. COVID-19 restrictions forced the construction crew to stop work because that industry was deemed nonessential.

This left the homeowners in their yard with a 4-year-old and a 6-year-old, whom they were also now homeschooling because schools had shut down. A few months went by with no progress on their dream home and the family started seriously doubting their move to the water. Day after day, there was no progress on their new home and the family sat helplessly camping in their yard for the unforeseeable future. 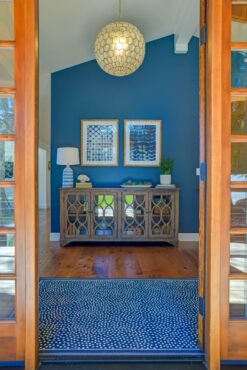 After a few months and countless calls, emails and letters to the governor, construction could resume; however, permit approvals were backed up, COVID costs were added on and material delays were multiplied. But once the ball started rolling again, it kept rolling. Siemens was the right contractor to have on the job. He stayed on top of the details, managed deadlines and pushed (in all the right ways) subcontractors to make up time. The COVID shutdown delay added three months to the move-in date and was now pushed to mid-December. 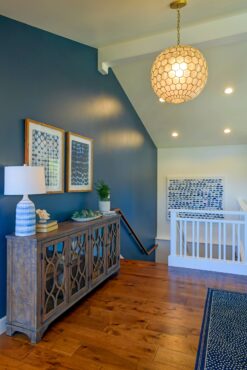 The Huffmans wanted the house to be something they would enjoy for years to come and made sure each detail was exactly what they wanted. They worked closely with their builder and interior designer, Ruth Cashell from Bainbridge Island, to select every meticulous detail and create the aesthetic that they wanted.

It helped that Cashell was also a friend of the family, because the many, many hours they spent working together to select everything from door handles to lighting, to rugs and flooring and paint colors was an enjoyable and fun process. She clearly has an eye for design and is a master at making the Pinterest board dream a real-life reality.

“Many materials were backordered or weren’t being made due to factory shutdowns, but Ruth navigated these challenges like a pro, finding similar items that also fit the budget and were available when needed,” Huffman says. 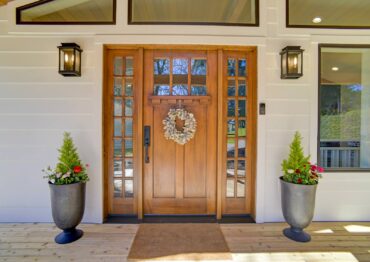 Timing was everything because the subcontractors were also backed up and in extra-high demand due to the shutdown. There was no wiggle room to reschedule, or that sub would be booked months out. The team worked together to press forward with an urgency to stay on deadline, given that winter was coming and the family was still living in their yard.

The Huffmans had made the decision early in the year to homeschool their kids, not realizing that would necessitate an area in the house to facilitate learning. What was drawn as a small home gym to accommodate a treadmill for avid runners turned into a learning nook instead. The walls were removed and the space under the stairs was turned into a quiet reading or homework area, or a space for the kids to play games.

The family also loves to entertain and wanted space for the kids to hang with their friends while the grownups could hang with theirs. The lower level of the house was envisioned as the kids’ zone. Both kids’ rooms are downstairs, as well as their shared bathroom, a TV/game room and the learning nook. Since a new foundation had to be poured, the floors were kept as concrete to allow for indoor scootering, skating and a lot less visibility for dirt and wear and tear. 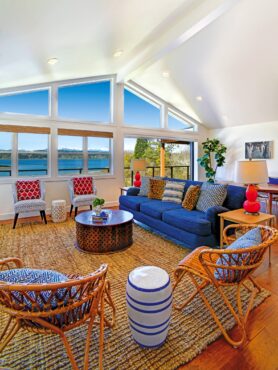 The Huffmans envisioned the kitchen and living room as the heart of the home. The family loves to cook and wanted to create a kitchen that allowed conversation with guests while cooking. While the couple tried to save where they could, the one nonnegotiable was the glass Fleetwood pocket door that opens onto the deck and takes in the views of Liberty Bay and the Cascade Range. In the summer, when the door is opened, it allows an airy, seamless flow between the deck and dining area. 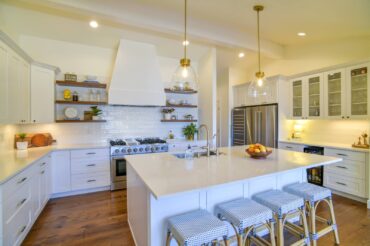 Although the process seemed excruciatingly slow for the family, 10 months from start to finish really isn’t that long for navigating the complexities of permitting and rebuilding a completely new home, with so many unforeseen delays. The family credits the amazing team they had working so diligently on the project.

The home was meticulously built with care, as if the team working on it would live in it themselves. The Huffmans settled into their dream home in mid-December and will enjoy the beach and amazing views for years to come.