The House of Music 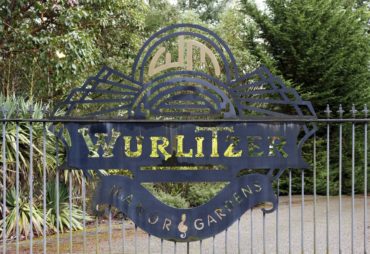 The stately, wrought-iron gate at the top of the driveway gives the first clue to what lies beyond: “Wurlitzer Manor.”

Wurlitzer Manor, the Gig Harbor home of Barbara Hammerman and Raymond Lavine since 2002, sits atop a bluff overlooking the Tacoma Narrows, with a straight-on view of Mount Rainier.

The house was built in the 1980s for a computer software wizard named Dick Wilcox, who wanted a home for himself and the theater pipe organ he’d purchased. Wilcox had designed a computer relay system that could be installed in the organ’s console and connected to a control panel to play all the organ’s components — the trumpets, drums, xylophone, cymbals, piccolos, strings, bells and whistles, clarinets — the entire “orchestra.”

Wilcox’s organ, officially listed as Opus No. 104, was one of many built by the Wurlitzer Co. in the early 1900s. It began its musical life at the Fox Theatre in Brooklyn, New York, in 1928 in the age of silent movies. When the theater converted to “talkies,” the organ was dismantled and stored in the basement for several decades.

During the pizza-and-pipes era, it found a new home in a pizza palace in Indiana. That’s where it was when Wilcox bought it in the mid-1980s.

Once the purchase deal was sealed, all Wilcox needed was a home that could accommodate the huge instrument.

He bought 18 acres of land in Gig Harbor just past the Tacoma Narrows Airport, hired Tacoma architect Jim Merritt to design the house and brought in the husband and wife team of Ed Zollman and Patti Simon to rebuild and install the organ’s 48 ranks of pipes and four-manual console in his new home.

“Dick originally wanted to have two separate spaces — a house and a performance hall,” Merritt recalled. “As we got into really looking at the topography of the site and started to design things, I suggested that we just put the performance space in the house — in the living room — and make it part of the home.”

That meant that the space needed to be acoustically “tuned” to handle the sound produced by the big organ.

Merritt had studied acoustics in college and had been involved in the design of several theaters, so he was up to the challenge. He designed a truss-type ceiling and included several different floor levels, with a lower space a few steps down from the living room, a small side room to aid sound movement and a balcony that “adds a kind of floating space.” 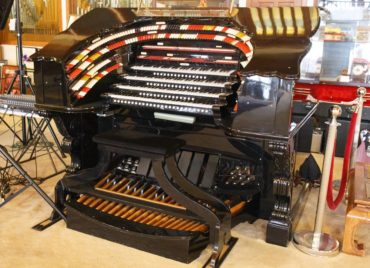 “The house just sort of telescopes,” he said. “The spaces are layered to add a sense of scale and volume. And there are all sorts of little details about the house that make it interesting and that help handle the reverberation and the sound of the organ.”

The carpeting also serves to absorb sound, and the number of people in the space influences the sound as well, Merritt said.

The home is big — 23,000 square feet — but it doesn’t feel huge, due to Merritt’s thoughtful design. There are just three bedrooms, one upstairs near the office area, two in the lowest level. The main floor is devoted to the organ and the entertainment area: living room (which includes the organ and can accommodate dozens of guests comfortably), the bar, dining areas and kitchen.

The organ’s pipes — hundreds of them — are visible in a glassed-in space behind the console. Most of the instruments (brass, winds, percussion and so forth) are installed high above in the vaulted ceiling. A couple of pianos located elsewhere in the room are also part of the organ. 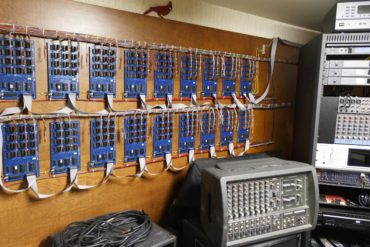 “The entire room was designed to make the organ sound as good as it possibly could,” Patti Simon said. “It’s a big space, but it doesn’t feel cavernous. When people sit and talk, they actually feel very comfortable and connected, not swamped by the space.”

“It’s all designed to move the sound, to control the sound,” Zollman added.

Zollman and Simon were part of the home’s design process and worked closely with Merritt from day one, carrying the organ components, piece-by-piece, from the airport hangar where everything was stored, to the building site, installing each part on site and watching as the home was literally constructed around the instrument. All this was years before they actually moved to Gig Harbor.

Zollman’s career as a pipe organ technician took them all over the world, from Seattle to pizza palaces in Burien and Federal Way; to Portland, Oregon; Colorado; Kansas; New York; California; England; Australia and beyond. 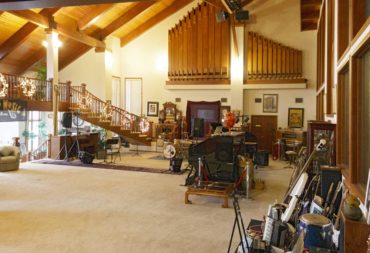 Zollman does most of the building and the “technical stuff” on every organ installation; Simon helps with wiring and serves as the “key holder” when the instrument is being tuned. She’s also a very accomplished organist and played the inaugural concert on the manor’s organ when it was finally in place.

“We’ve lived and traveled all over but our goal was always to end up on the Olympic Peninsula,” Simon said.

That dream came true in 2015 when she and Zollman moved to Gig Harbor.

By then, in 2002, Hammerman and Lavine had purchased Wurlitzer Manor and had begun a tradition of hosting house concerts and bringing people together to play music and enjoy the organ.

The couple had been living in California for many years, but Hammerman travelled frequently to Seattle to meet with clients, and they’d been toying with the idea of moving to the Northwest.

“We’d go camping and exploring the Olympic Peninsula and started looking around for a house to buy,” Hammerman said. 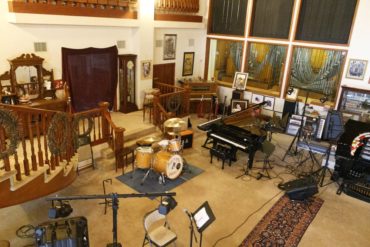 “We’d take Sunday drives and check out houses for sale all over the area. We wanted a place with plenty of room for music gatherings because music has always been an important part of my life, ever since I was a kid growing up in Louisiana.”

In California, Hammerman and Lavine hosted the annual Bean Hollow Beach, Blues and Bayou Fete, and touring jazz and blues musicians often stopped by to perform at the festival and stay at their beachfront home.

“We wanted to continue that idea up here,” she said.

Expanding their house search to the internet, Hammerman found a website that listed 50 homes for sale in the Northwest.

“Most of the listings were just one or two lines of text with no photos,” she said. “But one listing was three lines and included the words ‘Room with organ’ in a place called Gig Harbor.”

She phoned the number listed in the ad.

“The person who answered had a Southern accent,” she said with a smile. “The lady — her name was Dovey — said, ‘Honey, the house isn’t for sale right now, but why don’t y’all come over and see it next time you’re in the area.'” 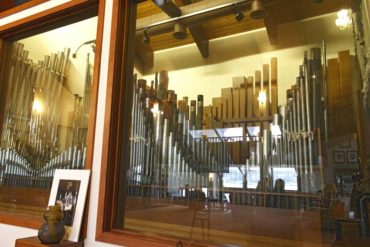 It turned out that Dovey didn’t own the house but was just serving as caretaker for the owners, a Mr. and Mrs. Johnson, who lived out of state.

On their next trip to Seattle, Hammerman and Lavine paid a visit. They spent an entire afternoon visiting with her and exploring Gig Harbor.

“We really, really enjoyed it,” Hammerman said, “so we sent Dovey a gift basket as a thank you.”

Not long thereafter, the woman contacted Hammerman to say that the homeowners were flying in to Gig Harbor. “They’d like to meet you,” she told them. “Can y’all come over for dinner?”

By the time dinner was over and Hammerman and Lavine went back to their motel, they had decided to purchase the manor.

The planets aligned: Within three weeks, they’d sold their home in California and become the third owners of Wurlitzer Manor.

“Actually,” Hammerman said, “my belief is that anyone who’s so fortunate to inhabit this house is the caretaker, rather than the ‘owner.'” 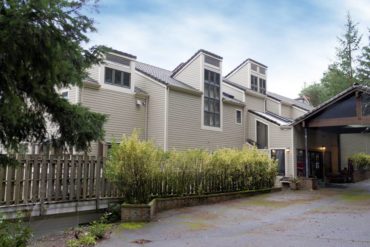 Since they purchased the home, it has become a gathering place for all kinds of artistic and musical experiences. It’s a “must-do” house concert stop for touring musicians travelling through the Northwest and for local blues and jazz musicians. It’s the scene of weekly rehearsals for United by Music North America musicians and has hosted numerous concerts presented by the Puget Sound Theatre Organ Society and a long list of professional organists, many of whose photos line the home’s walls.

For his part, Merritt, the architect, recalls the process of designing the house as a joy.

“It’s a wonderful memory,” he said. “I know it like the back of my hand and I can re-create the entire space in my mind as I talk about it — the skylights, the vaulted ceiling, the bar space, how the decks are placed on the water side of the house to break up the scale.

“But the biggest joy, for me, is looking at people’s faces and seeing the joy they feel in the space, how they respond to the space and experience the music.”

“You actually feel like the music is inside of you, like you’re one with the music,” Hammerman added. “And the most fun of all is seeing the reaction of children to the space: Kids run and dance and twirl and really love the space.”

As one little girl said, when she heard the organ play, “Oh! This house is alive!”

What Buyers Really Look at During Property Viewing