Millennials are changing the way you buy, sell and even remodel property.
May 31, 2018 - Featured, The Home - Comments:
Text by Elizabeth Drolet 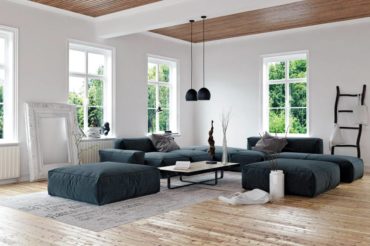 Maybe it was the catchy lyrics of the ultimate girl power and ’90s dream band, Spice Girls, who first inspired this generation of young adults to want to tell the world what they want (what they really really want) in this “Wannabe” digital world of heavily used and preferred social, insta and virtual communication.

A generation frequently identified (and criticized) for thumbs that were born to text, Suri as the ultimate Jiminy Cricket for navigating life, food tasting better with a like, and always, always, having an app for that. 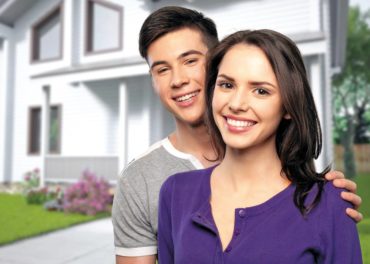 However, millennials are also a product of some harder and less talked about times, including a colossal housing crisis in 2008 and a very poorly timed recession (when most were just graduating from college). Times that created a perfect storm of record-level student debt and zero credit upon entering and staying in a challenging workforce. All contributing to the “later start” in adult life, defined as starting families and buying homes.

According to Best in American Living Magazine, millennials and the younger generation (Gen Z) have made home buying an entirely online experience. They also are more resourceful in comparison-shopping and want to use the most-efficient method in buying and renting housing.

They utilize a cocktail of apps, social media and other technology to find their next home. Therefore, successful realtors are holding their attention by maintaining more user-friendly and tech-happy means of selling, i.e. personal social profiles, heavy video content and custom apps.

Millennial Brittany McConahay, a mother of three, echoed this sentiment. McConahay and her husband, T.J., are homeowners in their early 30s and have recently moved to Bremerton from Woodburn, Oregon.

“When we were moving, we had every housing app imaginable, like Zillow, John L. Scott and Redfin. We would check repeatedly throughout the day,” she said. 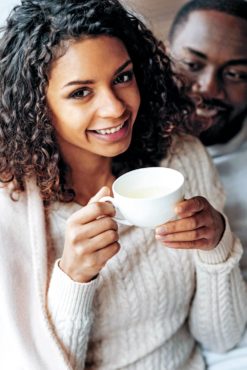 McConahay also filtered her search to only sellers had the most up-to-date virtual video tours and content.

“We needed to see as much of the house online as possible. We didn’t want to waste a day by driving five hours to see something we weren’t interested in,” McConahay said.

McConahay’s most important filter in her search for a home was a quality location, i.e. safe neighborhoods, a proximity to grocery stores and safe streets for her kids to play. A requirement that could have been tricky, as she was unfamiliar with the area.

However, thanks to social media, she was able to reach out to the local community right from her home in Oregon.

“Facebook opened the door to many community forums. I could message other local families and ask where the best neighborhoods, schools and places to buy were,” McConahay said.

The decision to buy instead of renting a home has always been obvious to them. McConahay said she wanted to invest money, not just spend it. However, what was not so obvious was how to buy in a broken market.

“We had a lot of student loan debt and not a lot of credit. We both had full-time jobs, but just not a lot of credit history. We bought a bank-owned house and had to jump through several hoops to get there. We waited months and months and luckily we had my grandfather, who knew the language and could help us safely navigate through the process,” she said.

This archetype may account for a 2017 analysis from the Pew Research Center, which found that “there was currently more renters than any other time in U.S. history” and “young adults (those younger than 35) continue to be the most likely of all age groups to rent.”

Millennial married couple Jestine Wood and her husband, Bobby, are an example of these “more likely” renters. The couple are in their late 20s, want kids someday but don’t have them currently, and live in a “burb” outside of Seattle. Wood said they wanted to keep their options open and weren’t ready to put all their savings in one place.

“We didn’t know what area of the Pacific Northwest we would like to settle down in or if a job opportunity out of state would come,” Wood said.

The ability to be open and willingness to change is another staple of the millennial generation that McConahay touched on as well.

“I don’t think my parents bought homes with the intention of leaving. Their generation stayed at the same jobs and homes their entire lives and we just don’t live in that same reality. We have seen a lot of rapid change in a short amount of time. We expect the world to change and we are willing to change with it,” McConahay said.

Specific home design, remodeling and a desire to live in “burb” locations have additionally been a typical shift in perspective of the millennial buyer. The Woods chose Bothell because they could live in their specifically desired home that they could afford while also enjoying other city perks, such as social life and amenities.

According to NAHB Remodelers, 90 percent of homeowners under the age of 42 are interested in remodeling and spend almost twice as much as others on upgrading. In 2016, the HGTV network calculated 4.5 million weekly viewers among the ages of 21-34.

When looking for a home, Wood wanted an updated kitchen with new appliances, white cabinets, wood floors, “a backyard for her fur-babies,” lots of natural light and areas for the couple’s passion projects.

According to MultiBriefs Exclusive, Wood’s housing needs are very much in line with her contemporaries. “Hardwood floors, contemporary kitchens and open floor plans” were among the trendiest design trends seen on HGTV and thus sought-after by millennials.

“My favorite TV show is either ‘House Hunters’ or ‘Fixer Upper’ and I watch HGTV weekly. These shows allow me to see what other homes are like, what the housing market is like, how homes can be remodeled and how much [stuff] you can find behind the walls during remodeling,” Wood said.

Values and lifestyle are also a different characteristic of the millennial buyer. Millennials tend to care about community and have a mission to make the world a better place and thus businesses’ values are taken into consideration.

“We want to lead more mindful lives and be more aware of our impact on the world — water-saving toilets, power-saving appliances and lights, central heating, etc.,” Wood said. However, she understands this is more of a luxury.

“My grandparents were more concerned with just providing a safe roof for their families,” Wood said. “We are growing and changing as a culture and that is OK.”