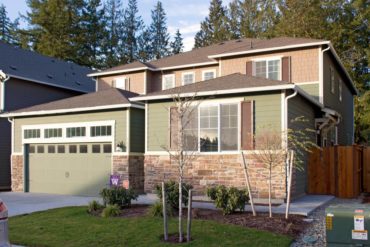 Gig Harbor resident Dawnita Parkinson, a former Russian linguist and captain in the U.S. Air Force who is currently a stay-at-home mom, said she usually gets two reactions when people hear that her father-in-law lives with her.

“They either say, ‘Oh my gosh, how do you do that, I could never live with my in-laws,’ or they get excited and want to build their own NextGen home. Either way, people are always very intrigued,” Parkinson said.

NextGen is a “home-within-a-home, designed especially for multigenerational families” by national homebuilding company Lennar. Established in 1954, Lennar is changing the way people build homes and live in them. The company introduced its NextGen housing in 2012 and according to its website, it’s the first to offer this type of home. 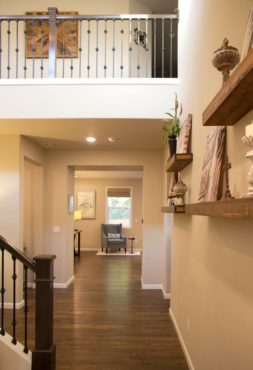 Parkinson and her husband, Darryl (a former lieutenant colonel in the Air Force and current commercial pilot for Alaska Airlines), built their NextGen home in 2016. She said they couldn’t be happier with the result.

According to Lennar public relations director Valerie Sheets, there are approximately 200 NextGen homes in Washington state, and every NextGen home that has been built has been sold. She said that some communities currently have waitlists, while others have these homes available for sale. 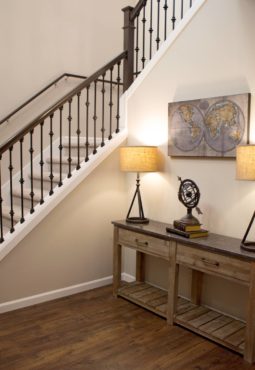 The Parkinsons were also originally waitlisted.

“Whether it’s grandparents living with their children or grownup children coming back to live with their parents, Lennar has really tapped into a very popular need,” Parkinson said. 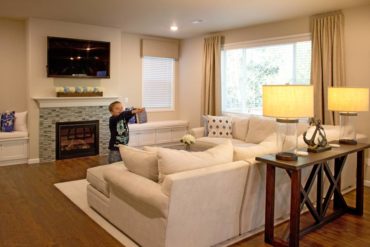 The NextGen floor plans are essentially a private home-within-a-home, including full kitchen, separate entrance, living room and washing and dryer unit. The floorplans work to “accommodate family needs without sacrificing privacy or comfort.”

The Parkinsons were thrilled to learn about this housing option after Darryl’s 78-year-old father, Nick Parkinson, moved in with them.

They were struggling to keep their son, Conor, 5 years old at the time, out of his grandfather’s bedroom. They needed a better living arrangement that would respect the elder Parkinson’s privacy. 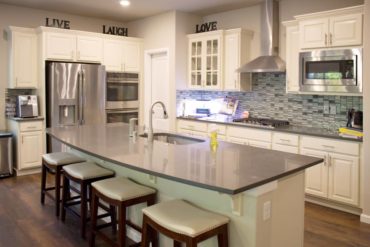 “My father-in-law is a very polite man and we wanted to make sure his boundaries weren’t crossed,” Parkinson said.

Before moving in, Nick Parkinson had lived independently from the family with his wife. As a healthy older man, he had had no intention of living with his son. That’s when life changed and the family was forced to change with it.

“I had just retired as a helicopter engineer from Soloy Aviation Solutions in Olympia and unfortunately shortly thereafter, my wife died of advanced emphysema,” he said. “And so it could have been a dicey moment — going into retirement and then losing my wife.”

Soon after, his back went out, which prompted the family to ask him to move in.

“At first, it was only temporary, and he was staying in Conor’s old bedroom,” Parkinson said. “But as time went on, I realized what a precious gift it was for my son to have his grandfather nearby.”

Conor and “D-dad,” as he calls his grandfather, are extremely close. “Every day when Conor returns from school, the first thing he does is knock on D-dad’s door, and they will spend hours playing,” Parkinson said.

On any given day, the two can be found pursuing many of their shared hobbies. The list includes building model airplanes, drawing animals, or allowing their imaginations to run wild during a nature walk. 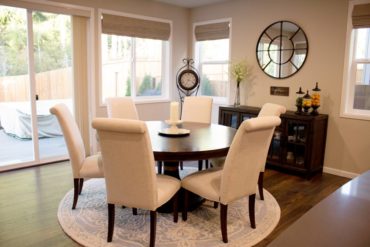 “He is bit of an aviation buff, either willing or unwilling,” Nick Parkinson said with a laugh.

A native of England, the elder Parkinson moved to New Zealand after graduating from high school. There, he met Conor’s grandma, a native of New Zealand — a fact Conor is well aware of, as he has gained a better understanding of how people travel the world and settle in different areas.

“He’s learning a lot about my father and his great- and great-great grandparents. He really likes to look at pictures of them and ask questions about New Zealand and England,” Nick Parkinson said.

“Conor’s eyes will bug out” when he talks about historic castles in England and he especially enjoys “cracking jokes” about his grandpa’s accent.

“I’ve lived in the states for the last 40 years and don’t notice it (the accent) much anymore, but he sure does, and quite likes making jokes about it. He’s a funny little guy,” D-dad said.

Nick Parkinson eats dinner with the family every day. He fixes things around the house, which is helpful since his son is gone half of the week for work. He then has the option of retreating back to his own house whenever he wants.

The “biggest blessing,” according to Dawnita Parkinson, has been to watch the relationship of her father-in-law and her son flourish.

“I love the fact that we are able to be here and honor Nick this way, and I don’t know many 7-year-olds that have such a strong sense of family and knowledge of where they came from as Conor does,” she said. “To have three generations of men in the same house is a precious thing.”