What Next? Pink Ponies? 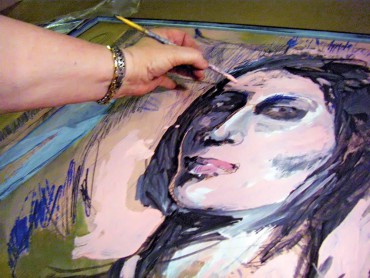 That ever-charming, disarming pink — it is a color for all seasons and reasons that comes and goes, peeking around every corner to capture our attention.

Pink is a cool color that easily teeters the prism from mauve to flamingo, 10 parts white and one part red, and a trillion deviations in between. Pink’s popularity never wanes, but that popularity skips around like a bug on a summer pond.

Historically, pink has probably been the least popular interior design color, yet its cousins, the mauves and maroons, have been the most popular. Then the ’80s took mauve over the top to the extreme brink of saturation, and then the ’90s completely ignored the milk-gray pink. Today mauve is the comeback kid, as is pink. 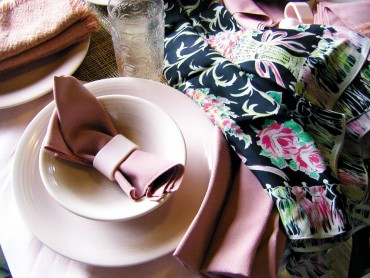 Also historically, the ’50s loved pink! It was the kitchen cutie that shaped a way of life, a cool color that was synonymous with pearl-clad mothers in the kitchen. Pink and aqua were dancing partners, and Pyrex provided the stage.

Today we seem to tire a bit of the heavy earth tones and look to the cool hues as a break of sorts, not wanting to banish the warm comforters but just add diversity. And today, contemporary settings often call for cool pink companioned with browns and black.

Personally, I have been in the wrestling ring with pink for the last two years. Being that combo creature of an artist, writer and filmmaker, I took on the study of pink and fell in a quagmire of bulk. I painted with pink, created a pink table installation, interviewed people, remodeled a bathroom pink and black and even produced a half hour film, “Pursuing Pink,” but no conclusion ensued. Emotionally it was a void. I liked it — but pink? Who cares? On to something else, I would say.

Then, I decided to confront the pink elephant in the room. I once again began creating fine art, pink table-installations, buying pink paint and accepting a friend’s invitation to the rodeo not realizing it was “Tough Enough to Wear Pink” night. 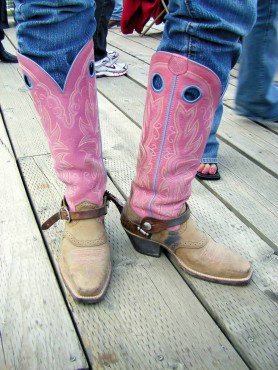 As I entered the VIP enclosure, I looked down to the lower pink-clad tables and barely noticed a friend waving as I saw her granddaughter, Little Miss Thunderbird, adorned in pink. It was as if my camera took on a life of its own. After clicking shots of “Little Miss Thunderbird” Sadie White, I noticed Nick Corey wearing a gorgeous pink shirt, then a statuesque young woman wearing ornate pink cowgirl boots and then the handsome cowboy wearing the pink T-shirt saying, “Tough Enough to Wear Pink.” And the ol’ camera took pink picture after pink picture.

As the screams of bronco mania filled the arena, acquaintances Wendy Davis and Lori Pritchard independently found their ways to my side. We all hugged. Great event, we agreed. Wendy made mention of me donating art next year and I said, sure. Months before, Lori and I had talked about my doing a rodeo pony piece, maybe for a wine label. Obviously the stage was being set for a pink-calling.

That night, pink dishes and flamingo throw pillows floated in my dreams and I awoke to a revelation: pink pony paintings for breast cancer awareness — and so that charming, disarming pink once again captured my attention.