Light Therapy — Ideas to Brighten up Your Home

It’s a familiar feeling. The bright light of summer gives way to fall, and the light fades until winter arrives and leaves the landscape perpetually shaded. For residents of the Pacific Northwest, the ensuing gray skies can cause everything from the blahs to full-blown cases of winter depression. How to lighten up?

Look for the Light

If you’re in the process of planning to build a house, be aware of where the light comes from. A common mistake future homeowners make is to have house plans in hand and be ready to build without spending adequate time considering how the house will sit on the lot, according to Dave Godbolt, owner of Sentinel Construction in Kingston.

“It does take some more thought and care, but it’s worth the extra money to have a professional look at the site,” he said. A professional knows to evaluate a potential site taking into account issues like heat gain, the size and type of windows needed and ventilation. 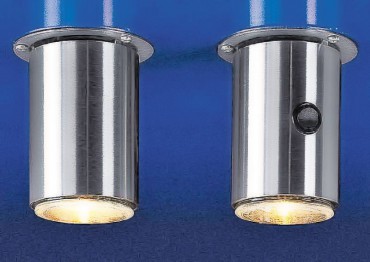 “Theoretically, a professional also understands the difference between summer sun and winter sun,” Godbolt said. Even with a remodel, a professional will evaluate how and where any new construction sits, something it may be hard for the homeowner to do.

“Sometimes homeowners get an idea and get locked onto a path and are unable to step outside themselves and get a different perspective,” Godbolt said.

If more light in the interior of the house is important, homeowners have increasingly sophisticated options for achieving this short of a major remodel.

Recent developments in windows, skylights and natural light tubes have made it possible to gain interior light without sacrificing energy efficiency, said Frank Murr, owner of The Window and Door Shoppe in Poulsbo.

As an example, he holds a heat lamp over a regular window, then over two windows with low-emissivity (low-e) coatings. In the first scenario, the heat is transferred easily through the glass, but with the low-e windows, especially the newest low-e window to come on the market, the heat is hardly detectable on the other side.

Low-e windows appeared about 20 years ago. The technology consists of applying microscopically thin metal or metallic layers between layers of glass, which dramatically reduces the U-factor of the overall window. The U-factor measures the effectiveness of the window to stop the transfer of heat; the lower the U-factor, the less heat transferred and the more energy efficient the window becomes.

Murr said when low-e windows first came on the market, the metal glaze was noticeable, but improvements in the technology have made it virtually invisible. The improving performance of the low-e windows allows more windows to be used (in accordance with state and local energy requirements) without sacrificing energy efficiency, he said.

Also popular for adding light to interior spaces are skylights and natural light tubes. Murr offered a couple of cautions, though. Skylights should only be installed with tempered or laminated glass to cut down on damage from ultraviolet light, and if this is a real concern (where sunlight might damage valuable furniture, artwork, etc.), a screen or roller shade can be installed over the skylight.

Natural light tubes are a relatively inexpensive way to add light to a room (one can be installed for about $450), but because they aren’t laminated, they can cause issues with fading. Murr told the story of one couple who installed light tubes in their his-and-her walk-in closets; the husband called a year later to report that his wife’s $600 red suit had developed an orange shoulder.

“In the right situation, though, they’re a great deal,” he said.

Another inexpensive alternative to brightening up an interior space is to choose the right colors for your walls, said Jill Peyton of Artistic Expressions in Gig Harbor.

“Especially in the Pacific Northwest, I try to steer customers toward warmer colors, like golds and coppers. It may sound dark at first, but I think it really warms and brightens things up,” she said.

Even when customers prefer cooler colors — grays and blues are popular right now, according to Peyton — she will suggest applying a warm wash over the top. A bronze glaze followed by some stenciling with brown tones can help balance out the cool tones.

“Sometimes people may not realize how a chosen color will darken the room,” she cautioned.

Don’t Forget to Look Outside

No discussion of lightening up the interior spaces is complete without attention to the exterior, though.

For Patti Horvath, a landscape designer with Clear Creek Nursery in Silverdale, winter is the perfect time to start planning changes to your yard because during winter “you get to see the bones of your property.” If dramatic changes are in order, it’s also a good time to draw up plans and get on someone’s installation schedule for spring.

A common mistake homeowners make, Horvath said, is to “overplant” their landscapes because they want to see a yard full of plants right away. In addition to this desire for instant gratification, people often pick out plants in nurseries without realizing that most tags on trees and plants tell how big they will be in approximately 10 years, not how big they might be when they reach maturity. This can result in a landscape where plants crowd one another or grow too big for their locations (in front of windows, for example).

In addition to resisting this urge to overplant, homeowners should look at mixing evergreens with deciduous plants that drop leaves during the winter, thereby allowing more light to permeate.

But what about those already established trees and bushes blocking out the sun? If installing skylights isn’t enough to brighten things, Horvath recommends selective pruning by a qualified arborist before taking the drastic step of removing trees or plants.

“The inside of a tree, if it’s completely shaded, doesn’t do very well,” she added.

In the often-gray Pacific Northwest climate, the same could probably be said of people.