‘The Complete Book of Ferns’ 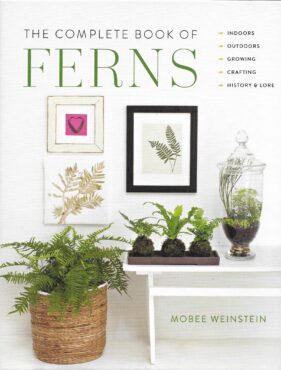 In the Victorian era of the 1800s, there began a fad called “pteridomania” or “fern fever,” referring to a huge popularity of all things pteridological. “Pterido” is from the ancient Greek word pteris for fern. Back then, the craze involved more than just collecting ferns, but also the incorporation of the fern motif as decoration on all forms of art. No item was immune from adornment with fern frond designs.

While the intensity of the Victorian-era love of ferns has subsided, pteridomania persists to this day. Within the gardening world, a love of ferns survives, as attested to by various fern societies like the Hardy Fern Foundation and American Fern Society. Many different books on ferns have been written for gardeners and other pteridophiles.

A long-term fern lover will likely have a large library of fern books, but for the beginner, finding a good reference book can be difficult. Early 2020 saw the release of a new fern book: “The Complete Book of Ferns” by Mobee Weinstein, published by Cool Springs Press of the Quarto Publishing Group. It’s a good book for any fern lover, but it’s especially well suited to beginners or people looking for a new hobby. 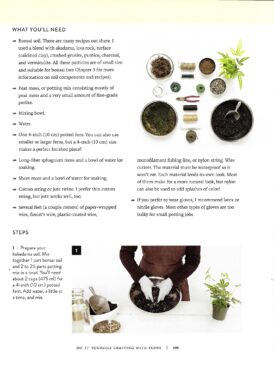 The author, Mobee Weinstein, is well-qualified to write authoritatively about ferns and fern gardening. She is the foreman of gardeners for outdoor gardens at the New York Botanical Garden in the Bronx and is a frequent garden speaker for various organizations and a university lecturer. She has appeared on radio and television (NBC, ABC and Martha Stewart Living) and has published many articles and book chapters on various topics including ferns. 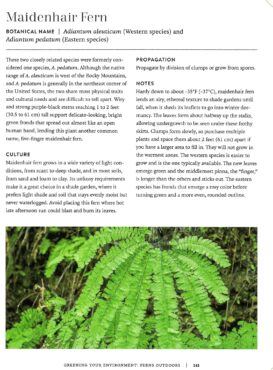 The book is well-written throughout and includes appealing, clear, professional photos. All the text is concise without taking forever to get a point across — but long enough to provide a good understanding of the subject matter. Weinstein is one of those authors who can tell a story without being wordy, making this book a pleasant read.

The first chapter, “History, Lore and Uses,” provides a good introduction to the world of ferns. Weinstein describes just what makes a plant a fern and how humans have used ferns throughout history. She covers the Victorian-era pteridomania and lore such as the myth of the “fern flower.” Weinstein finishes the chapter by describing a tiny, seemingly inconspicuous water fern that has a significant effect on rice cultivation to help feed much of the world’s population (incidentally, this water fern can be found in Kitsap County).

Chapter two details basic fern botany that every fern lover should know. The basic naming of fern parts differs a little from the more familiar flowering plants, as does their lifecycle. Readers will learn how ferns propagate and how they can grow more from spores. Even scientific naming is covered to help erase some confusion on the subject for the beginner. 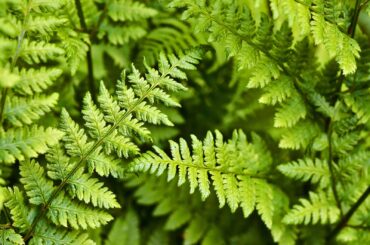 The next two chapters cover ferns for tropical environments (or indoors) and for the outdoors. Descriptions are written for beginners but convey all important information on the culture of the ferns. Photos are clear and readily help identify the species. Sections within these chapters discuss how to care for ferns in their environments and even troubleshooting when problems are encountered.

Finally, for those interested in pursuing the Victorian-era pteridomania, the last chapter details do-it-yourself crafts with ferns. Instructions are clear and supported by photos that are both educational and visually pleasing. Craft topics include terraria, vertical gardens, kokedama (“moss balls”), pressed-fern frond art and even cyanotypes.

“The Complete Book of Ferns” is not only a great starter book for prospective fern lovers and hobbyists, it is visually pleasant and interesting for casual reading. This new book will fit well in anyone’s library.