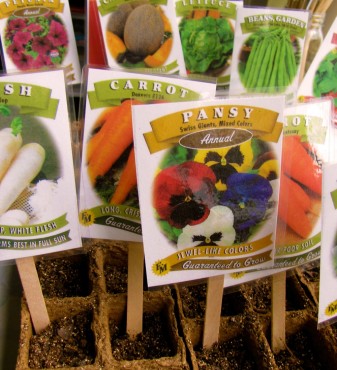 Get Ready for Gardening

Start looking for seed packets at local nurseries during the months of January and February. The sooner, the better for best selection. If you wait too long to pick up veggie seeds, you may not get the ones desired. For maximum success, it’s best to choose short-season varieties that reach maturity in 60 days give, or take 10 days.

Get ready for seeding radish, lettuce, peas and other cool-season veggies into the garden in March. Ask at your favorite nursery about the arrival of seed potatoes to plant on St. Patrick’s Day. It’s also a good time to watch for onion sets and strawberry starts.

Don’t forget to start turning over veggie beds if the days continue to be mild and dry. If soil is too moist, though, don’t begin yet. If you grew cover crops, chop them back; allow them to decompose a bit and then turn them into the soil. Repeat the turning over and under process every few weeks so the beds are ready to plant in March, April and May.

Also check with the Kitsap Extension Office to sign up for the organic gardening classes on Feb. 13 and 27 and March 12 and 26. The cost is $150 for all four classes or $45 each class individually. Classes are at the Norm Dicks Government Center at 345 6th Street in Bremerton. The classes provide resources both in print and online on how to grow fruits and vegetables in our region. It’s one of the best classes ever. 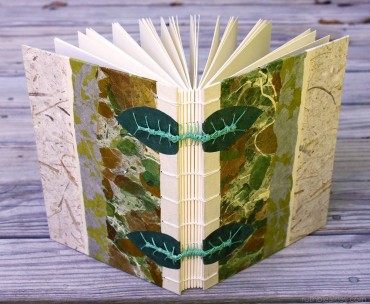 Last but not least for January and February, head outside on milder days and do some garden cleaning up, pruning and slug-egg hunting and destroying. It’s also a good time of year to dig up and move plants, if needed, and start visiting local nurseries for new plant purchases.

Make this the year that you actually take notes and map out placement of planted veggie seeds and ornamental plants. Maybe even start a written gardening journal, keep records on a computer or start a photo record of this year’s gardening season.

Raccoons are fast becoming a nuisance in many West Sound gardens and neighborhoods. They are so abundant in some areas that their waste products are polluting local streams. Their droppings left in backyards are truly foul and unwelcome.

The stream pollution has been confirmed by Kitsap Public Health surveys. Wildlife biologists from Washington Department of Fish and Wildlife were actually consulted and called in to assist with relocation of raccoons to other areas to help reduce the pollution caused by raccoon droppings. 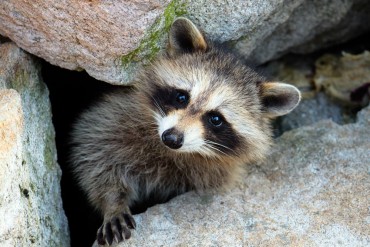 A spring 2010 Get the Dirt column covered the life cycle of raccoons. But since that time, raccoons have been leaving wooded areas (where they should belong) and attempting to set up homes in backyards, on roofs, under homes and in other raccoon-suitable sheltering areas that aren’t in “the wild” so to speak. They have become a dangerous nuisance in some local areas.

It is not the raccoons’ fault, but it is the fault of humans who think raccoons are cute and want to make them into outdoor pets. Humans mean well, but this is not a good thing. It truly is time to stop feeding the raccoons. They will not starve. They will simply return to where they should be — in the local forests and wild areas, not in our neighborhoods.

Raccoons are native to North America. They have tremendous adaptability to their environments. Many live in dens and others spend a big portion of their lives up in trees.

In some neighborhoods, they are taking up residence on roofs and in attics, in storm drains and in backyard hollow trees, brush piles, dense foliage and dens dug into hillsides.

Studies show that a raccoon can remember a solution to a task as long as three years later. These creatures are nocturnal (but are seen during daylight hours too) and omnivorous. It’s believed the white circles around their eyes and their black masks aid in night vision.

In their natural, wild environment, their average diet is 40 percent invertebrates, 33 percent plants and 27 percent vertebrates. Dry dog and cat food left outdoors has been shown by researchers to actually cause gout in raccoons. It should not be part of their diet.

Raccoon family life is gender specific. Females do most of the family rearing. Males come and go when needed. The males can be quite fierce fighters and so can a female when defending her kits. They’ve been known to rip open the stomachs of dogs and cats that got too near their territory.

During mating season, their feral-sounding snarling and screaming can be heard quite frequently. It is not a friendly sound.

According to research, the average life expectancy of a raccoon in the wild appears to be 1.8 to 3.1 years. The gestation period for raccoons is 65 days. Kits are blind and deaf at birth. Their ears and eyes open after 18 to 23 days.

Raccoons are agile and comfortable on land, in trees and in water. They can swim 3 miles per hour and stay in water for several hours if necessary. They swim and pant, which provides their bodies with a dual cooling system.

They have “vibrissae” on the tips of their nonretractable claws. These vibrissae aid in finding edible food. The paws are responsible for two-thirds of their sensory perception.

Even though raccoons appear to have small hands similar to humans, their thumbs are not opposable. Purring, chittering, various growls, snarls and snorts make up a raccoon’s language.

Tags: garden, gardening, get the dirt, northwest, outdoors, plants, things to do, wildlife