Florigraphy — The Language of Flowers 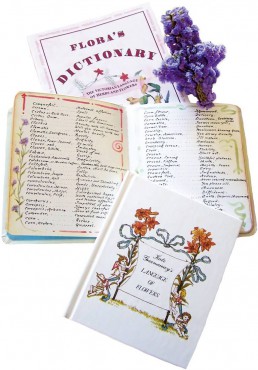 When we send someone flowers, they are usually sent to express a sentiment. Wishes of love, sympathies, regrets, new birth and death all get scribbled on the little card tucked into the arrangement.

“Those of our time do use the flowers in sallads to exhilarate and make the mind glad. There be also many things made of these used everywhere for the comfort of the heart, for the driving away of sorrow and increasing the joy of the mind.”
~ John Gerard, noted in his famous herbal of 1597 (borage)

A call to the florist can send flowers from everywhere and can be sent anywhere. Have you ever wondered, beyond the multimillion-dollar floral business, what sending flowers to people is all about?

Let’s drift back a bit in history to find some foundation to where expressing emotion by sending flowers comes from. Plant discovery in history is rooted in the naming, use and symbolism of what the actual growing thing represents. Plant names go back before records existed, and discovering the living element and usefulness of plants is where many plants have gotten their names.

Plants and flowers were used for dye, food and healing. In discovering ways to use plants, sometimes names just simply came about because of the way they looked, what part of the body was healed by their use and what legend or lore happened because of them. It is a long, deep study in botany with some fascinating twists.

As the interest in ornamental gardening and botany grew, so did interest in the individuality of plants. The recorded art of the language of flowers can be traced back to first written herbals in the 1600s but became very popular in the Victorian era. The love of garden and the indulgence of plants in the 1800s brought about a new artistic way to express a personal side to the garden.

Floral dictionaries were part of the study of gardening. A bit old-fashioned to be sure, the language of flowers gives sentiments attached to over 650 varieties of plants and is a form of communication. Many of the meanings come from someone’s gaze upon the plant and many are derived from the root of their botanical Latin name.

When you read a long and varied list of flowers, the sentiments cross emotions from happiness to morbid, from ridiculous to sublime. A fashion of the Victorian era was to send a greeting to someone as a fresh bouquet of plants called a Tussie-Mussie. Each flower in the small hand-held bouquet had a meaning. Sequence together the meanings and the message was delivered.

Much on the subject and use of the language of flowers has been written about but it could also be said this is a precursor to greeting cards and social networking.

Chamomile = may your wishes come true

Pansy = thoughts of you

Sweet alyssum = worth beyond beauty

Take an exploration into a few meanings to see where they can be traced to.

Pansy: The flower language of a pansy expresses “thoughts of you” and is said to be derived from the French term “pensez-a-moi,” translating to” “think of me.”

Sage: The herb sage signifies wisdom and even a look in a dictionary defines its meaning as wise. All of this wisdom is rooted in the fact that sage medicinally was thought to give vitality and long life. Its Latin name, salvia, derives from a word meaning healthy. A long and healthy life does make one wise.

Belladonna: The flower Belladonna symbolizes hush or silence, an apt description since the flower is very poisonous. Delving into its medicinal history, you can see more into its meaning. The medicinal drug atropine is derived from belladonna, which paralyzes and inhibits nerves and bodily functions.

Walnut: The walnut was thought to resemble the brain in appearance and so it was used to treat brain maladies. The doctrine of signatures in the 16th century stated that similarities of plant shapes to a body part could be used for the treatment of the illness ailing it. Naturally the language of flowers terms the meaning of walnut as intellect.

Apple: When you note that the apple means temptation, there is probably no further look into where that meaning is derived from.

Rose: Probably the most popular in the language of flowers, the rose conveys a message of love. The color of the rose sent is said to further define the level of love, from the yellow rose of friendship to the deep-red rose of passionate love. Just be careful that the rose isn’t fading or dried, as it means death to that love.

Rosemary: For remembrance, the oil of the herb rosemary is said to help boost mental clarity by working directly in the central nervous system.

As you see the link between nature and the symbolism of flower meanings, you can see that these meanings stem from more than a romantic notion made popular by ladies in England. The basis was a way to further study plants and their attributes. It also makes exploring plant nomenclature fun.

This article was first published in the Winter of 2010 print edition of the WestSound Magazine. Any discrepancies, omissions, or inclusions that seem incorrect are purely due to the age of this article. WestSound Magazine deemed this article useful and beneficial as a contribution to today's readership, and therefore is included in this site's online article archives. If you feel the content of this article is detrimental due to its age, please feel free to contact us to request removal or modification.
Tags: flowers, garden, horticulture, plants 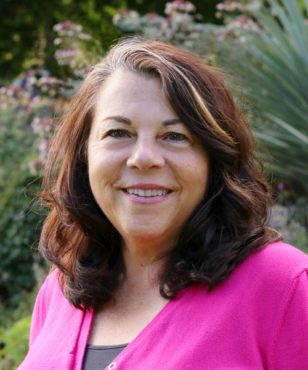 Sue Goetz is an award-winning garden designer, writer and speaker. Through her business, Creative Gardener, she works with clients to personalize outdoor spaces, from garden coaching to full landscape design. Writing and speaking are other ways she shares her love of the garden. Her motto, “inspiring gardeners to create,” defines her talks and hands-on workshops.... (see more by Sue Goetz)