Poulsbo’s Historical Museums: The Past in the Present 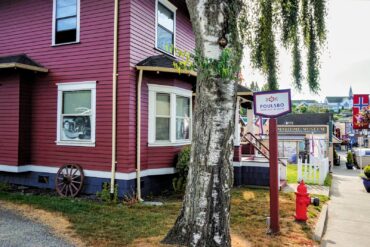 Painted in traditional Scandinavian colors of red, white and blue, the two-story, craftsman building on Poulsbo’s main street is known by longtime residents as the Nilsen-Sonju house. Norwegian settler Einar Nilsen built the house in 1908, renting the upper rooms as apartments before selling to the Sonju family in 1919.

Subsequently, the building had multiple lives — among them a yarn store, a clothing outlet and a quilting shop. However, befitting its historic significance, today it’s the home of Poulsbo’s Heritage Museum. 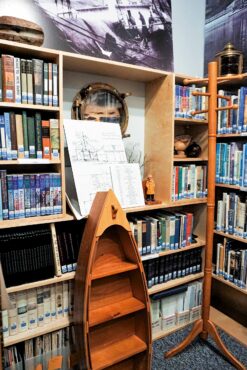 Next door, the former 1909-built Liberty Bay Bank now houses Poulsbo’s Maritime Museum. And nearby Nelson Park is the location of the third member of the heritage trio, Martinson Cabin Museum. All three are run by the Poulsbo Historical Society and are well worth a visit to explore the 19th and 20th century northern European immigration to greater Poulsbo and the Scandinavian-inspired maritime and logging history that resulted.

The historical society began with a group of longtime residents interested in preserving and displaying the stories and artifacts of early Poulsbo locally rather than at the county historical museum in Bremerton. Their collection quickly outgrew available storage space in members’ barns and homes before maxing out dedicated museum space at the old and then the new Poulsbo City Hall.

“As our collection expanded, it became clear there were enough artifacts and interested volunteers to feature the town’s boatbuilding and fishing history,” said Judy Driscoll, longtime volunteer and museum curator. “Since many of those artifacts consisted of oversized items like boats, a separate space was necessary.” 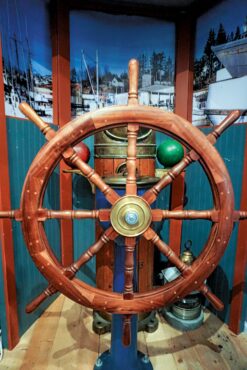 When a main street gift store didn’t renew its lease on the landmark bank building, the Poulsbo Historical Society mounted a fundraising campaign to buy and refurbish it, explained Driscoll. In September 2015, the Maritime Museum opened its doors.

The museum’s building has a distinctive history, according to the interpretive signage on the exterior. It was the first locally owned bank in town and the second one constructed of concrete, with early transactions conducted in Norwegian, Finnish and Swedish currency — the funds brought by immigrant settlers.

Many of the exhibits explore the history of Poulsbo’s early boat-builders, such as Martin Bjermeland; Chris Haugen; Einar Nilsen and Ronald Young, who popularized the “Poulsbo Boat,” a 15- to 18-foot, open wooden craft used by area fishing resorts. Young eventually built 900 of the venerable boats.

Other exhibits highlight the Pacific Coast Codfish Co. with displays including fishing gear, navigation instruments and ship equipment from one of the largest early employers in the area. A narrated 1950s documentary explains the importance of the codfish industry. 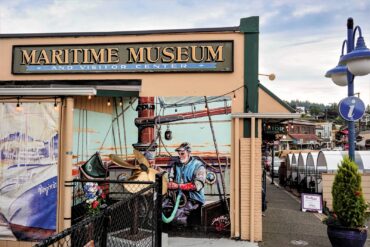 A rare collection of maritime books and novels, available for research, occupies a library corner of the museum.

Outside is a simulated boatyard fronted by a replica of the pilot house of the Hyak, one of the Mosquito Fleet ferries that transported passengers and goods between Seattle and far-flung Kitsap communities.

Membership, volunteer and visitor rates increased with the opening of the museum in a main street location. So, when the adjacent Nilsen-Sonju home became vacant, the historical society began a fundraising campaign to acquire it as the venue for its non-maritime collection. Volunteers packed, moved and arranged exhibits and in 2021, the Poulsbo Heritage Museum opened to the public. 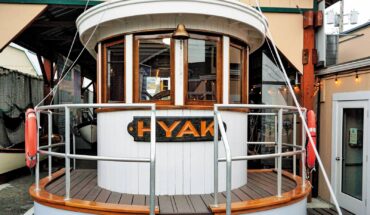 That expansion brought about additional changes, explained Mary Ann Acosta, director of operations. After three decades as a volunteer organization, she was hired as the first paid staff person.

“We are growing and adding programs. As much as we’d like to continue as an all-volunteer group, we need to work toward sustainability,” she said.

There are plans afoot to expand the museum’s outreach. “The second level of the building can’t be accessed by the public until we make it ADA compliant,” Acosta explained. “That means putting in a sidewalk and a lift to that floor. We hope to use it for museum presentations, community meetings and groups such as our genealogy group. There will also be wall exhibits, so the space will also include an extension of the museum displays.” 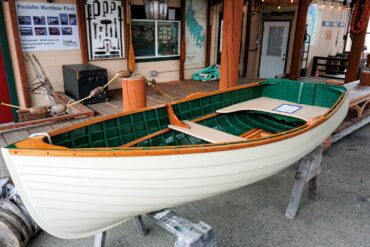 Acosta hopes to expand the number of rotating exhibits drawing from the museum’s archived artifacts still housed at the city hall. Current heirlooms on display include the pump organ from Ebenezer Old Folks Home, a telephone switchboard from the original phone company, life-size photo cutouts of the town’s founders and a display of bunads — Norwegian traditional and folk costumes.

There is also a room re-creating Poulsbo’s former Almo Movie Theatre built in 1924. And an exhibit about Indigenous Sami reindeer herders who were recruited from northern Europe to travel to Alaska to teach reindeer husbandry. Some settled in Poulsbo instead of returning home and have descendants still living in the area. 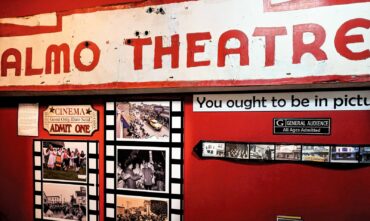 This past summer, the two museums sponsored a variety of children’s programming, including scavenger hunts, rock painting and a junior curator program. They also hosted the Liberty Bay Festival and Poulsbo Boat Rendezvous, an all-ages weekend event at the end of August celebrating Poulsbo’s maritime past and present. Plans for October include a repeat of Ghosts in the Graveyard, a popular event in collaboration with the local community theater that invites the public to tour gravesites in the Poulsbo Cemetery and become acquainted with its inhabitants, played by local actors. December brings the Museum Holiday Open House and the Annual Scandinavian Ornament Swap. 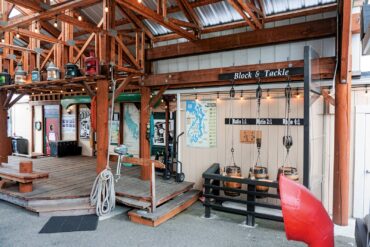 Ongoing opportunities include the historical society’s popular downtown Poulsbo walking tours, available by appointment; and nearby Martinson Cabin, an authentically outfitted pioneer cabin built in the late 1800s and currently open to visitors on Saturdays.

The Poulsbo Historical Society maintains an active website and Facebook presence of upcoming museum programs and activities. Run mostly by dedicated volunteers and kept afloat by ongoing fundraising, the triad of museums is dedicated to the stewardship of the area’s early immigration history and pioneer contributions.