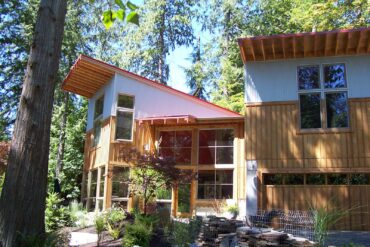 Once a general idea of the cost is established, the owner needs to know how we intend to meet this preliminary budget and how we will keep costs within this figure. In too many cases, the owner believes the best method to obtain the lowest cost for a construction project is to send the drawings and specifications out to bid (usually three bids). However, if we want to ensure the lowest cost, the last thing we want to do is send out for bids. Bidding doesn’t necessarily guarantee the lowest construction cost. I almost always recommend a negotiated contract of some sort with a general contractor. This contract can be either a negotiated bid or a cost-of-work type contract. 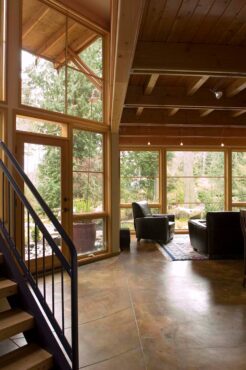 The bidding process is open to all potential bidders and often sets the stage for the entire project. If the general contractor wants the opportunity to be awarded the project, the contractor will shop bids from the cheapest subcontractors. Since such a large part of the project is completed by subcontractors, which one of the cheapest subcontracts will the general contractor use as part of the bid? The owner may get the lowest bid but not necessarily the best or fairest price for the work. 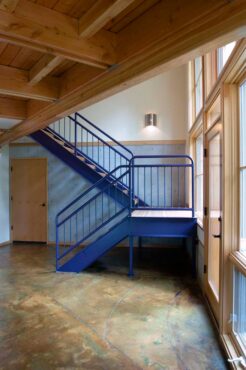 The lowest cost for the work still may not be reached even if a limited group of three or four general contractors are asked for bids. Each contractor has to factor in the cost of all the “what ifs” that happen on the job. Things like what if there is a weather delay, what if a subcontractor provides the wrong material, etc. Each contractor will factor these “what ifs” differently and the cost of each will be included in the bid amount. Of course, if none or only some of these “what ifs” occur, the owner will pay for them anyway in the bid amount.

There’s also the actual cost of preparing the bid. (There is no such thing as free estimates or bids). A small remodel project may only cost the general contractor $1,000 or so to prepare the bid, while a larger project could cost many thousands. This cost will be reflected to the owner in the bid amount. If the lowest bid is selected, then that number becomes written in stone. Any changes or revisions in the work have to be submitted through change orders, which can add significant negotiation and administration cost to the project in additional fees charged by the architect, engineers, etc.

The bidding process has additional perils, as it takes considerable time. This could be as little as a month for a small remodel project to several months for a larger one. There are also additional professional architects’ and engineers’ fees for preparing a thorough and complete set of bidding drawings and specifications, and the reproduction costs for these documents.

As an alternative to the bidding process, I recommend to owners that we avoid the complexities and perils of the bid process altogether. I recommend that the owner and I select several reputable contractors for consideration as potential general contractors as soon as we have design development preliminary drawings completed. The owner or my office can suggest these contractors. We then interview each of the contractors, who are asked to present their qualifications, past work references, cost control methods, potential response to design alternatives, etc. 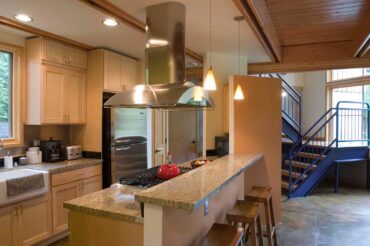 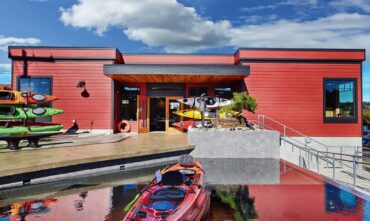 Now the determination has to be made whether to bid or not to bid for the construction of the project. At this stage, owners often want to send out for bids just to see if any come in lower than the estimated cost. All of the aforementioned problems are still in play if the project goes out to bid.

One method of obtaining the lowest cost is the negotiated bid. This process is to select the general contractor to work with and have the firm prepare a lump sum bid for the work. The advantage in this situation is that the contractor doesn’t have to bid against any other contractors. There is no need to select the lowest sub bids just to get the job. The owner and architect then review the entire bid package, including all the sub bids. If either feel a certain sub bid price or subcontractor is not right for the work, then the cost items or subcontractors in question are negotiated until the total bid amount is arrived at and a contract is signed.

This breakdown includes every possible contingency and assigns an estimated cost to each. If that contingency doesn’t occur, then there is no cost to the owner. The owner pays only for the actual cost of all materials and labor plus the contractor’s normal markup, not for the estimated costs of any “what ifs” that have to be included in an open bid type contract. That way the owner only pays for material and labor actually performed on behalf of the project. The overall cost risk here is taken by the owner but it pays off almost all the time. And even if it doesn’t pay off in the lowest cost, the owner knows exactly why.

I recommend this type of relationship with general contractors on virtually all new home and remodel projects. It takes less time than the open bid process and our professional fees can be somewhat lower if we are allowed to work with a contractor and have had successful projects with them in the past. This also means our construction drawings and specifications can be abbreviated somewhat, resulting in lower professional architectural and engineering fees and lower construction contract administration fees. Last, but not least, when the project is finished, the owners know exactly what they paid for.