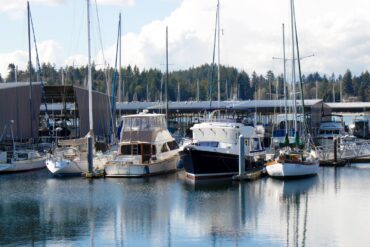 When the townsite of Kingston was first platted in 1890, the local people envisioned the waterfront community as a resort town for vacationers from Seattle. Little did they know that 120 years later, Kingston would become a ferry transportation hub connecting people from the Seattle area to the Kitsap Peninsula and west to the Olympic Mountains.

Kingston is home to one of the four Washington State ferry terminals in Kitsap County that provide ferry service to the Seattle area. Located along the shores of Appletree Cove and Puget Sound, the town is also home to the Kitsap Transit passenger-only ferry that connects directly to downtown Seattle. 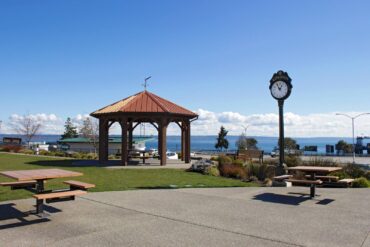 Today, this transportation hub has become more important than ever, as the north end of the Kitsap Peninsula is becoming a very hot real estate market for people who can work from home and travel to Seattle by passenger-only ferry in under 50 minutes. People from the Seattle area are attracted to North Kitsap by the affordable housing and the quality of life. Communities to the west of Kitsap County like Port Ludlow and Port Townsend are also experiencing significant interest in their real estate market. 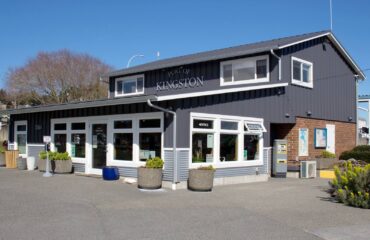 Kingston is a community of approximately 2,500 residents and was founded in 1853 by Benjamin Bannister. By the late 1880s, Kingston had become a mill town until the mill closed in the early 20th century. The original Kingston Hotel opened in 1890 and still today is a wonderful downtown landmark.

The town has become known as the northern gateway to the Olympic Peninsula and is the social and economic center of the north Kitsap Peninsula. Highway 104 connects Kingston to Port Gamble, which is 6 miles away; and to downtown Bremerton, which is 26 miles away. 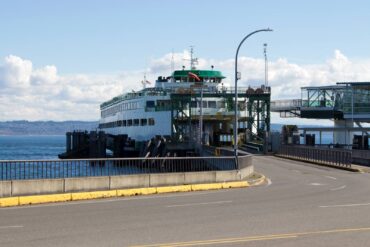 Downtown Kingston is a quaint and charming community that greets travelers, provides food and rest for people waiting their turn to get on the Edmonds ferry, and offers a number of public parks, such as the Port of Kingston Kiwanis Park that overlooks the ferry terminal.

There is no shortage of wonderful eating establishments, such as the Aviator Coffee shop, Over the Moon coffee roaster, Kingston Ale House, Kafe Neo, The Filling Station and Sourdough Willy’s Pizzeria, among many others. If shopping is your thing, there is Mak.W Designs for handicrafts and jewelry, The Paisley Whale for local art and the Kingston Mercantile & Marine store for goods and gear. 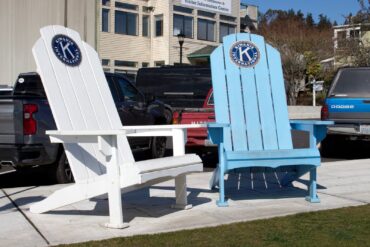 Two of the major economic players in the local community are the Port of Kingston and the Port Gamble S’Klallam Tribe. The port operates a world-class marina next to the ferry terminal and two very well maintained waterfront parks, as well as providing docking facilities for the passenger-only ferry. The tribe owns and operates the Point Hotel and the Point Casino, which have a positive economic impact on the Kingston community. West downtown Kingston is more of a commercial district with traditional businesses such as banks, motels and real estate offices.

Kingston is another one of our region’s wonderful waterfront communities that offer the opportunity for economic growth while maintaining a high quality of life for their residents.