Seabeck — A Touch of New England 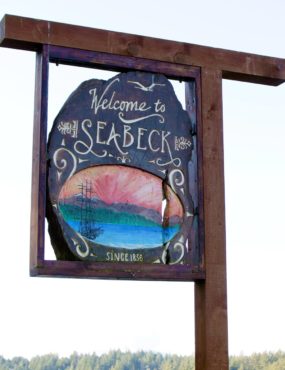 The Seabeck community has one of the most interesting histories in the state of Washington. Marshall Blinn and William Adams founded the community around 1856, when they sailed into the harbor after a trip from Maine that took them 196 days to complete. (Some say that Seabeck is named after a town in Maine called Sebec.)

They saw the vast amounts of good timber and decided to open the Washington Mill Co. By 1876 there were four saloons, two general stores; two hotels, one of which is now the Seabeck Conference Center; and more than 400 people living and working in the community. 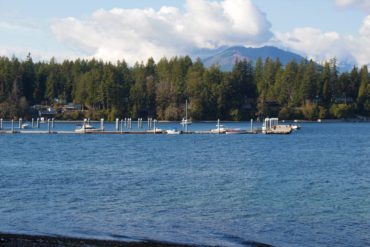 As more timber was cut to ship down the coast to San Francisco, there was a need for more ships so Washington Mill Co. started its own shipbuilding business. Seven ships were constructed between 1872 and 1884. They were a combination of steamers, sailing ships and tugboats. Most were one-deck ships built to haul timber. There were no roads into Seabeck so people came and left the community by the Mosquito Fleet operating in Puget Sound.

All of this changed dramatically in 1886, when a tragic fire started in one of the mills and spread. Both mills were burned to the ground. The decision was made not to rebuild the mills and most of the workers then moved to Port Hadlock to work in that mill. From 1886 until 1915, Seabeck was a “ghost town” and there was still no road into town. 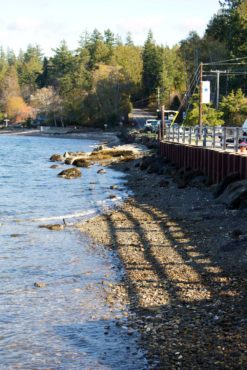 In 1915 a gentleman from Seattle by the name of Jim Coleman, who had been in the lumber business, had a vison to buy up a part of the Seabeck property to start a family retreat center. The idea was modeled after some of the YMCA camps that Coleman had visited. Except his vision was that Seabeck could become a retreat center for families.

He moved forward and purchased the 90-acre site with the existing old hotel and the adjacent housing. Today, that is the site for the Seabeck Conference Center, a nonprofit organization that is visited by over 10,000 guests each year. 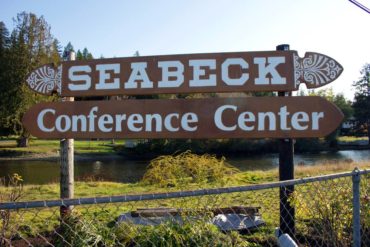 The conference center has become the center of the Seabeck community and is run by Executive Director Chuck Kraining, who has been with the organization for 28 years. The nonprofit has a board of eight to 15 people, who meet four times each year.

The mission of the Sebeck Conference Center is “dedicated to the moral, social and spiritual well-being of its guests and staff by providing a setting conducive to education, renewal and character enhancement.”

Last year, 200 different groups from all over the world visited the center and 96 percent of the groups are expected to return to the Seabeck Conference Center at some point. The center operates with 10 full-time staff and 30 to 50 part-time staff, plus a budget of almost $2 million. The organization is now in the middle of a $3 million capital campaign.

Other points of interest in Seabeck

The Seabeck Elementary School: The school was opened in the 1860s and was, sadly, closed in 2008, a difficult decision by the Central Kitsap School District. The school had been the heart of the community and had a great staff of teachers as well as community support. 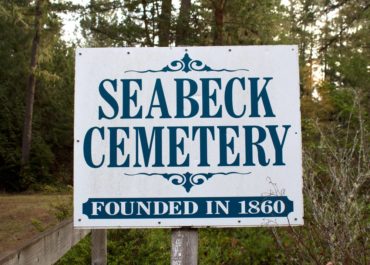 Since the school closed, the community has been trying to come up with an idea of a future use for the building. The hope is that the gym can be saved, along with the adjoining soccer field, for continued community use. No decision has been made.

The cemetery: Believe it or not, the Seabeck Conference Center owns the old community cemetery, where over 175 people are buried, mostly mill workers and their families. Established in 1860, the cemetery now only accepts cremations and ashes.

The Seabeck General Store and Seabeck Pizza: The store was started in about 1920 and at one time served the best breakfast in Kitsap County. If you are on a drive to Seabeck, a stop at the general store is a must. Seabeck Pizza started in Seabeck and is now known throughout West Sound and Montana.

The Scenic Beach State Park and the Guillemot Cove Nature Reserve: This historic property on Hood Canal has breathtaking views of the Olympics, beach access and several hiking trails.

Instead of flying to Boston so you can drive up the New England coast, you can take a short drive into the wonderful, historic community of Seabeck. You will feel like you are in one of those historic old towns on the coast of Maine.