This is a banner year for rare, once-in-a-life-time astronomical events. In February, NASA announced the discovery of seven Earth-like planets orbiting their own sun, serious evidence that life may exist in outer space. Dec. 13 will bring the king of meteor displays — the massive Geminid meteor shower, which will make an appearance this year during a waning crescent moon. Assuming a clear night, the darker skies will allow better visibility of the 120- meteors-per-hour display.

But the big show — the one that has locals and international visitors flocking to Oregon and amateur and professional astronomers giddy — is the Aug. 21 total solar eclipse, a North American event so infrequent, it literally is once-in-a-lifetime. The last mainland total eclipse that traversed the entire United States occurred in 1918. 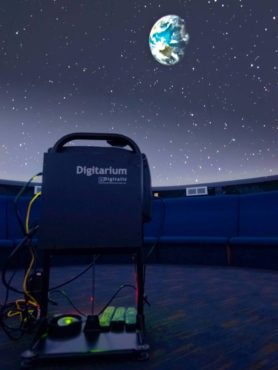 “Most of us are heading to eastern Oregon around Madras for guaranteed clear skies,” said local amateur astronomer Steve Ruhl.

Entering the United States at 10:15 a.m. on about a 70-mile swath of the Oregon coast, the moon covering the sun spectacle will then sweep across Oregon through portions of 14 states at more than 3,000 miles per hour before exiting the country in South Carolina. At the epicenter of the eclipse path, where there will be total darkness, the moon will blot out the sun for about two minutes, 40 seconds. Western Washington, will experience a partial eclipse during which about 90 percent of the sun will be obscured.

“If it was possible, we’d do what a group of astronomers did during a 1973 eclipse — rent the Concorde and follow the eclipse path at supersonic speed. Those guys saw 70 minutes of a solar eclipse,” Ruhl said, laughing.

With anticipation building for the rare occurrence, West Sound has several options for wannabe astronomers to learn more about not only the eclipse but also the entire science of astronomy. The area has the only two planetariums on the Kitsap and Olympic peninsulas and an observatory. Planetariums, like the one in in Bremerton and the other on Bainbridge Island, are sky theaters in which special projectors simulate the sky and its galaxies, planets and constellations on a static, domed ceiling. An observatory, such as the one located on Bainbridge, has a high-powered telescope located inside a dome that can be opened to view the actual night sky.

Additionally, there are two amateur astronomy clubs, an associate of arts program in astronomy at Olympic College and a Bremerton-based company that produces planetarium hardware, software and portable planetariums and has a global market. Even the Kitsap Regional Library and the nearby Olympic National Park have gotten into the act.

Housed in the former fire station on Pacific Avenue in Bremerton, Pacific Planetarium has plenty of kid-friendly and adult astronomical displays, telescopes and information, all located in the expansive garage bay that formerly housed the fire trucks. The planetarium is in a fixed fiberglass dome designed by Digitalis, which owns the building as a production facility and uses Pacific Planetarium to test out its new software and hardware.

The planetarium regularly offers a free public presentation called Sky Watch — a 30-minute show focused on the coming month’s astronomical events including the position of the planets, the visible constellations and their ancient art renderings and major celestial activities such as meteor showers, eclipses and super moons. Volunteers from the Olympic Astronomical Society present and are available to answer questions.

The planetarium, along with the Edwin E. Ritchie Observatory, is located in the old Helix House, a two-story former military installation in Battle Point Park. It was named after John Rudolph, a Bainbridge architect with a vision to create a place where people could be inspired by the night sky and pursue astronomy.

The original planetarium began as a meeting room in the lower floor of the building. The existing planetarium was a labor of love for amateur and professional astronomers, who built the dome out of parachute material, mounted it in the meeting room and obtained a planetarium projector. The group now leads a regular program of presentations, classes, docent-guided facility tours and star-watch parties. 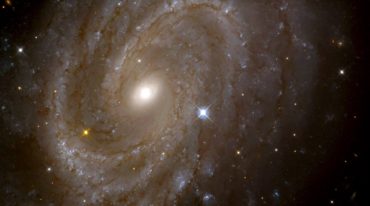 On the upper floor is the Edwin E. Ritchie Observatory, home to a 27.5-inch reflector telescope partially surplused from a Star Wars government project. The dome over the telescope is mounted on rubber casters that roll on a circular track, allowing a 360-degree view of the night sky.

The Battle Point Astronomical Association does public planetarium shows and star-gazing nights every second Saturday of the month. The events include access to the observatory to view the night skies and the use of the association’s portable telescopes.

The association’s recent project, the Battle Point Park Sundial, can be seen on a berm just north of the observatory. Constructed with volunteer labor and community fundraising, the large, sculptural, metal sundial allows visitors to see the daytime skies at work.

Most of the Bremerton Pacific Planetarium building is the unassuming headquarters, research and development, and production facility for Digitalis, the world’s largest producer of digital planetarium systems that are used as far away as India, Switzerland, Hungary, Thailand and South Africa and as close as the Pacific Planetarium and John Rudolph Planetarium.

Rob Spearman and Carrie Bergland, former employees of the Seattle Pacific Science Center’s Willard Smith Planetarium, founded the company in Seattle. The two partners moved themselves and their business to Bremerton in 2003, first working out of a house and then a Bremerton warehouse as the business grew.

When the old fire station came for sale in 2007, it was the perfect location for their expanding product line, as it offered 14,000 square feet of space for manufacturing and the needed height in the garage bay for testing out their inflatable planetarium domes. It also provided enough space to open a fixed-dome planetarium to the public, which gave the company the opportunity to test out new programs and get audience feedback.

Digitalis manufactures the Digitarium system, the console, projector and software used to display the images inside a planetarium dome. The Digitarium comes in both fixed and portable models that can be easily transported for use in schools and other venues. The company also manufactures and sells inflatable and easily transportable planetarium domes of varying sizes that can seat 30 to 100 people.

In addition to the astronomer-led planetarium and observatory programs, two membership-based organizations meet regularly to present and listen to programs and offer educational and sky-watching opportunities.

Formed in 1969 by area high school students interested in star gazing, the Olympic Astronomical Society is now a multiage group sponsoring a variety of amateur astronomer and family-friendly events. Its monthly meetings with presentations take place at Bremerton’s Olympic College campus. The May meeting included a presentation on how to clean telescope lenses and mirrors and a lecture about wormholes, the space and time galaxy shortcuts.

Locally, the group sponsors family-oriented star-gazing events at Port Gamble and Hurricane Ridge in Olympic National Park (the next event is July 22 at Hurricane Ridge) and lectures that are open to the public.

BPPA is the nonprofit, membership-based, amateur astronomical association operating Bainbridge’s observatory and planetarium. It meets monthly and hosts monthly lectures and the star-gazing nights at the Bainbridge planetarium. A recent lecture focused on what to expect during the Aug. 21 solar eclipse.

The organization sponsors kids’ camps, provides information to local school districts and maintains an informative astronomy website and Facebook page. Membership comes with benefits such as use of telescopes and library and membership in national amateur astronomy associations.

For those serious about the science, Olympic College’s astronomy associate of arts degree prepares students for entrance into the field. The popular Astronomy 101 class offered at the Bremerton, Poulsbo and Shelton campuses regularly fills up early. Its instructors can often be found doing lectures for the public as part of OC’s Speaker Series and at the county’s astronomy clubs.

Summer Night Sky includes full-moon hike/constellation tours on the first weekend of the month through Sept. 4 and nightly programs of star gazing looking for galaxies, constellations and planets through Aug. 26.

The Kitsap Regional Library has three 4.5-feet Orion Star Blast telescopes housed at the Bainbridge, Bremerton and Port Orchard branches. They are available for a three-week checkout to library patrons. The telescopes come in a kit that includes an operating manual, star guides and a carrying case.

Astronomy Advice from the Experts

If you’re interested in investing in a telescope, both astronomy organizations and the library suggest you test out various types first. In addition to trying out the library’s sturdy, basic telescope, you can attend one of the local star parties or lectures sponsored by either of the amateur astronomy groups and try out their telescopes.

Astronomers and physicians advise that the only safe way to directly watch the Aug. 21 eclipse is with special-purpose solar filters such as eclipse glasses. Looking directly at the eclipse can cause eye damage and sunglasses, even very dark ones, are not safe for direct observation.

Check websites for a listing of each organization’s events.