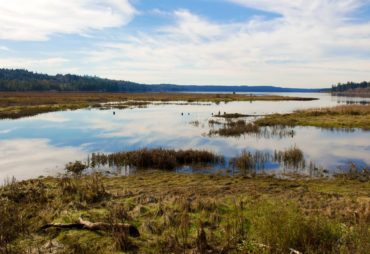 The Belfair community might soon be recognized as one of the best places in the state to take a nature hike. A trail system currently runs through the Theler Wetlands on a 5-mile loop connecting the wetlands to the Belfair State Park, and now there is a new plan to extend the trail. It would lead across State Route 3 near the Harrison Urgent Care and across from the Theler Community Center up Romance Hill Road, eventually connecting to the Allyn trail system. Once completed, this could provide more than 10 miles of beautiful walking trails extending all the way from Belfair State Park to the Dyes Inlet.

Currently under the leadership of the Hood Canal Salmon Enhancement Group, local businessman Rick Krueger and a group of interested citizens, a community-wide Trail Master Plan is being developed that would be the catalyst for a trail project connecting some major destinations and would serve as the plan for the larger trail system. 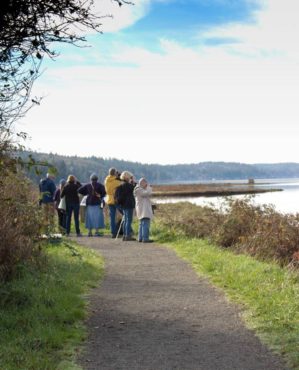 This trail system will help make the greater Belfair area a more attractive place, both on the State Route 3 corridor and in the larger community. The proposed trail has the potential to be a regional tourist draw.

While all the work is being done on this project, another exciting one is in the works that will add to this transformation of Belfair. Under the leadership of Mendy Harlow, the executive director of the Hood Canal Salmon Enhancement Group, and its board, an effort has been undertaken to raise more than $800,000 to develop the Sweetwater Creek Waterwheel Park. This is a 5-acre site around a large pond near the historic waterwheel and would include several interpretive areas as well as parking and restrooms. The project would be a partnership with the Salmon Center and the Port of Allyn. More than $300,000 has already been raised. 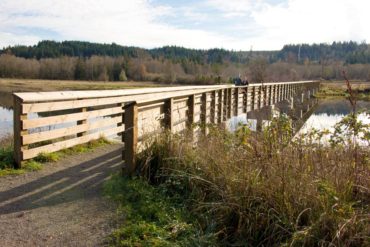 Projects such as the Belfair Community Trail System and the Sweetwater Creek Waterwheel Park require leadership and organized volunteer groups to raise funds and help manage and maintain the amenities. The Hood Canal Salmon Enhancement Group has provided much of this leadership.

The organization was established in 1990 to support salmon habitat restoration. It currently operates out of the Salmon Center and owns 38 acres, 22 of which are wetlands. It is located on the very unique Union River estuary, which is roughly 500 acres in size. The Chesapeake and Hood Canal estuaries are unique in the sense that they both suffer from low-oxygen issues. 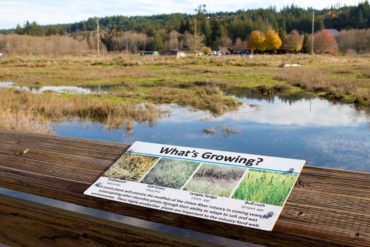 The center operates on an annual budget of about $2 million, has eight full-time staff and farms some of the land to demonstrate that animals and protected wetlands can exist side by side. Most of the funds to operate and provide services are raised through state and federal grants.

The Hood Canal Salmon Enhancement Group and members of the community are moving forward with a major new vision for the trail system and the Sweetwater Creek Waterwheel Park Plan, which will have a dramatic positive impact on the local community as well as visitors. Congratulations to all the people who are working so hard to make this vision come true.