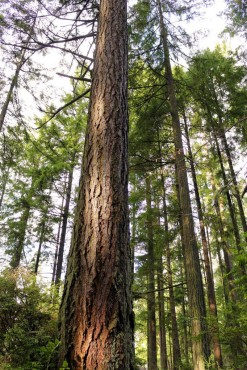 Through efforts led by Gig Harbor citizen-activist Vern Young and a few other community visionaries, a 19-acre forested site was saved from becoming a housing development so that the community, as well as future generations, will have a wonderful park.

Young, who died in 2014, was taking a walk in the wooded area in 2005 and noticed people marking trees for removal. The property owner’s plan was to develop the land into residential lots for housing and to build homes. 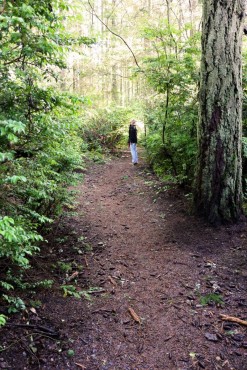 Young was among area residents who were previously responsible for assuring that this property was designated in the Pierce County Comprehensive Plan as a future park site. On learning about the new plan, he approached the developer and shared his vision for a park on the site. As it happened, the developer indicated he would consider selling the property. That’s all Young needed to spur him into action.

At that point, five community leaders joined him, formed an LLC, bought the land and gave the community two years to raise funds for the future park. Among those early leaders were Brad Cheney, Mike Paul Jr., Marty Paul and Dave Morris. 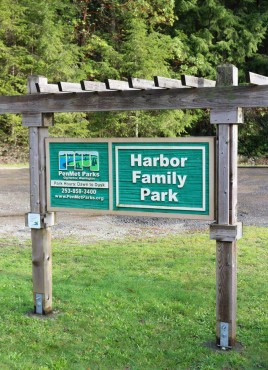 By late 2005, they raised the capital needed, much coming from their own contributions, and purchased the property for $1.2 million. A newly formed Peninsula Metropolitan Park District (PenMet Parks) took on the challenge of raising the funds to repay the original investors. PenMet Parks, then less than a year old, had just hired its first executive director and had only one other staff — whose kitchen table served as the park district’s first office. 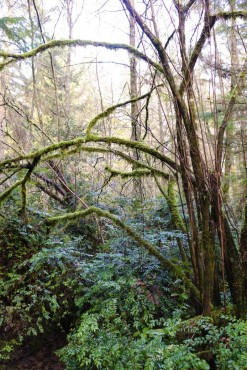 During a series of public meetings that discussed unmet needs in this area of the Gig Harbor Peninsula, the idea was born to create a community foundation to help raise the funds. Another community meeting was called to further investigate the idea, and it just so happened that a woman named Julie Ann Gustanski attended that meeting. Young met Gustanski and it did not take him long to figure out that she might be just the right person to help lead the effort to form the foundation. 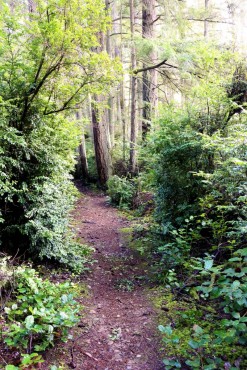 Within 30 minutes of the meeting, he called her to discuss next steps and moving forward. Gustanski committed to help nearly an hour later, and the rest, as they say, is history. The paperwork to create PenMet Foundation, a 501 (c)(3) nonprofit organization, and the incorporation documents were filed on May 5, 2006, with IRS approval received on Aug. 6.

The community foundation’s first mission became to raise the funds needed to pay back the $1.2 million pledged to purchase the property. 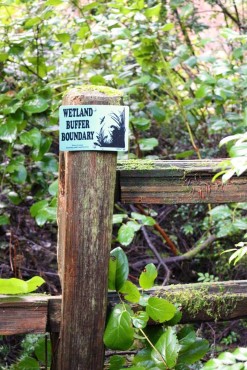 The founding board, Young, Gustanski, Paul Jr. and PenMet Parks’ Eric Guenther worked to raise critical funds with the help of about 30 committed volunteers. They stood at street corners waiving signs that said, “Help Buy Park,” organized various fundraising events including car washes and spoke with numerous individuals and organizations. A $500,000 matching grant that was obtained through the Washington State RCO (Recreation and Conservation Office) program helped ensure the project’s success. 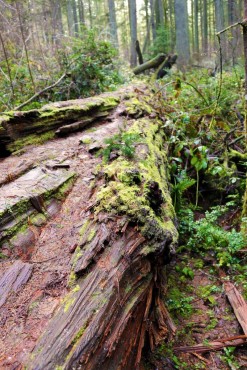 In October 2007, the foundation granted funds to the park district, which in turn paid back the original investors, and Harbor Family Park became a reality. But that’s not the end of the story.

When the neighboring 19-acre site, known as “Knight Forest,” became available in 2010, Gustanski negotiated a below-market acquisition with the heirs, doubling the size of Harbor Family Park to 38 acres. Thanks to zero-interest, short-term microloans provided by about 20 board and community members, the foundation took out a loan to purchase the property. 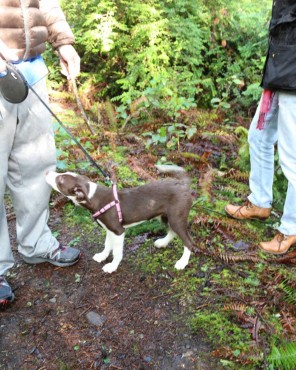 The foundation raised funds through community outreach, events and grants, including another RCO matching grant, and turned the 19-acre property over to the park district in early 2012.

Today, while Harbor Family Park awaits full vision development, it features an elaborate labyrinth of trails, established by Young and many volunteers, and maintained by volunteers and EnviroCorps sponsors. It all happened because of people like Young, Guenther, Paul Jr., Gustanski and Richard Tilley, as well as many, many other community leaders who believed in this project and would not quit until the land was secured.

When you visit Harbor Family Park today, you will find miles of walking trails where families ride their bikes, walk dogs, jog and enjoy nature in the middle of a growing community. There is also a plan to add new programs. 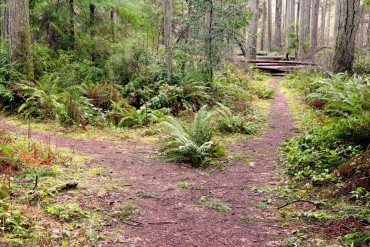 As for the foundation, it has been renamed the Greater Gig Harbor Foundation in 2011 to reflect a much broader mission that includes a diverse range of needs for the communities across the Gig Harbor and Key Peninsula region. Its new mission is to contribute to a vibrant quality of life, including education, arts and culture, recreation and social capital, among others. Future generations will continue to be well served by leaders who care about their community.

The fact that one single act led to the creation of the community foundation is the perfect illustration of Margaret Mead’s quote: “Never doubt that a small group of thoughtful, committed citizens can change the world. Indeed, it’s the only thing that ever has.”