A Love of Plants, Cars and Life Make Jerry McAuliffe A Driving Force 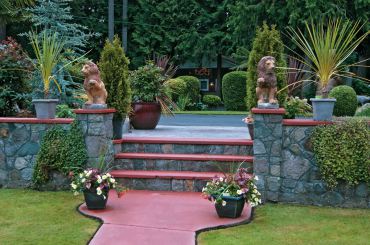 In 1960, Jerry McAuliffe was a young, married man living in Kirkland and looking for work as a landscaper. Although he had no formal training in the field, he was a hard and willing worker, confident and ready to learn. He also liked plants. So when a salesman friend from Yard Birds offered to pay him to plant out his yard, McAuliffe grabbed a shovel and got down to work.

The job was a success in more ways than McAuliffe could have imagined. The resulting landscape was impressive, and McAuliffe discovered he had a knack for deciding what plant to put where. Best of all, he enjoyed it. 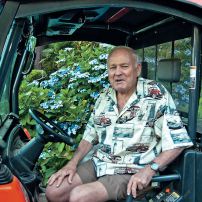 Just like that, a career was born. The story doesn’t end there, however. What happened next inspired a lifelong hobby as well.

Before McAuliffe had patted the last plant into place, the money for the job was gone, gambled away by the salesman. So the man offered McAuliffe a deal. 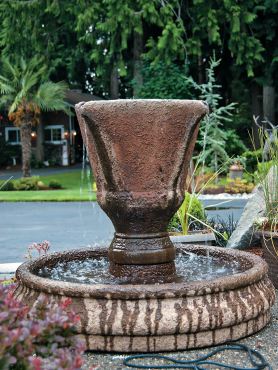 “He said, ‘Jerry, how would you like a car?'” McAuliffe remembers. “I told him I didn’t need a car.”

But McAuliffe changed his mind when he saw the automobile in question. Not the expected old beater — it was a 1935 Rolls Royce convertible. And it had a history. The elegant vehicle had once been the property of the duke of Argyle of Scotland. During World War II, the duke had kept the car hidden beneath the streets of London to shelter it from air raids. 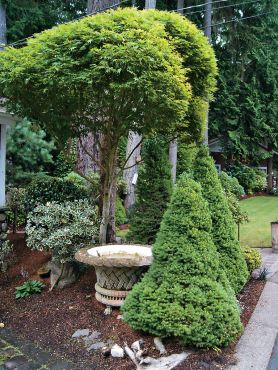 McAuliffe accepted the deal. Fifty-three years later, not only does he still own the Rolls, but it is the centerpiece of more than a dozen classic and “special interest” cars that make up his private collection.

The 1960s were a golden time to start a business in or around Seattle. The 1962 World’s Fair brought the city into the spotlight. The economy was booming and new homes were popping up everywhere. And these new homes needed landscaping, as did the accompanying new businesses. Jerry McAuliffe’s fledgling company, McAuliffe Landscaping, quickly became established as a major player in design and installation. 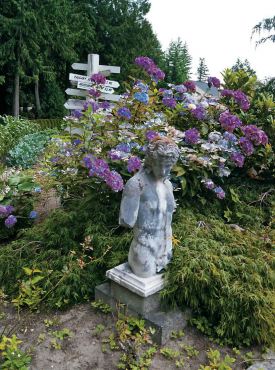 Over the next 50 years, the company became the go-to landscaper for power players such as the Nordstrom and Diamond families, IBM and Microsoft, where McAuliffe met Bill Gates. In the 1980s, McAuliffe Landscaping was on a short list of companies invited to create dreamy gardens for homes on the new and popular Seattle Street of Dreams home tours. Over the course of a decade, McAuliffe Landscaping won numerous awards for its Street of Dreams designs.

Fast forward to the present. McAuliffe, now a retired yet active 78-year-old, says that in all his years of designing gardens, he never once drew up a plan. For this reason, he says, his company did all its own installations. The designs, he explains, “came straight out of my head.”

Finally, after decades in the business, McAuliffe retired at the request of his wife, Joanne, who convinced her husband to move to their Hood Canal property in Seabeck to enjoy a well-earned retirement by a saltwater beach. The beautifully landscaped, 22-acre site of his business is now maintained as a park by the city of Kirkland. 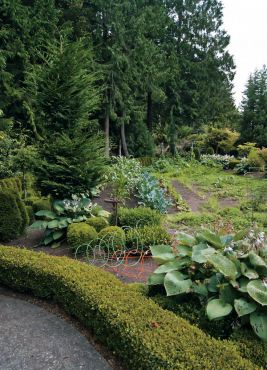 Those 50 years in business were not “all work and no play” for the McAuliffes. Avid golfers, the couple played on courses all over the world, including Australia, Hawaii, Brazil, Bermuda and Hong Kong. There they met the elite of the golfing world. McAuliffe remembers fondly when Arnold Palmer himself bounced McAuliffe’s daughter on his knee.

Golf wasn’t the only activity to bring McAuliffe in contact with the rich and famous. His long-term membership in the Classic Car Club of America lead to an overnighter at the home of fellow car collector Jay Leno. McAuliffe’s home chapter once included Harold LeMay, who amassed a Guinness record of more than 3,500 vehicles and founded the LeMay Auto Museum near the Tacoma Dome. 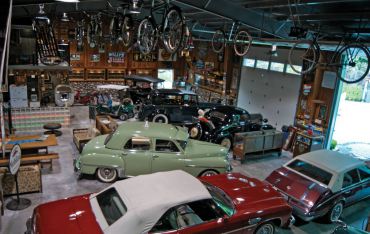 McAuliffe’s own car collection includes Packards, Buicks, Chevrolets, Plymouths and a Cadillac. Among the rarer pieces are a 1941 Packard 160 convertible, a Montreal 1973 Cadillac Monarch, an original 1909 Ford Model T touring car and a 1932 Buick Straight-8. McAuliffe and his companion, Sherry Houser, have used all of the cars within the last few years, driving dignitaries in parades, participating in club drives and once circling the field as part of the opening day celebration at the Kingdome. 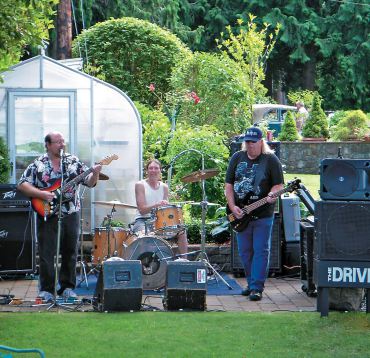 In 2001, the McAuliffes purchased part of the Emel estate, a waterfront property near Seabeck with some of the finest fjord-like views the canal has to offer. The uplands are studded with 400-year-old Douglas fir trees and 70-year-old native rhododendrons. The main house — originally a summer home — was built in 1937. For Joanne, the real selling point was the dock: one of the longest private fishing piers on the Hood Canal. Until her death in 2007, she caught a salmon nearly every day from this dock.

The McAuliffes modernized the main house and improved it, but left the basic structure intact. They did, however, add one distinctive detail: living room murals of the mountains, wildlife and the recreational opportunities that surround them. Painted by artist Lee Johnson, the murals depict soaring eagles, breaching orcas and a passing submarine, all enjoyed by the figures of McAuliffe’s children and grandchildren. 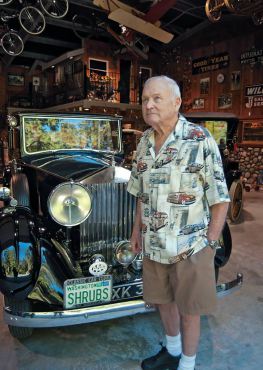 In lieu of tearing down the house and starting over, McAuliffe chose to put his time into the gardens. Proving that you can take the man out of the landscape business but you can’t take the landscaper out of the man, McAuliffe surrounded his home with golf-course pristine lawns and beds of Japanese maples, windmill palms, hostas, daphnes, roses, dogwoods and — in summer — sweeps of marigolds that he starts from seed in his greenhouse. When asked which plants are his favorites, McAuliffe replies simply, “All of them.” 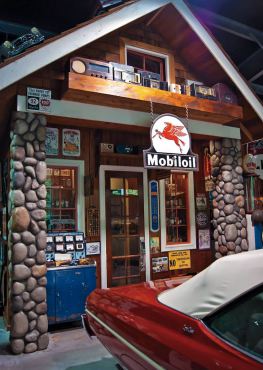 More than just a place for people, the grounds of McAuliffe’s home are a magnet for wildlife as well. The fish that frequent nearby Big Beef Creek draw dozens of eagles in the summer. Two separate families of eagles have aeries at opposite sides to the house. Fish heads dropped from the nests attract foxes, which occasionally raise their kits under the small garage near the main house. 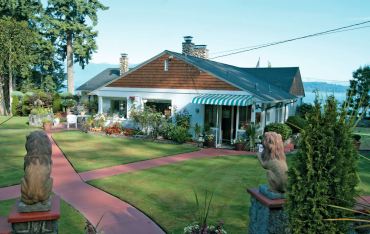 The big garage that holds the majority of McAuliffe’s car collection sits on two acres separate from the house. Although termed “a garage,” the interior of the building is more like the main street of a very tiny town. The front parking area that holds much of the collection is surrounded by two-story rooms designed to look like storefronts. The rooms include a dress shop, a hotel (complete with bed) and a gas station based on a picture of a 1950s-era filling station at the foot of Mount Rainier.

From the 1960s to the present, Jerry McAuliffe, has been a man driven to succeed. When life is a passion, every day is a good day.