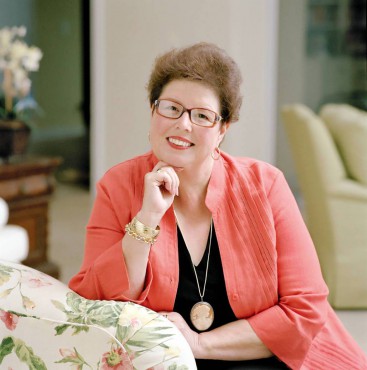 Such is the advice of Debbie Macomber in “Knit Together: Discover God’s Pattern for Your Life,” her first nonfiction book. Macomber, a best-selling Port Orchard author of more than a hundred fiction titles, has moved millions of readers through her heart-warming stories for more than two decades. With this book, which was released this past summer, she swung the door open even wider and used her own life story as an example in trying to help others realize their purpose and follow their dreams. 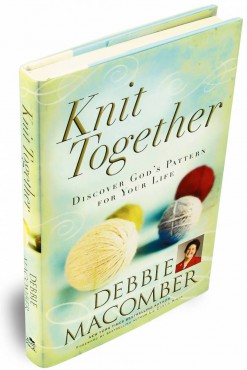 The release of “Knit Together” in August preceded another milestone: 25 years ago on Sept. 29 she sold her first book. It was the same manuscript that an editor told her just months before she should throw away. Macomber weaves her no-nonsense advice with testimony about God and faith; and with her own story about her struggles to become published, her family’s life through difficult times, and even some personal moments she’s shared with only a few people.

Macomber, who has lived in Port Orchard for more than 20 years, has topped various best-seller lists (including the New York Times), developed an extraordinary reader following, and collected numerous awards. She often jokes that it took her many years to become an overnight success. Even in school, she was a poor student who was pegged by teachers as one who would never amount to much. “Being a writer was the secret dream I didn’t tell anyone about,” she says.

A dyslexic, stay-at-home mother of four who had married right out of high school, she wrote stories at the kitchen table on a rented typewriter for five years as she tried to find a publisher. She was convinced she was destined to be a writer — no matter how many rejections came in the mail.

“I wasn’t tapping on the door of opportunity; I was throwing all my weight on it,” she says.

Even as a successful author and a top romance writer, Macomber doesn’t rest. She keeps a grueling schedule that includes writing three books per year, touring all around the country, and running a successful enterprise that includes not only publishing books but also marketing merchandise. 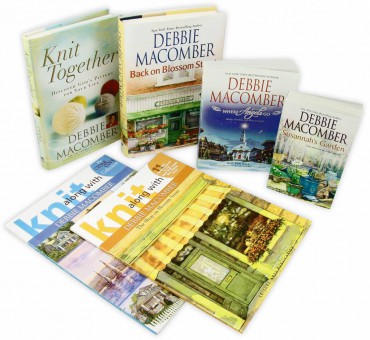 Macomber’s day starts around 4 a.m. with reflection, journal writing and devotionals. The morning includes swimming at the local high school, opening all the reader mail and taking care of various business matters. At the office around 7:30 a.m., she’s ready to write by 10. “I dive right into it (writing), like jumping into a pool,” she says.

For the past decade, her writing space has been located in a turret in one of the two elegant Victorian-style buildings off Bethel Road in Port Orchard. Macomber owns both buildings with her husband, Wayne.

“All the writers in the world I know want to quit their job, go home and write. I wanted to make enough money to get out of there,” she says. 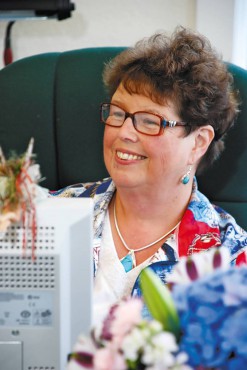 Macomber’s writing space is in a spacious office upstairs, filled with dozens of books and decorated with art and signatures she has collected through the years, from Jack London and Bernard Shaw to Mark Twain and Helen Keller. Roses “bloom” on the pink carpet, and whimsical knick-knacks are mixed in with awards and photos of grandchildren. In this space, characters come alive, sharing their joys and heartaches, as Macomber spends long hours at her keyboard. She plans the number of pages to be written per day based on deadlines, then writes until she’s happy with those pages.

“Home is home and work is work — I try very hard not to bring work home,” she says.

While Macomber is busy on her book plots, a support team is busy with various other matters. Downstairs is where all the business affairs are solved, and Macomber has another desk there — for opening reader mail and such. She says writing is 90 percent about business. In addition to a staff of three, she has an editor, agent, personal publicist, and others supporting her behind the scenes.

“There is a whole Debbie team, and we all have to communicate with one another,” she says. Because she likes to be the first one to do something new, she continuously pursues new merchandise and other opportunities. A Blossom Street perfume is among the newest additions to her line of products. 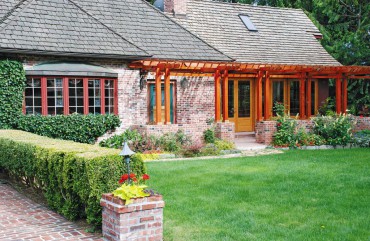 At Home with Debbie

Macomber spends most of the year at her English Tudor home in Port Orchard, and for a few months of the year lives at her Florida condo. The beautifully landscaped grounds surrounding her home include a garden where she likes to pick vegetables with the grandchildren, who visit nearly every week. The Space Needle provides a backdrop across the water view.

“This house is home… This is where I come at the end of the day and no matter what happens at work, I can come home and relax,” she says. 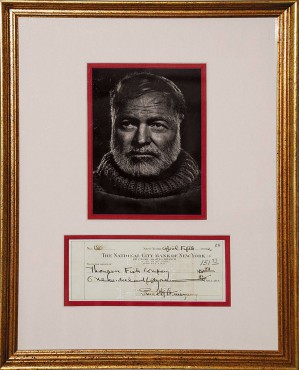 As readers may have guessed from her books, Macomber loves to cook. She’s particularly fond of spicy food and says she can put jalapeños in just about everything. Listening to music and taking a luxurious bath are part of her relaxation routine. 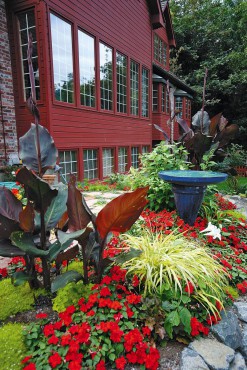 And just as writing is part of her office schedule, knitting is part of her daily home life. Macomber has been knitting since she was 12, taught largely by a group of ladies at a knitting shop where her mother would drop her off. Naturally, knitting worked its way into her books. Even early on she had characters knitting, but the turning point was when she used a yarn store as the setting in a book. Since then, she has lent her name to a series of pattern books and knitting products, with proceeds donated to several charities. Always inventing something new and different, she plans to introduce her first male knitting character.

Macomber says she sometimes questions whether she’ll run out of ideas, but her ingenuity continues to unveil wonderful surprises for her loyal readers. With her seventh book in the Cedar Cove series (inspired by Port Orchard) released at the end of August, she already was plotting the eighth book in her head and planned to start working on it soon. 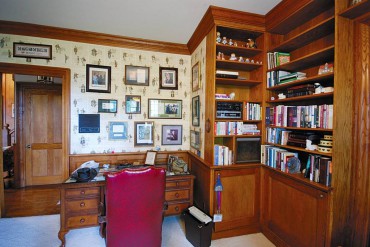 “Three books a year is a tough schedule but I can’t imagine giving up every single one of them,” she says, and admits, only half-jokingly, that she “can’t afford writers block.”

Devotion is a Two-Way Street

Macomber’s book sales speak for themselves. The paper reprint of “Blossom,” for example, sold 840,000 copies! Recently, more than 130 fans showed up at a bookstore in Milwaukee for her reading and signing of “Knit Together.” The weather was terrible, with severe thunderstorms, yet the bookstore was overflowing. One of the fans who attended the event wrote on a website: “She had the crowd eating out of her hand with such great stories.” 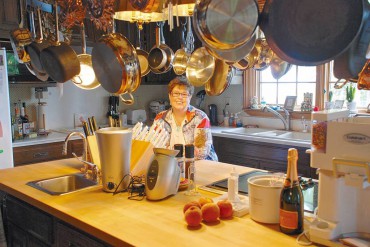 This kind of faithful following is not by coincidence for Macomber, who calls herself a “value-added author.” She works incredibly hard to build strong readers. She sends a newsletter to more than 50,000 fans every year, as well as email newsletters and personal responses. She holds reader contests with prize giveaways. Her website includes a blog, and she receives as many as 300 guestbook entries a day.

“I read every single piece of mail that comes in every single day, and every guestbook entry,” she says. “I love the reader mail.” She says she was so impressed years ago that someone would take the time to write to her, she wanted to acknowledge that dedication. The readers, after all, changed the course of her career three times, she says, and she relishes hearing their personal stories.

“When I hear them, I know why God gave me my talent, and I’m grateful I’ve been able to use it,” she says.

Harlequin, which has published Macomber books for more than two decades, has realized Macomber’s magnetism with the readers and her inspirational relationship with them, and has ramped up its efforts to promote her books. Macomber says, “I remember the day when I said, ‘Please, send me on a tour.'” Now, the touring schedule is as demanding as the writing itself. One Harlequin executive said in an interview with Publishers Weekly: “…We toured her as a sort of Harlequin ambassador. We put her out in the field, visiting with accounts in ways we don’t do with every author.” Her recent tour included 27 cities in seven weeks, yet she humbly says she doesn’t argue with God for taking her on the path of her dreams.

“Oliver Wendell Holmes once stated that ‘most of us go to our graves with our music still inside us.’ The key is to find our music,” Macomber writes in “Knit Together.” She certainly has found hers — and what music it is.

The Talk of Port Orchard

Fans of Debbie Macomber’s Cedar Cover Series (numbering seven books to date) know that Cedar Cove and even some of its characters were inspired by Port Orchard. In fact, some Cedar Cove landmarks may seem quite familiar to those who know Port Orchard. The Lighthouse Restaurant, the Victorian Tea Room (which the Macombers own), a bank, marina and courthouse downtown — it’s all there. After Bethel Avenue Book Co. owner Rebecca Guthrie realized she was getting visitors from all over the country searching for their favorite landmarks of the “real” Cedar Cove, she suggested the idea of a map.

The trend didn’t go unnoticed: Macomber wrote on her blog in August that USA Today is doing a travel article on the effect of the series on local tourism. Asked why she decided to use her town as a setting, Macomber told WestSound Magazine magazine she has done extensive research for the dozens and dozens of books she wrote when she realized she “didn’t need to invent” a small American town where the series would be based. She even used her English Tudor home as one of the Cedar Cove homes.

To download a Cedar Cove/Port Orchard map, read Macomber’s blog, find recipes or knitting patterns, and various other information, visit www.debbiemacomber.com. The website also has a schedule of the author’s appearances, including many at local venues.