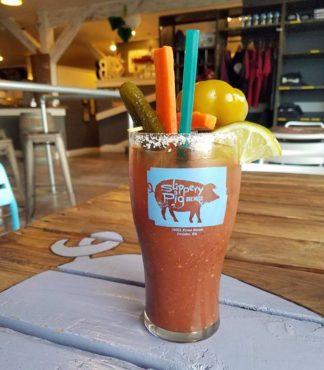 To row single-handedly from Poulsbo to Seattle in a small rowboat requires propelling some 16 nautical miles through a major transportation waterway teeming with ferries, Alaska-bound cruise ships, container vessels and recreational boaters. It also demands navigation of the Ballard Locks, two gates that connect fresh and salt water and even out the 20- foot difference in elevation between them.

It had long been the goal of Dave Lambert, Poulsbo’s kilt-wearing brew master and owner of the Slippery Pig Brewery, to deliver a keg of beer “the old-fashioned way.” His Norwegian ancestors had settled in the Poulsbo area in 1882, five generations before, when the family’s human-powered boats plied the waterway between the frontier of the forested peninsula and the growing city of Seattle to sell eggs. Inspired by their perseverance, it took Lambert seven hours to make the solo trip in a fiberglass rowboat named the Watery Tart and, of course, he rowed clad in his kilt. 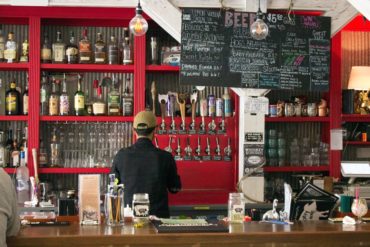 Kilts have been Lambert’s only choice of attire for the past 11 years. “Except on Halloween, when I might wear jeans as a costume,” he said. He wears kilts year-round, even on the family’s annual trip to the mountains to cut down their Christmas tree.

Lambert owns seven of them, all Utilikilts in different colors — three that he can wear in public and three to four that he wears doing chores around the farm at home.

“Utilikilts are totally functional. I can carry all of my stuff and my wife’s stuff in the pockets,” he said. “I still wear the first one I ever bought.”

Lambert and his wife are owners of Red Rooster Farm, a property that has been in the family for generations. Before opening the brewery, he was a decadelong home brewer experimenting with locally sourced ingredients and seasonal crops grown on his farm — dandelion, rhubarb and nettles. 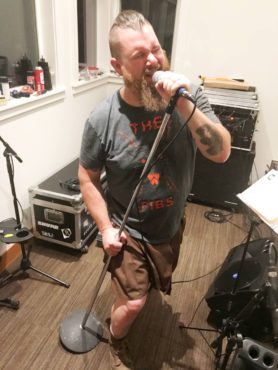 Ask him about it and Lambert will quote not only the history but the politics and science of his ancient beer recipes. His beer is made in the British tradition based on recipes that pre-date the Protestant Reformation, and his dandelions aren’t the catsear variety found in someone’s yard.

Friends and family encouraged him to begin selling his beers, so in 2011, he built a covered stand on the farm above the root cellar where his kegs were stored and opened Slippery Pig Brewery. Three years later, with his beers’ fans outgrowing the farm’s rustic tasting room, Lambert and his partners moved into a historic building in downtown Poulsbo.

The larger facility allowed him to put the entire brewing operation into the back area and open the front as a brewpub and all-ages music venue. The building, however, came with a history of failed businesses, so before opening, they burned Epsom salts to clean the structure of its negative energy. Once they opened, they called in the Olympic Peninsula Paranormal Society to calm down the building’s ghosts.

The move hasn’t dimmed the brewery’s rustic beginnings, however. Remodeled to keep the ambiance of Red Rooster Farm and still using the farm’s crops as brew inspiration, Lambert and his crew have only gone slightly more upscale than their days on the farm. 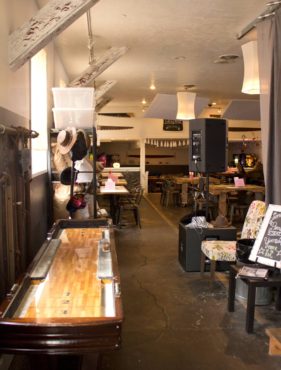 Slippery Pig Brewery has become a social and philanthropic mainstay in Poulsbo. Music, which was big during the brewery’s farm days, plays an integral role in the new space. A low stage built by musician friends dominates the front of the house, and most nights, it is inhabited by experienced and new musicians — blues, rock, acoustic, indoor busking and even karaoke. 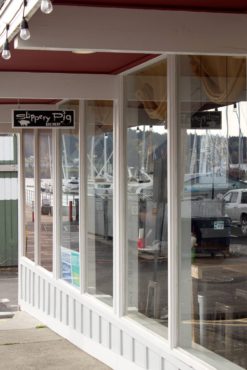 Sometimes, Lambert takes the stage, calling on his roots as a saxophone player in high school and local bands. A few times a year, “the Pig” sponsors a Battle of the Bands, mixing up the music genres and recruiting an eclectic panel of judges, including a musician from Seattle’s ’80s-’90s grunge scene, a former middle school art teacher and an 87-year-old grandmother and fan of the Pig. 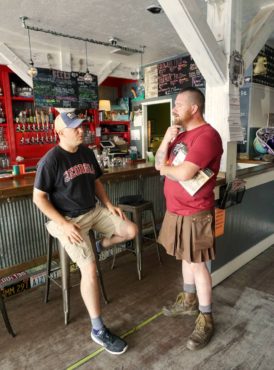 It’s important to Lambert that the brewery supports the community and that the community of brewers in Poulsbo support each other. In 2015, he convinced his male staff and a few loyal customers to doff their clothes to produce the Men of Slippery Pig Calendar, with proceeds going to the North Kitsap Trails Association to support the acquisition, upkeep and development of land and water trails in the community. Last year, they hosted a Pints for Pets fundraiser to support the Kitsap Humane Society. This year, the brewery hosted two fundraising events for the county’s LBGTQ youth nonprofit agency.

Annually, the Pig and four of Poulsbo’s other breweries sponsor two Great Poulsbo Beer Runs in which participants walk/run a 3.6-mile course between the breweries, stopping and downing a beer at each one. Proceeds from the March St. Patrick’s run support the Blue Star Banner program honoring local military service men and women. Proceeds from the September Octoberfest event go to Fishline, Poulsbo’s food and clothing bank. 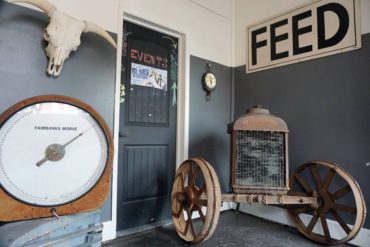 The Pig also hosts regular events as diverse as a tournament for the local Cornhole League to trivia nights and Paints and Pints Night for wannabe artists. On Sunday mornings, Lambert hosts Beer Sundays.

“I pick a controversial topic and do the research, and customers discuss the question over our breakfast menu,” he said. “The week I picked the topic about what constitutes a sandwich, there was a lively discussion.”

Initially the plan was to only serve beer and encourage customers who wanted food to bring it in from any of the town’s restaurants.

“That was a mess,” Lambert said with a laugh. “We ended up doing all the cleanup and disposal of everyone’s food and containers and realized it would be easier to serve our own food.”

The Pig’s food menu follows its beer philosophy. To the extent possible, all food ingredients are fresh and locally sourced. The selections also have to be easily prepared.

“If I have to serve as chef on any given day, I have to know how to make it,” Lambert said.

The Potato Waffle is the Pig’s best (also largest, most caloric) breakfast seller and Lambert’s creation.

“I love potatoes and wanted to create a waffle using hash browns. That didn’t quite turn out,” he explained. “I discovered if you add mashed potatoes to waffle batter, you get better waffle consistency. Instead of sugar, I add seasonings to give the waffle a savory taste. Then I top it with sausage gravy and a fried egg.” 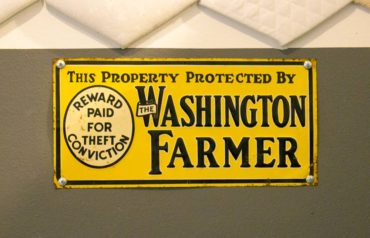 There are 11 other waffle variations on the breakfast menu, including a spam waffle and a hotdog waffle.

His beer recipes are proprietary. “Let’s just say it takes 30 pounds of stinging nettles to make our Stinging Nettle Mild and that harvesting them isn’t much fun,” Lambert said. “Also, I use biscuit malt.”

With unique craft beers like Mojito Wit (a Belgian wheat ale with mint and lime) and Aporkolypse (a play on the brewpub’s porcine origins, a red beer with a flavor advertised as barbecue-flavored sunflower seeds), the brewery has established a unique reputation.

“We do not strive to brew our beers to any specific style, so if that is what you are looking for, I’m afraid you’ve come to the wrong place. Many times, we brew our beer and then decide what category it best fits in,” proclaims the brewpub’s website.

And that’s what the Slippery Pig’s loyal customers like about the joint — it’s proud of being different, just like its kilt-wearing brew master.