El Sombrero — A Taste of Mexico on the Key Peninsula 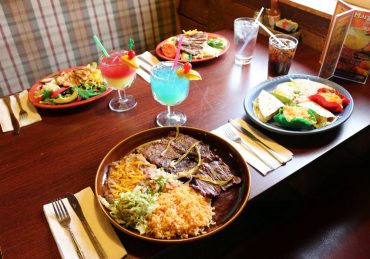 The Key Peninsula has seen its share of restaurant comings and goings over the past decade. But the Mexican restaurant El Sombrero, which opened in Key Center eight years ago, feels right at home amidst the rustic charm of the Peninsula — never mind its off-the-beaten-path location.

“The Hat,” as some locals have nicknamed it, is “the” destination for anyone looking for a central place to meet and talk business, watch a football game while indulging in a beer or margarita, raise funds for a nonprofit cause — or, simply enjoy a delicious meal in the company of friends.

“The community has been great,” says owner Pablo de la Cruz. “There are a lot of nice people out here.”

A Taste of Family Tradition

De la Cruz grew up with a mother who was an excellent cook, but he paid no attention to her cooking until he moved to United States from Mexico as a young man. Having to cook for himself, he would call her to ask how to make one dish or another.

The restaurant business seemed like a good fit, so he got a job as a dishwasher in Seattle.

“I wanted to learn,” he says. The goal was to move up — and he did, soon getting involved in cooking.

He didn’t set out to open his own restaurant, but eventually, as he learned more of the business side and realized the possibilities, that seemed like a natural move. When a friend, who lived in Poulsbo, told him Port Orchard would be a good place for a Mexican restaurant, de la Cruz took the leap.

The business is a family affair. The Port Orchard location opened doors in 1990, and de la Cruz’s brothers, Miguel and Andres, manage that location. 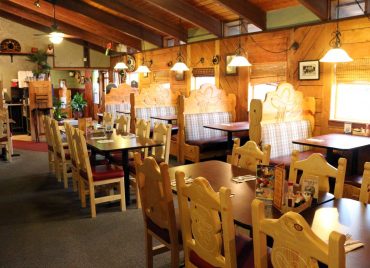 All of de la Cruz’s three children have helped run the restaurants, and the youngest, Ariana, is currently working the front of the house in Key Center in between college classes. His oldest daughter, Alex, is the menu wizard, using her graphic design talents to design the menus, which change about twice a year.

Before opening the second location, de la Cruz knew nothing of the Key Peninsula. “I didn’t even know it existed. But I took my chances,” he says.

And a great chance it turned out to be. He says the community has embraced El Sombrero — and, in turn, the restaurant has been giving back through a fundraising program. Local nonprofit organizations ranging from the Boy Scouts to the Key Peninsula Civic Center can “host” an evening at El Sombrero and receive part of the night’s proceeds. 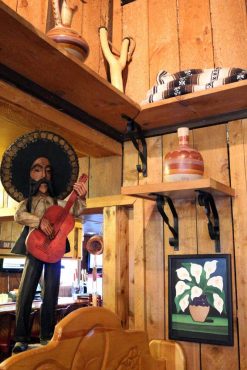 “We started doing it for Backpacks for Kids and word got out,” de la Cruz says. “We said, OK, we can do this for our community. It’s been very popular.”

The main difference between the two El Somrero locations is the décor. The Key Center building — which was formerly home to another restaurant, Huckleberry Inn — is more rustic, complementing the existing wood-beams and other interior design details. 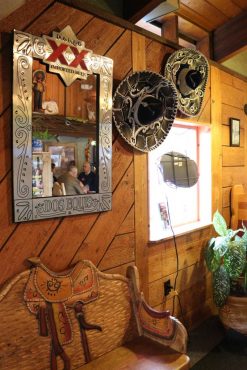 The food, however, is the same, and is created around a philosophy of making everything fresh, from scratch, in house — down to the tortilla chips (though not the tortillas), all the sauces, the churro dough and the sweet-and-sour margarita mix.

Patrons can thank de la Cruz’s mother, Matilde, for some of the delicious flavors — many of the recipes (such as the sauces) are hers, passed down likely through several generations of the family.

And although young Pablo didn’t cook while growing up at home, he did pay attention.

“I learned from mom to use different recipes in the kitchen and experiment,” he says.

That experimentation is an ongoing process, as he creates new dishes to add to the specials menu, which rotates daily as well as monthly. 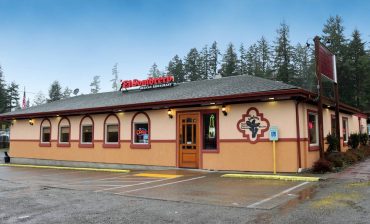 “I do it for myself and then try to test it with everybody because the real people — the customers — are the ones who can tell me if it’s good,” he says.

The most-popular introductions make it into the permanent menu. That’s how Trio Enchilada, for example, got its start (“trio” refers to the red, ranchera and crema sauces it’s smothered in).

It’s not enough for the food to taste good, either. De la Cruz firmly believes in presentation. He even takes his own photos for the menu.

There’s one thing that may surprise patrons about the food. 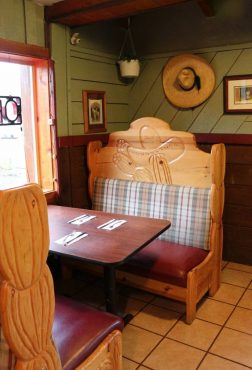 “People have the assumption that Mexican food is spicy,” de la Cruz says.

The truth? It’s not. 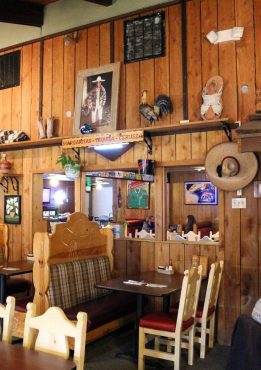 But de la Cruz is not about to disappoint those looking for their idea of Mexican food. So the menu has both authentic Mexican cuisine — such as the tacos (steak, chicken, pork or fish) and the Arroz Con Pollo — and choices that are adapted to the American taste buds, such as burritos.

Among the popular items are the tortilla soup (often ordered for takeout during the chilly months) and the seafood, especially the Camarones Sombrero (prawns wrapped in bacon, deep fried and stuffed with Jack cheese — who can resist?)

Having been in the restaurant industry for three decades, de la Cruz — who splits his time between Port Orchard and Key Center — says he still loves his job.

Asked what he thinks keeps attracting diners to his establishment, he says it’s all about the food and the service.

“We try to do our best to please our customers,” he says. “The local support has been great.”