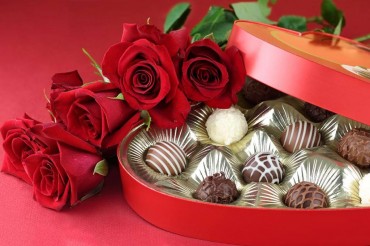 There’s a sweet scent rolling across the fields. Can you sense it? Do you feel it? That’s the aroma of new love in the air.

It’s a glorious feeling, isn’t it? There are secrets untold, mysteries yet to be discovered and new avenues to pursue. Finding a new love is like finding a new favorite movie — you’re breathless and exhilarated and want to hang out with it again and again (preferably with food) until you’ve memorized every word.

But you must tread lightly. Love is vulnerable but new love is particularly fragile. One wrong move can send your beautiful new partner running for the hills. Or you could be the one who turns away, even before you get to explore all that unchartered territory.

Here are a few tips on how to navigate new love.

But no so fast, Cinderella. Weigh that baggage before you let it scare you away. If the sparks are flying and everything feels right, don’t abandon the fireworks just because there are ex-spouses, or children, or debt. Keep it in mind, sure — but also keep it in perspective.

Deception is never a good idea but it’s also not a good idea to unload all your woes before you’ve even swapped middle names. Don’t start complaining about your previous relationships before the second course of your first date unless you’re not interested in a second.

Allow yourself to be vulnerable. Understand that you may get hurt but accept that it’s OK. Life is about new adventures. Sometimes they don’t go the way we planned; other times, it’s a whirlwind romance that ends just where it should. You never know which way it’ll go — but isn’t that what makes it glorious?

Donna Arp Weitzman is a wife, mother and businesswoman who enjoys writing and a good pair of Manolo Blahniks. “Cinderella Has Cellulite” is her first book.

As a frequent public speaker, she enjoys making others laugh and opening their eyes to a new perspective on some of life’s most challenging experiences.