Home for the Holidays in Gig Harbor

Celebrating the Season with Tom and Donna Torrens 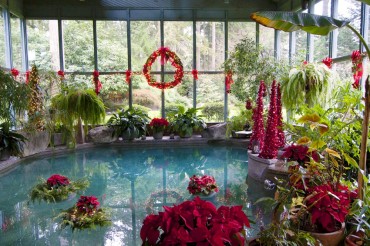 Any time of the year, the home of Tom and Donna Torrens is an eye-catching affair. Sitting on 7 1/2 wooded acres in the Artondale area of Gig Harbor, the house and grounds are liberally sprinkled with Tom’s metal and wood sculptures, including several of the bells and gongs he is perhaps best known for — although it’s clear upon perusal that he is also fond of experimenting with wide-ranging forms and textures.

Originally constructed by a local builder in the mid-1970s, the home was purchased in 1989 by the couple mostly because of the accompanying, spacious workshop, which Tom required for working on his large-sculpture pieces. The Torrenses quickly set about making changes to both the inside and outside of the house, appreciating the craftsmanship of the original structure, as well as the solid-cedar construction and planking, but wanting to lighten up what was an overall dark interior. What they ended up with is approximately 3,500 square feet of what is best categorized as solidly and delightfully Pacific Northwest contemporary design. 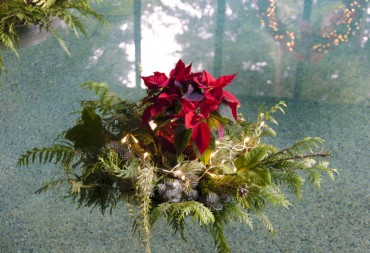 “What I loved about this house when we bought that is in every room in the house, you feel a part of nature,” Donna says. “And we live in such a gorgeous part of the world.”

According to her, the heart of the home is the kitchen and adjoined family room, which open through a sliding-glass door and window to a glass-enclosed swimming pool. When the house was built, the pool, surrounded by an exposed aggregate concrete deck and framed overhead by rough-cut timbers from trees found on the property, was a testament to a minimalist Scandinavian aesthetic. Since then, the Torrenses, who both love to garden, have filled the room with plants that obviously thrive in the warm, moist air, in effect bringing the garden indoors. From the sink in the kitchen, it’s possible to keep a close eye on the entire pool, which came in handy when their son, James, was growing up. 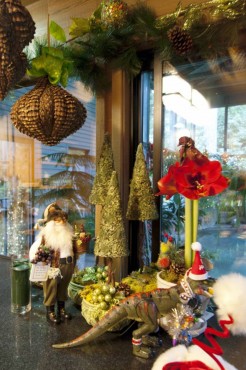 The scene is magical any time of the year, but perhaps no more so than at Christmas, when Donna Torrens spends a month decking the halls with items she’s collected for more than 40 years. 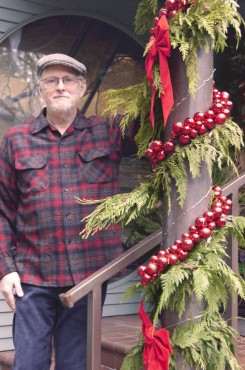 “Every year, I would set aside a budget, so I just kept adding stuff,” Torrens says.

She is particularly fond of pinecones, pine boughs and poinsettias — with all of the wood in the interior, “this house looks good with a lot of red in it.”

She’s made adjustments over the years — swapping out real candles for artificial ones, for instance.

The same goes with the giant wreath that graces the pool room, after the first one crafted from real boughs created a mess of dropped pine needles in the pool when the couple took it down. 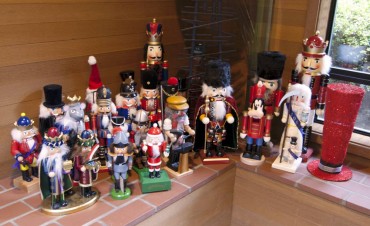 Over the years, family and friends have added to the holiday collection, including gifting them with a 100-year-old Santa Claus. But ask Torrens what her favorite decoration is, and she doesn’t hesitate. It’s the ornament from hers and Tom’s first Christmas together, a plastic, gold-and-red memento she got when his father took them out to dinner in Texas. Second in line is the ornament from their second Christmas together, inscribed in glitter with “Tom and Donna” and the sign for infinity.

Torrens isn’t sure how much longer she will continue to go all-out with the holiday decor. Last year, she aggravated an old rotator-cuff injury while reaching to trim one of the trees. Still, she says, “I do really love decorating the house.”