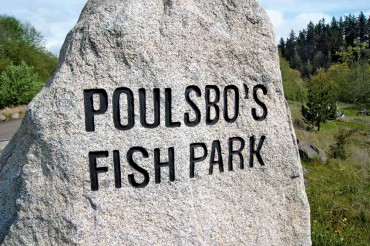 In my 25 years of public life, I have come to believe that community leadership is the key to a good community. Leaders create positive change. This was proven true again in 2002, when a very small group of civic leaders decided to work with the city to save a 13-acre site near downtown Poulsbo.

That site has grown to over 40 acres and has become a nature park in the middle of a growing urban city. Some city officials had at one time wanted to put an R.V. park on the site. Thank gosh for the folks who had a much different vision.

This small group had a vision “to preserve the site as a reflective place to provide quiet public enjoyment of the rich, native plant and animal habitat as a reminder of our natural heritage.” They have by and large achieved their goal. 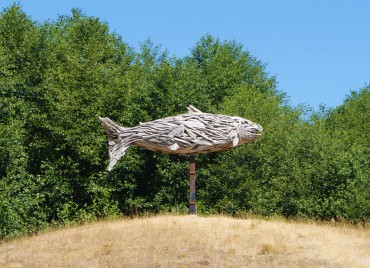 Development of the park has been successful over the years through the use of city dollars, grant money, donated properties and a plethora of community and volunteer support. The Poulsbo Fish Park citizen’s steering committee is always fundraising for funds to improve the site and add improvements to the park.

The original group of community leaders who made up the steering committee and had a vision for Fish Park were Joan Hett, member of Poulsbo’s Tree Board; Paul Dorn, salmon biologist for the Suquamish Tribe; Tom Nordlie, who was the original chair of the committee; and Mary McCluskey, director of parks and recreation for the city of Poulsbo. (I am sure I have left out some important people.) 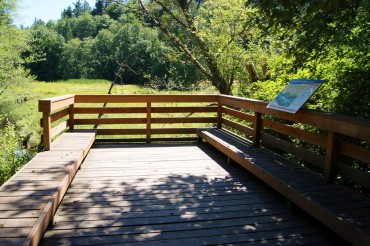 Over time, the city has invested $1 million in the project. More than $5 million has been raised through grants and more than $2 million worth of property has been donated. The city has a small budget for maintaining its park facilities so volunteers fill the gap to make sure the park is maintained and everyone can enjoy it.

The park is really a beautiful, passive, peaceful place to walk, enjoy nature, experience wildlife and have a picnic. All within one mile of downtown Poulsbo.

It provides 1.5 miles of looped trails, three pedestrian bridges, benches, nine interpretive signs scattered throughout the park, a wonderful stream that feeds into the estuary and ponds. Fish can be seen migrating up the stream. A variety of wildlife calls Fish Park home, including birds, otters, frogs and raccoon; even coyote and deer have been seen there. 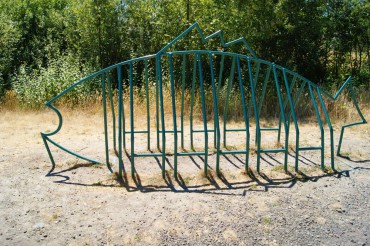 Over the years, projects in the park have been completed by many service groups such as the Eagle Scouts, the Poulsbo Lions Club and the Poulsbo Rotary, which completed the building of 1,000 feet of wonderful boardwalk allowing people to walk throughout the park even in the rainy days of winter. This park has truly been a labor of love.

Some other interesting facts about Fish Park. It was named in a local newspaper contest and submitted to the city council. Only about 3 percent of the funds needed have come from the city, the rest from grants and donations. The steering committee meets once a month and works with existing nonprofits to support the park. 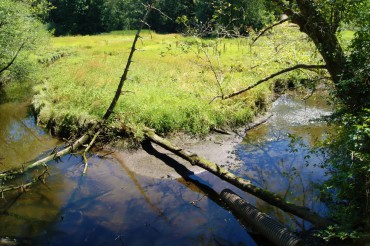 This project is a remarkable illustration of a partnership with the city, state and local volunteers. They came together under the leadership of a small group of committed citizens who wanted to leave a natural public space that will be enjoyed by future generations. They succeeded!

As Margaret Meade said, “Never believe that a small group of caring people can’t change the world. For, indeed, that’s all who ever have.”