Now and Then — Roxy Theater 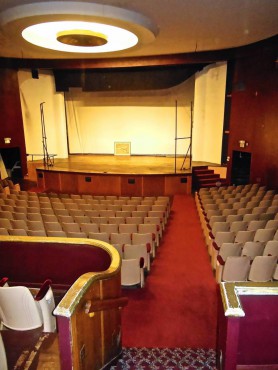 First-run movies and folks who once lined up around the block to get in at the Roxy Theater have long been faded memories.

The double-sided, age-worn, empty marquise, the towering vertical sign with missing letters and the huge, old “ROXY” sign — which was once eliminated with blinking Broadway-like splendor — can hardly be seen behind the seemingly unattended, towering, overgrown trees. Passersby may never notice the huge Bremerton relic that once entertained a community. 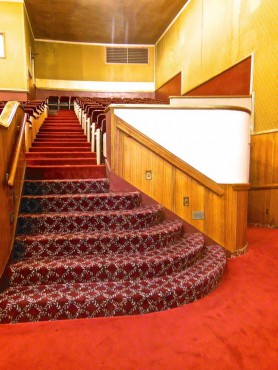 Even with good-intentioned attempts to remodel and repurpose it, Bremerton’s Roxy Theater sits empty today, located on 4th Street between Pacific and Washington avenues. There is reportedly serious interest in the 600-seat facility.

Although I have been inside many times, I had never totally explored until realtor Mark Danielsen showed me the nooks and crannies. Having a business on the same block, I hear community and tourist comments all the time. Recently, a New Jersey couple made reference to walking by the Roxy Theater and having an experience that was an eerie and nostalgic reflection of the movie “The Last Picture Show.” 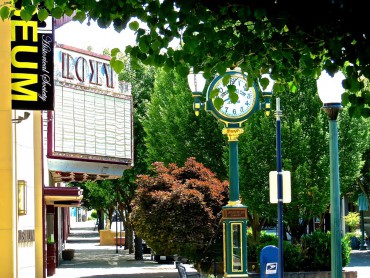 There were other movie theaters in Bremerton back in the day — the Rialto, The Tower, Charleston Cinema and Admiral Theatre, now a performing arts facility. Fredi Perry’s history book, “Bremerton and Puget Sound Navy Yard,” has a chapter that covers the subject.

The Roxy opened on May 29, 1941 and with rave reviews, I would presume. Fredi Perry shared that Bremerton notable Linc Perry was there on that opening day. A fun-loving teen, he walked to the front of that opening line and got in first, getting captured on film.

From the entrance lobby and interior concession counter, there were velvet curtains at either side. When drawn back, they exposed two elegantly carpeted, upward passageways that took theatergoers to the central seating area. Many notables, such as Quincy Jones, Jack Lenar Larson and Frank Wetzel, walked those entries. Even Bill Gates’ father is probably on that attendee list, as he grew up in Bremerton. Gates’ grandfather had a furniture store around the corner on Pacific Avenue. 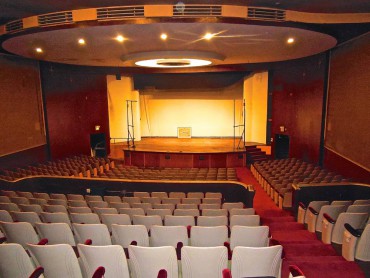 There are two concession counter areas, both exquisitely vintage and exciting. The one outside with a sidewalk snack pass-through is still framed today with the original red-burgundy tile. 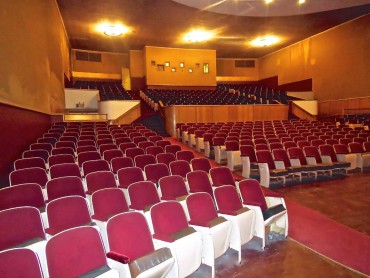 Then inside on the back wall of the lower lobby, the concession area still exudes history in the way of a mural. Adhered to the wall is a long mural created from photographs taken of the Pacific Fleet anchored in Sinclair Inlet in 1908. The photographs were taken by Asahel Curtis.

Being a Bremerton fourth-generation senior gal, I remember the Roxy Theater, but those memories overlap with the Admiral Theatre — both competitively popular in the ’50s and ’60s, when memories also include cruising downtown. 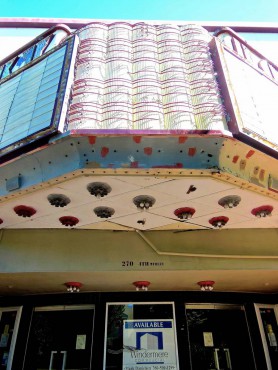 Colleen Monroe recalls the opening night of “Jaws.” “I have never heard that many people screaming at a movie,” she said. 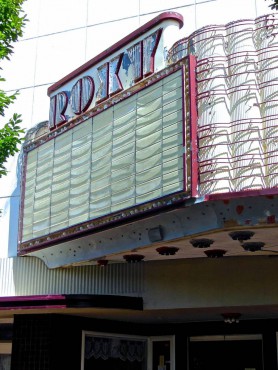 Denise Jackson remembers the summers of 1960 through 1964, when every Wednesday there were kids’ specials with such notable productions as “Crimson Pirates” with Bert Lancaster. She especially remembers the 25-cent lemon custard cones sold from the outside concession.

Sue McHenry said that her dad got the first 10 tickets to the Beatles’ “A Hard Day’s Night” that played at the Roxy. And it was memorable. She asked nine of her friends to come along.

“We screamed and bounced in our seats all the way through the movie,” she said. “I saw it 20 more times. Every time, it was an event. And I still have that ticket.”

Sharon Lee Oritz recalled that she was 5 years old her mother took her to the Roxy to see “Snow White.” They got there late and when they reached the seating area, the witch was on the big screen. 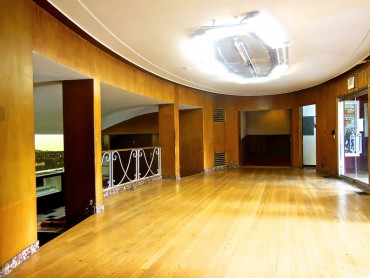 “I screamed and Mom had to take me out of the theater,” Sharon said. “But we went back in later.”

Richard and Sabrina Huddy said they had their first date at the Roxy Theater in 1998. Big Hollywood movies weren’t playing then, but there was a special showing of the “Mighty Mo.” They then married in 2000.

Norm Dicks said that while he was growing up in Bremerton, the Roxy was one of his favorite places to go. He recalled, like many others, the impressive first-run movies and buttered popcorn.

Many I talked to distinctly remember the neatly dressed usherettes who carried flashlights and assisted with seating. My good friend, Ardie Stockmoe, was one of those cute usherettes.

Such a gala time in those days when Bremerton’s upper 4th Street was bustling with activity, as the elegant Roxy Theater with its blinking show lights was joined on the block with Montgomery Ward, Sears, Booth’s Drug Store, Christensen Shoes, City Hall and a number of small shops.

Now the big department stores have little place in a geographically small city where street parking is limited and large malls have lured them to sprawling commercial acreage.

The Roxy is like an old, tired dragon tucked away in a dark forest — empty, tattered and obsolete. It was once a technically top-notch contemporary theater. That was “then.”