My father, Dean Kelley, was a pharmaceutical representative for a drug company. When he retired, he volunteered his time as a Master Gardener in Pierce County.

One time he was complaining to me that the scientific names of plants were hard to learn. I tried to put it in perspective for him by countering that the medical terminology that he used was hard for me, which he claimed was easy!

Every field of study has its own terminology that needs to be learned to be able to communicate precisely with others in the same field. Scientific names are important in botany because often the same plant is known by several different common names and the same common name may refer to totally different plants.

Swedish botanist Carolus Linnaeus published his first edition of Systema Naturae in 1735. He used the differences in the structure of flower parts and developed a system to classify plants.

In his binomial (two-name) system, the first name, the genus, refers to the “type,” such as a pine (pinus). The second name, the specific epithet, refers to a particular species within that genus; so Pinus ponderosa refers to a specific kind of pine tree, the Ponderosa pine.

Sometimes you will see letters or abbreviations that follow a species name. These refer to the first person to describe it. For example, when you see an “L.” following a scientific name, it means that it was originally described and named by Linnaeus. His system still works surprisingly well in this age where relationships between living organisms can be determined by genetic sequencing.

Modern taxonomists meet periodically to determine whether official names and classifications need to be changed in light of new evidence regarding genetic relationships. In the world of taxonomy, there are “lumpers” who want to lump many plants into one genus and there are “splitters” who want to separate plants into new, different genera.

Sometimes names are changed because an earlier name and description of the organism was rediscovered in the literature — a classic example is when the name apatosaurus replaced the dinosaur’s more familiar name, brontosaurus.

Latin was used because at that time period it was the common language of the scientific community in Europe. Many names are merely “Latinized.” They are usually derived from a distinguishing characteristic, a person’s name or the place or habitat where they are found.

How Plants Are Named

Plants named for people are usually named for explorers, botanists, collectors or mentors of the scientist who wrote the description. David Douglas was one of the most well-known collectors of Pacific Northwest flora. A fascinating biography by Jack Nisbet, “The Collector,” tells about his travels.

Archibald Menzies was an earlier naturalist who sailed with George Vancouver. William Fraser Tolmie was a factor (chief administrator) at Fort Nisqually. Several plants were also named for Lewis and Clark.

Plants are often named after the places or habitat where they were found or a native tribe that lived nearby. It could be a country, a state or more local place name. It could refer to whether the plant was found along the seacoast, in the mountains, along a lake or other habitat type.

Most plants are named for certain characteristics that distinguish them from others in their genus or simply for their beauty.

If you want to learn more, see Meanings and derivations of some native plants in the Pacific Northwest (PDF).

Scientific names are much easier to understand when you understand their meaning and the history behind their naming. So impress your friends by rattling off the botanical names of plants in your garden or on your next hike! 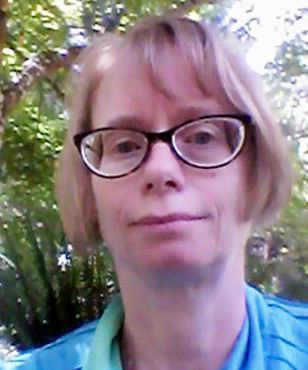 A garden columnist with an interest in ecological gardening and native plants, Dana Kelley Bressette is currently the plant production manager at Woodbrook Native Plant Nursery in Gig Harbor. She has a bachelor's degree in ornamental horticulture from Washington State University and a master's in urban horticulture from the University of Washington's Center for Urban... (see more by Dana Kelley Bressette)