From Old Schoolhouse to Community Center 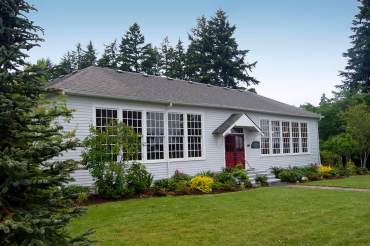 At just a little over 5 square miles, Fox Island is the second-most populated island on the Greater Kitsap Peninsula and ninth in the state. What many consider as a suburb of Gig Harbor is more than a bedroom community, however. Several local nonprofits and year-round community events give islanders opportunities to get involved in their own backyard — and visitors are enticed by recreational attractions that include a fishing pier and a nature trail.

Like the rest of Gig Harbor area, the population of the island (currently at a little over 3,600) has exploded in the last few decades. And while generations have come and gone, one building has maintained its status as the heart of the community — a former schoolhouse that has been preserved by local residents as a place to meet, host an event or simply hang out. 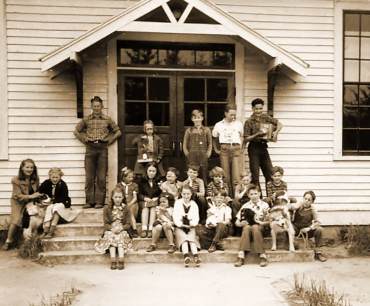 The Nichols Community Center, which marks its 80th anniversary this year, is the only building on the island listed on the National Historic Register. Although volunteers from the Fox Island Community and Recreation Association Trust — the property owner — have remodeled and restored various parts of the building, visitors can still get a feel for what it was like during the days when the building was Fox Island School. The two classrooms — with the slate blackboard still in place and even original wood cubicles — as well as the auditorium maintain the look (and many of the original materials) of the era gone by. 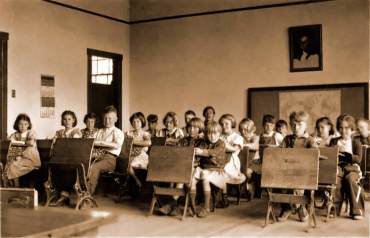 But what makes the old schoolhouse distinctive is not the fact that it has created a time capsule for islanders’ memories. What makes it special is a group of about two to three dozen core volunteers who have collectively contributed untold hours so that their community has a gathering place.

“Not many places have a building like this one to use as a community center, and how special is that,” says Jean Peterson, the chair of the building committee. 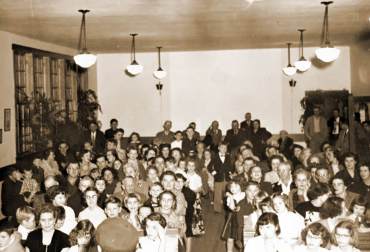 From Schoolhouse to Community Hub

The building of the first Tacoma Narrows Bridge in 1940 by the Works Progress Administration was expected to bring an influx of new residents to the Gig Harbor area. To prepare for that eventuality, the WPA and its predecessor, the Civil Works Administration, built several new schools in the area between 1934 and1939.

When the WPA built the wood-framed Fox Island School in 1934 — 20 years before a bridge connected the island to Gig Harbor — the island’s population was just a little over 200 people. Peninsula School District became the owner and operator of the school in 1940, and in the ’50s added a fallout shelter in a corner of the basement. 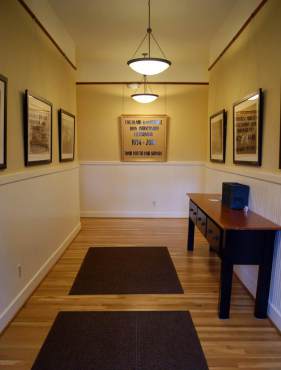 When enrollment dropped below minimum levels in 1961, the district began transporting students by bus to the mainland. The vacated schoolhouse served as the home for the local grange and then the museum before the Fox Island Community and Recreation Association was established and began leasing the building for activities.

It was a handshake lease, probably for a dollar a year. “It was a nominal lease but the money likely never exchanged hands,” says Tony Moore, who has been involved with both FICRA and the FICRA Trust for many years.

The district surplused the 5-acre property, including the schoolhouse and a small bus barn, in 1996 after failed levies forced it to cut costs. For FICRA, that was a small window of opportunity — since WPA-built buildings had a mandate as a public asset, public organizations had the right of first refusal when the buildings went up for sale. 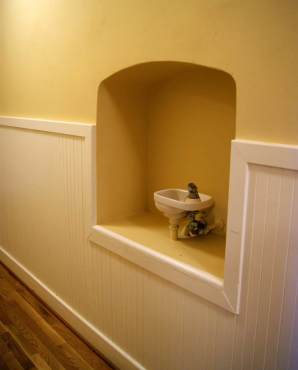 In true Fox Island fashion, the residents rallied to hastily create the FICRA Trust as a 501(c)3 and to raise the funds, which Moore estimates at around $80,000.

“We put it together in a hurried fashion and pushed it through,” he says. “We only had a few months.”

That was one of many milestones for the Nichols Community Center, which has since become a labor of love for many volunteers. Through the years, they’ve raised money via events such as auctions and have began a phased restoration project for the aging building.

“It was quite a mess and it needed to be spruced up, so we started with visual things,” says Carolyn Braden, former building committee chair. “We wanted a simple structure that could be used and cleaned easily but we also wanted to keep the historic look.” 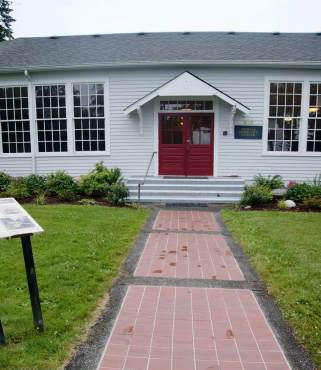 They’ve not only replaced many dilapidated bits and pieces, they’ve made other enhancements such as remodeling (and upsizing) the kid-size lavatory and adding a playground and a gazebo outdoors.

“We decided we wanted a playground for the kids and formed an ad-hoc committee. We had so much enthusiasm that we raised more money than we needed, almost enough for the gazebo,” Moore says.

The gazebo and the playground have become an attraction for visitors and residents alike. “People come every day, rain or shine, to use the gazebo and play. It has a reputation, so we have people coming off the island,” says Jim Braden, FICRA president.

The gazebo and playground are not the only draw. Today, the Nichols Community Center attracts not only local groups for meetings and events, but also people looking for a unique venue for family celebrations, weddings and reunions. The auditorium stage — which still has original flooring — can be used for performances and such. A small kitchen, where school lunches were once prepared, is available for heating and serving food. The events frequently spill over outdoors, into the playfield. 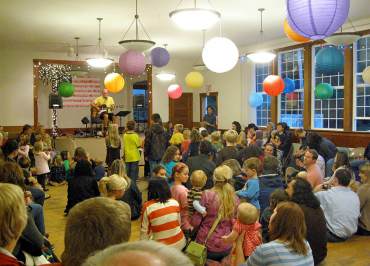 While the FICRA Trust maintains the property and the building, FICRA continues its mission of providing events, including a Christmas tree-lighting celebration, an Easter egg hunt and a summer community fair. A separate FICRA committee also oversees the Fox Island Nature Center, just one lot south of Nichols. The 5-acre property, which is being restored to native vegetation, includes trails, benches and interpretive signs. The funding for both FICRA and the trust comes mostly from fundraising and rentals. 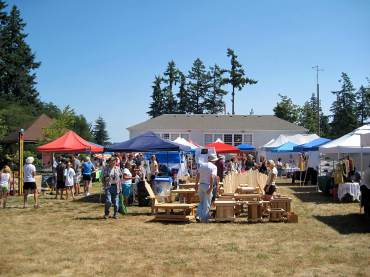 One newly formed committee under the building trust is looking to expand the center’s mission even further. The committee is working on emergency planning for the island, with the Nichols building to be used as a command center. The organization is working with entities such as the Red Cross and the Pierce County Department of Emergency Management to coordinate the effort.

“We (Fox Island) will be one of the last places to get response from the county, so we’re trying to become self-sufficient,” Jim Braden says. 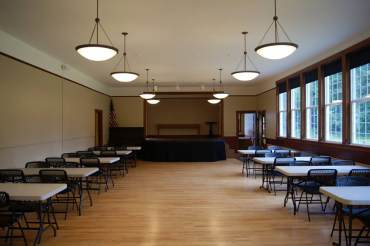 Braden says one growing effort is to involve more of the younger generation, who may view the organization as “a bunch of old people preserving a building.”

Still, the building is, in his words, “the nucleus of the community.”

For a two-room schoolhouse built as part of the “New Deal” in response to the Great Depression, surviving for eight decades and becoming a community hub may not be that big of a deal. But for a small community, who has united to raise tens of thousands of dollars on a small island in a few months, and has since contributed time and financial resources to keep the dream alive — that’s a remarkable feat, indeed.