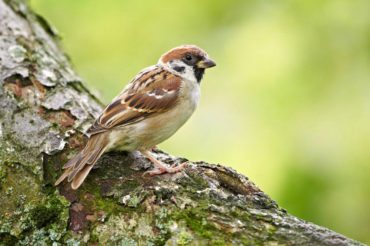 Wildlife Acoustics, maker of the Song Sleuth bird-identifying app, has announced the launch of a birding sweepstakes. It is presented by L.L. Bean Co., maker of outdoor wear and gear. David Sibley, renowned artist and author of “Sibley’s Guide to Birds,” is the prize.

The winner of the sweepstakes will have the opportunity to enjoy a weekend birding with Sibley during the L.L. Bean Bird Festival, May 26-28, 2018, in Freeport, Maine. In addition to spending the day with Sibley, the winner will also win a $1,000 L.L. Bean shopping spree. The winner will receive air travel and hotel accommodations for two to Freeport for three nights, two birding outings and one meal with Sibley. Two copies of the new Song Sleuth app are included.

David Sibley is a self-taught bird illustrator and a recognized authority on North American birds. In 2000, his seminal work, “The Sibley Guide to Birds,” established him in the birding world. This field guide includes 6,600 of his watercolor illustrations. This book and more of his work can be found at www.sibleyguides.com.

The starting date for entering the contest was Dec. 1. It ends on March 1, 2018. No purchase is necessary to enter or win. A purchase or payment of any kind will not increase the chances of winning. To enter and to learn the official rules and complete details, visit sweepstakes.songsleuth.com.

Wildlife Acoustics, Inc. provides bioacoustics-monitoring systems for scientists, researchers and government agencies worldwide. Founded by Ian Agranat, the company creates hardware and software tools for biologists and researchers who monitor a multitude of wildlife, including but not limited to birds, bats, frogs, insects and marine life.

Song Sleuth is a birdsong-identification assistant currently available on the iPhone. The sweepstakes coincides with the launch of Song Sleuth 2.0 in mid-February 1918. Along with new capabilities and the addition of more species, an Android version will also be introduced.

When a bird is heard that can’t be identified, tapping on the app will suggest what species of bird is singing. It covers nearly 200 of the most frequently heard species of birds in North America. The app includes a full set of reference recordings as well as information about each species’ appearance, habits and status.

L.L. Bean, founded in 1912, began as a one-room operation selling one product, the Maine Hunting Shoe. It is still family-owned but can be found worldwide and is a leading multichannel merchant of outdoor gear and apparel. It currently operates 38 stores in 17 states across the United States, along with 25 stores in Japan. The flagship store in Freeport, Maine, receives more than 3 million visitors every year.