The Battle of the Colonies in Real Life: Slow-Motion Science on the Beach

Where would you go to find a clonal colony of creatures armed with thousands of neurotoxin-filled harpoons engaged in deadly combat? To find the front line of an intergenerational clone-colony war, you need go no farther than your local beach.

The humble sea anemone’s colorful arms may make them look peaceful as flowers in a garden, but do not be fooled; their colorful exterior belies a life of bitter strife.

The stinging barbs, which the anemone uses to hunt, are called nematocysts and they act like microscopic harpoons. Each nematocyst has a spearhead attached to a coiled hair that acts like a spring.

When something touches the tentacle, the nematocysts fire into the object, filling it with venom. Anemones also have special club-like tentacles that they use for fighting each other.

Anemones can reproduce either sexually or by binary fission, which means they split in half and form two new, identical organisms. Thus, a single anemone can turn into a large patch of genetically identical animals, sometimes referred to as a colony.

Colonies of sea anemones battle each other for territory, as space is usually the resource that most limits the growth of the colony. Some new research shows that colonies are actually organized into different castes!

These include heavily armed “warrior” polyps lining the borders of the colony, smaller, nimble “scout” polyps that search for new areas to expand into and large, “reproductive” polyps that invest lots of energy into forming new clones.

It is fascinating that such a social structure exists with animals without eyes or a central nervous system. Between warring colonies lies a barren anemone, called “DMZ” – a few inches where no new growth is allowed. When the scout polyps sense incursion into the DMZ, a fresh wave of aggression is triggered and slow-motion tentacle-smacking begins between colonies.

Observe the Natural World While Volunteering!

Stories of warring caste-bound clone societies may sound like something out of a science fiction novel, but there are many strange happenings in the natural world. The mundane is transformed into the fantastical with knowledge and a curious mindset.

If this kind of thing piques your interest, consider becoming a Harbor WildWatch volunteer. Orientation is on Feb. 21, 6 – 8 p.m. at the Gig Harbor Round Table Pizza. Pizza and soda provided.

Volunteering helps you give back to your community and improve your personal health. The Corporation for National and Community Service reports that for adults age 65 and older, volunteering can have a positive effect on physical and mental health due to the personal sense of accomplishment leading to a better sense of wellbeing.

Nothing beats a day on the beach to encourage community and friendship. We’d love to meet you!

The Skansie Interpretative Center, home to Harbor WildWatch, will reopen to the public on March 2 with a new, permanent touch tank; augmented-reality sand box and other treasures to explore. Bring the family and say hello to our anemones! 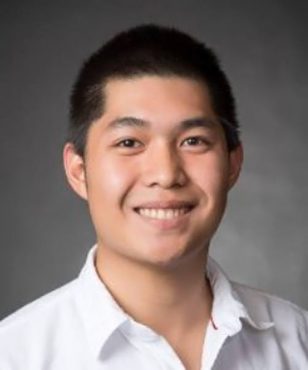 Franco Ramos is the program coordinator at Harbor WildWatch, a nonprofit environmental education organization based in Gig Harbor. Its mission is to inspire stewardship for Puget Sound by providing learning opportunities about the environment to the people in the local community. Through more than 600 fun and interactive programs each year, Harbor WildWatch hopes to... (see more by Franco Ramos, Harbor WildWatch)