Your Potting Soil may be Harming the Environment 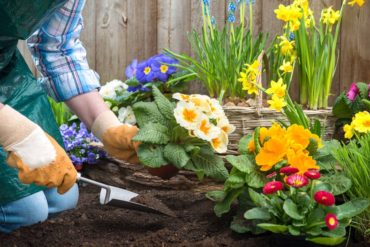 Today, home gardeners are taking a second look at the way they garden, aiming to upgrade to more sustainable practices and bring their passion for gardening in line with their environmental principles. Leaving peat moss out of our gardens is one meaningful step you can take toward combating climate change.

If you grew up gardening in the last century, you probably cherished peat moss as the next thing to Mom and apple pie. When my dad taught me to garden, he showed me how to dig bales of peat moss into the vegetable beds to improve the soil’s ability to hold air, water and nutrients. Peat was the main ingredient in every growing medium I bought.

I never stopped to ask where my peat moss was coming from. I thought of it as a naturally good thing, like adding cow manure or compost to my soil. Then I got some bad news: Peat is not a sustainable product, at least on a human time scale. It was time to kick the peat moss habit.

Peat comes from wetland plants — sphagnum moss but also sedges, grasses and reeds — decomposing very slowly in oxygen-poor water. What we call peat moss forms from sphagnum moss; it serves many gardening purposes because it holds water like a sponge.

But there’s a dark side to this story. In peat bogs, peat forms at less than 1 millimeter per year. The peat we garden with took thousands of years to form.

Besides, peat sequesters one-third of the world’s soil carbon, more than all the forests in the world. Draining the bog and extracting the peat releases carbon into the atmosphere. Extraction eliminates the carbon sink that the peat provides. That means that by using peat-based potting mix, I was contributing to climate change.

I suspect that most American gardeners, like me, haven’t been aware of the environmental impact of peat mining (yes, mining, because it’s resource extraction, not harvesting of a renewable resource).

As far back as 1971, Europeans sounded the alarm about loss and degradation of peatlands. The Ramsar Convention, an international treaty named for its origin in Ramsar, Iran, addresses conservation and wise use of wetlands including peatlands. The United States has designated dozens of Ramsar sites as important wetland areas, from Vermont and New Jersey to Texas and California.

But American consumers have been late to appreciate the connection between peat moss at garden centers and loss of the environmental services provided by peat bogs.

It’s true that peat makes an excellent growing medium. An ideal potting mix is dense enough to keep plants from tipping over and retains water and nutrients, but it also allows water and air to flow through easily. Peat in commercial mixes has these qualities, and it decomposes slowly.

It’s not the only option, though. A number of materials, from coir (coconut fiber) to composted bark to byproducts of food processing, prove to be equally effective media for growing plants commercially and in home gardens.

In Britain, this issue gets more attention and peat-free garden products are already widely available. Prestigious gardening organizations including the Royal Horticultural Society use and advocate peat substitutes such as coir.

Coir is the pith left over from coconut processing after longer fibers are separated out. If not used for a growing medium, the coir would otherwise be waste, so we can feel good about putting it to use.

These coconut fibers have almost the same color and consistency as peat moss. Blending them with compost yields a rich brown, highly absorbent potting medium. I find that my summer container plants do just as well with the coir-and-compost mix as they did in previous years with peat-based potting soils.

Coir can be found at hydroponic growing outlets. It comes loose or in pressed bricks, not unlike small bales of peat moss. It’s easy to hydrate a coir brick by soaking it in a large trash barrel.

Whatever form of coir you use, you want it to have been washed to remove salt. Some coir has been processed in sea water. If you object to the carbon cost of coir shipped from coconut-growing areas, more local materials such as leaf mold, composted bark or wood chips or rotted sawdust may do the trick.

Once we give up peat, we’re going to find innovative and economically viable uses for lots of materials that have heretofore had to be disposed of as waste.

By reducing your use of peat for gardening, you’ll be helping to slow climate change. If you don’t have homemade compost to use for peat-free potting mix, you can combine bagged commercial compost with coir. Even better, ask your garden center to stock peat-free products.

Once there’s demand, the market will respond, and we won’t need to make our own potting mix at home to spare the peat bogs and the planet. 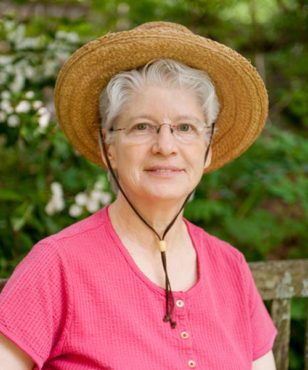 A home gardener in Newton, Massachusetts, Rebecca Warner has over 30 years' experience working toward a sustainable ornamental garden. When she's not gardening, she's a geriatric psychiatrist. Her book, "The Sustainable-Enough Garden," is the story of her quest to make a beautiful garden that's environmentally friendly. In the last five years, she has overhauled her... (see more by Rebecca Warner)