Washington No. 12 State Most-Affected by Cybercrime

Cybercrime is a massive global industry, reaching $3.5 billion in damages from reported incidents in 2019. Safety.com consulted the 2019 FBI Internet Crime Report to uncover the states most affected by cybercrime. The report provides statistics for every state regarding the number of victims, number of cybercriminals, total losses and total earnings by cybercriminals.

States are ranked by total monetary losses as a result of cybercrime. Washington ranked No. 12 on this list. Here are the Washington stats:

Social engineering, or manipulating people into divulging confidential data, is one of the leading forms of information theft that causes financial damages. Perpetrators might call and pretend to be from a tech support team from the victim’s bank, for example.

People are vulnerable to these social attacks the same way they’re liable to fall for other phishing attacks online, in which victims are tricked into handing over highly personal information such as Social Security numbers, account numbers, or passwords. 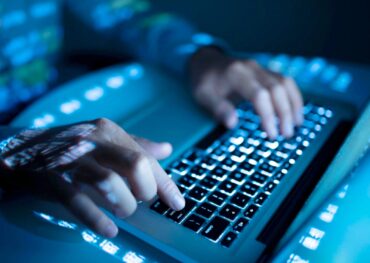 Phishing attacks could come in the form of an email or text that looks like it is from a reputable company or site asking you to click on a link to change your password or offer you free merchandise. These attacks can easily catch victims off guard — from unsuspecting retirees to top-level employees at major companies.

Using security software on devices including computers, tablets and smartphones is recommended by the Federal Trade Commission, as is using multifactor authentication for accounts when offered. And for those who think they have fallen victim to cybercrime, it is important to report it to the proper agencies, such as the FBI‘s Internet Crime Complaint Center. Being aware of the threat is the first step to defend against cybercriminals.

To find out how much cybercriminals steal in every state and how the other states ranked, read the full article at Safety.com.

For tips on internet safely, check out this article, “25 tips for navigating the internet today.”