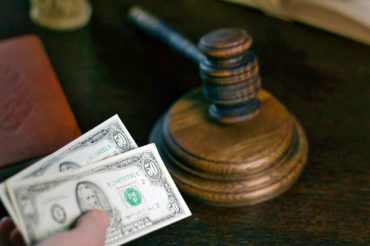 The Kitsap County Sheriff’s Office, in conjunction with the Office of the Kitsap County Clerk, is warning county residents of an ongoing telephone scam that has resumed, once again, in the West Sound area.

Both the clerk’s and sheriff’s offices have received information that a person purporting to be a representative of the sheriff’s office has been calling potential victims to inform them that they have failed to appear for jury duty service, and that a warrant will be (or has been) issued for their arrest. Other variations of this scam include failure to pay a debt, failure to pay taxes, failure to renew licenses, etc.

One latest twist is that the suspect uses the name of a Kitsap County Sheriff’s employee. From a technology aspect, the perpetrators also are engaging in (what’s commonly called) “caller ID spoofing.” This is the capability to alter the number from which the perpetrator calls to display any number they choose, typically a local police/sheriff’s department or local government number, to present the appearance of legitimacy. (The Caller ID Act of 2009 prohibits using caller ID spoofing to cause harm or to defraud someone.)

Typically, the person receiving the call replies that they’ve not received any notice concerning jury duty service. The perpetrator then informs the victim that they are still responsible for not appearing for jury duty as instructed.

The suspect further advises that to avoid arrest, they must pay a sum of money by credit card or obtain a money order or a “Money Pak” (cash card) for the warrant to be “lifted” or “quashed.”

The suspects also play to the victim’s fears with personal knowledge about the victim and the victim’s family, employer and residential location — all information easily found over the Internet.

The sheriff’s office has also received reports that the scammers are asking people to meet them at the courthouse, then while en route to Port Orchard, the victim is redirected to another location, making them vulnerable to whatever the perpetrator has in mind.

The Kitsap Sheriff’s Office emphasizes that this is a scam. Do not become a victim. In reality:

This scam has been prevalent, in various forms, in the West Sound area for the past 10 years. For additional information, see www.fbi.gov/news/stories/2006/june/jury_scam060206.