Enjoy ‘Coffee with A Cop’ in Kingston 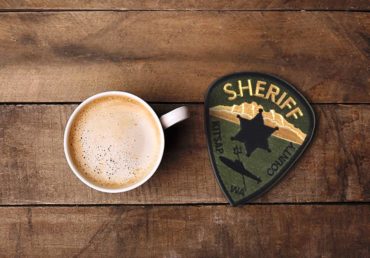 Kitsap County Sheriff Gary Simpson, together with sheriff’s corrections officers and sheriff’s deputies, extends an invitation to the residents of Kingston and North Kitsap to join them for a community outreach and communications venture titled Coffee with A Cop. There are no agendas or speeches — just an opportunity to ask questions and get to know some of the men and women of the sheriff’s office who serve North Kitsap, as well as discuss community issues, build relationships and enjoy a cup of coffee.

This event takes place from 4:30 to 6 p.m. Thursday, April 12, at the Village Green Community Center located at 26159 Dulay Road NE in Kingston.

Here’s some background provided by the sheriff’s department:

The idea of “Coffee with A Cop” was launched in Hawthorne, California, in 2011, as a result of a brainstorming session. Members of the Hawthorne Police Department were looking for ways to interact more successfully with the citizens they served each day.

Community policing has been considered a framework for establishing trust between the community and the police for many years. However, over time, the character and composition of our nation’s communities have changed due to shifting demographics, more commuters, and the introduction of different communication methods through the Internet and social media.

The Hawthorne Police Department hit upon a simple plan to break through the barriers that have arisen over the years — a cup of coffee. In less than five years, Coffee with A Cop events have been hosted in all 50 states and is one of the most successful community-oriented policing programs across the country.

The program also has expanded outside the United States to Australia, Canada and many countries in Africa and Europe. The key to Coffee with A Cop’s growing success is that it opens the door for interactions outside of crisis situations that typically bring law enforcement officers and community members together.

In North Kitsap, the April 10 endeavor would not have been possible without the assistance provided by the Village Green Community Center Programs Director Linda Fyfe and her volunteer staff. Other contributors include the barista staff at The Cup and Muffin in Kingston and proprietor Mark Anderson, who sponsored the event.