The Old-Car Hobby Is Not Just About the Cars 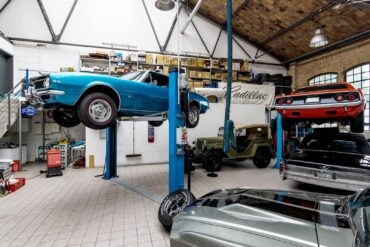 Describing a car hobbyist is like describing a diet. There are so many kinds: You have racers and people who watch races. You have collectors and hot-rodders. You have restorers and you have folks who simply love to drive.

Today I wish to talk about what we like to call the old or vintage car hobby.

As the name implies, we’re talking about old cars, generally anything from the 1920s to about mid-1970. More specifically, these old automobiles and trucks are stock (original) or nearly so, and what we try to do is restore them to their former glory.

This often requires a great deal of research, which is one of the more fascinating parts of the hobby. We go online, dig into books and talk to buddies in search of parts. The goal here is to make this thing look good and drive safe. Often, research leads owners to a deeper understanding of the history of their car and the era in which it was produced. Like I said, fascinating!

Many owners prefer to do much of their own work, developing some amazing fabrication skills in the process. One thing that differentiates working on old cars versus newer cars — and probably the thing most appreciated by backyard tinkerers — is that the old rides don’t have computers. They are just machines, plain and simple, without complicated electronic brains dictating everything the machine does.

Secondly, cars of old were made of basic material like wood, steel and rubber — stuff we love to work with. They are much easier to fabricate, restore and duplicate than some of the synthetic materials of today.

Often, the work of restoration takes center stage in this hobby — and for many, it becomes therapeutic. And, OK, let’s be honest: It takes a certain amount of dedication (some would even say passion) to do it right, and a significant investment in time and yes, money.

Maybe you are not a tinkerer or maybe you’ve acquired a car that is “done” (though let’s face it, are old cars ever really done?). And so, what do you do with it? It turns out lots, because this hobby has certainly evolved over time.

You see, back in the day, cars were restored to be used primarily as garage decoration. They were meticulously restored, some to “museum quality.” So that’s what they did, they sat in a garage or museum. Sure, they looked great (and some were and still are incredibly valuable), but their mechanicals often left something to be desired.

As time went on, vintage car enthusiasts formed groups and clubs, first in an effort to locate parts and share knowledge, but soon to take tours in their cars and sponsor shows and “cruises.”

Today, you can find one or more of these clubs active in nearly every community. They’re always looking for new members. Nearly every automotive manufacturer offers a regional or national organization for like-minded enthusiasts.

It would be difficult to overstate the satisfaction in taking your completed pride and joy on the road. The looks you get, the thumbs up and horn honks are uplifting to say the least.

Of course, things go the other way, too. You’re going to break down (it’s inevitable) and using the box of replacement parts and duct tape you have in the trunk, you’ll fix it on the fly.

But it’s not all bad, because there are always folks around who have been in this hobby a long time and tend to be rather easy going and all too eager to help get you back on the road. This hobby is not just about the cars. It’s about the amazing places we tour and the amazing people we meet.

If you would like to know more about the Old Car Club in Kitsap County, go to www.ovac.us.