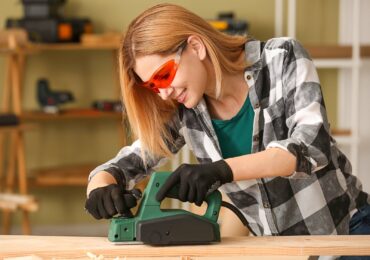 Since the start of the COVID-19 pandemic more than two years ago, living space has taken on new importance for many Americans. From early COVID lockdowns to lasting remote or hybrid work arrangements, people have been spending more time at home and collectively investing billions in the spaces where they live.

While the pandemic’s economic effects — including high savings rates, low interest rates and government stimulus — helped supercharge home improvement spending, investment in such home projects was already up in recent years, alongside more than a decade of rising home prices. In 2011, after the Great Recession, inflation-adjusted spending on major residential improvements per household fell to $1,452, but that figure grew steadily to $2,398 by 2021, according to the U.S. Bureau of Economic Analysis.

While households have historically shown a greater likelihood of investing in their homes during periods of rising property values, a number of factors specific to the COVID-19 pandemic encouraged more homeowners to do the work themselves as “DIY” projects. Data from the Farnsworth Group and Home Improvement Research Institute collected between March 2020 and June 2021 show that upwards of 90% of DIYers reported doing the work because they had more time at home, upwards of 50% because of health or safety reasons, and upwards of 20% because contractors weren’t available. More recently, the rising cost of labor and materials could further incentivize homeowners to take on necessary projects themselves as a way to save money.

Being a DIYer is more conducive in some parts of the country than in others, given that between 80–90% of DIYers report purchasing their home improvement products in-store (as opposed to online). Based on the concentration of hardware, furniture, and appliance stores relative to the population, states in the Mountain West, Plains and New England regions are the most DIY-friendly, led by Montana at 8.54 stores per 10,000 residents. At the opposite end of the spectrum are Nevada, Hawaii, Arizona and California, with fewer than half the number of stores per capita when compared to leading states.

The data used in this analysis is from the U.S. Census Bureau, Zillow and the U.S. Bureau of Economic Analysis. To determine the best locations for DIYers, researchers at Porch calculated the concentration of hardware, furniture and appliance stores (per 10,000 residents). In the event of a tie, the location with the greater total number of hardware, furniture, and appliance stores was ranked higher. To improve relevance, only metropolitan areas with at least 100,000 residents were included. Additionally, metros were grouped into cohorts based on population size: small (100,000–349,999), midsize (350,000–999,999), and large (1,000,000 or more).

The analysis found that there are 4.39 hardware, furniture and appliance stores per 10,000 residents in the Bremerton-Silverdale-Port Orchard metro area, compared to 4.54 nationally. For comparison, the Seattle-Tacoma-Bellevue metro area only has 3.81 and ranks 37th nationally out of 53 large metros (which doesn’t include Bremerton-Silverdale-Port Orchard).

Here is a summary of the data for the Bremerton-Silverdale-Port Orchard, metro area:

For reference, here are the statistics for the entire United States:

For more information, a detailed methodology and complete results, you can find the original report on Porch’s website: https://porch.com/advice/the-best-cities-for-diyers.