3 Tips for a Contingency Plan for Your Remodeling Project 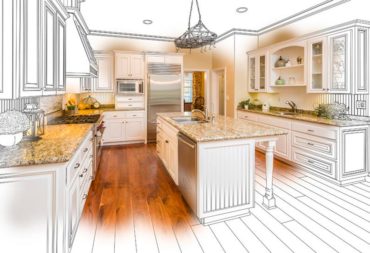 Everyone has heard a story about a remodeling project gone south in terms of budget. Cost overruns, things they could not foresee, costing more money and time. Many people might think this is limited to large-scale projects, but it can greatly affect something as simple as a re-roof, deck repairs, replacement window swap or other smaller project.

Recently I heard a tale about a couple who had a bid to re-roof their home for $12,000. It seemed reasonable, so they signed the proposal and proceeded. When the project began, they discovered that the roof sheathing was bad and needed replacing. They were in a real bind, as they had not planned for that, and now needed to quickly come up with another $6,000.

This was stressful and challenging on short notice, and while they managed, they asked me after the fact if there would have been any way to prepare for that with future projects.

This is truly one of the most challenging aspects of remodeling. There may or may not be indicators of more sinister problems when we look at a remodeling project. Leaks or ventilation issues don’t always have visible signs until things are so far gone, there is nothing you can do to fix it. You cannot see, smell or feel asbestos or lead paint, nor tell if there is polybutylene plumbing, insulation or live wires behind the drywall.

So how do you prepare for this? A contingency plan, in terms of budget, is a good start.

On larger projects, we suggest a 10 percent contingency. That will typically cover all the bases — but on smaller projects, or in the case of something with serious issues, it may not be enough.

Take the case of the roofing couple. They ended up spending 50 percent more than they had budgeted for, and there was nothing they could do after the roof was torn off. Once their roofing was removed and the sheating was discovered to be bad, there was also the issue of discovering why it was bad.

Was there inadequate attic ventilation? Did the house’s exhaust fans just vent into the attic? Was the prior roofing improperly attached and caused water issues? It’s a bit of a complicated snowball effect, and all the issues have to be considered and repaired in addition to the original work.

So the second part of the contingency is to have a discussion with the contractor. Ask what kinds of issues might you come across with this type of work and what would be the relative costs for those items if they need repairs.

This is not an exact science, but more to give you an idea of the types of issues the contractor has experienced or seen in the past with similar jobs. While you may not know the exact types of questions to ask, it is helpful to be able to rely on the experience and expertise of a qualified contractor.

When we look at projects that could have possible issues, we often ask if the client is agreeable to “exploration.” There have been times that we have done “test holes” in the drywall, removing sections to do a deeper investigation.

In all the instances we have done that, we got the green light, but in the event we found something complicated or more sinister lurking behind the wall, we could adjust the costs so the client would be aware and could make a rational decision instead of being in the panic of midremodel and feeling like there are few options. If the work is too complicated cost-wise, there is the option of patching things back up and shifting the plan accordingly.

A third option can be to have some items that are easy to eliminate from the scope of work if you need funds. This is never popular, but can be very helpful if you get in a pinch. Things like using a lower priced material in an area, leaving a space unfinished or just eliminating an element all together.

I have often heard people, early on in the remodeling process, say something like, “We can just take that from the contingency fund.” No, you cannot. Our rule of thumb is this: Nothing comes out of that fund that is not an emergency. When you get to drywall and all the finish materials have been ordered, you are likely to be out of the woods on surprises. Only then should you access the contingency funds for something fun or extra.

Bottom line, a budget cushion or contingency fund is a must, and clear communication about the possible pitfalls that could be encountered must be had with your contractor. Both of these will soften the blow of any potential problems that arise — and if not, take some of that money and go buy a lottery ticket because it’s your lucky day! 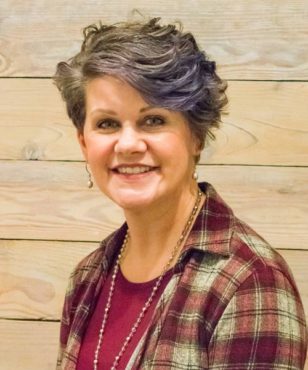 A native Washingtonian, Judy Granlee-Gates has lived in Poulsbo for nearly 30 years. She and her husband own Joe Gates Construction, Inc. in Poulsbo, specializing in custom building and remodeling. The company is also an authorized StarMark cabinet dealer. Judy has been in the construction industry for 28 years and enjoys seeing a home go... (see more by Judy Granlee-Gates)