Facing the Plastic — Why the Federal Government is Banning Microbeads 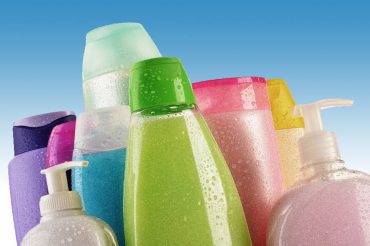 If you have ever used an exfoliating body wash or facial scrub from a major manufacturer, chances are you’ve used a product containing microbeads. While these tiny particles may be good for removing dead skin, they are bad news for the environment. Beginning in 2017, microbeads found in many personal care products will be banned across the United States.

What are microbeads, and why are they bad?

Microbeads are tiny beads of plastic that can be found in hundreds of products we use daily, from hand soap to shampoo, and even in toothpaste. These products are rinsed off after use, sending bits of plastic down the drain.

Most pollutants that go down our drains are removed at sewage treatment plants, but not microbeads. They slip through filters that were not designed for such small particles. And not only are they plastic, they absorb chemicals that have been linked to cancer and other diseases.

Once released into waterways, microbeads are eaten by fish that mistake them for food. Researchers are concerned that this is not only harmful to the fish- pollutants can be transferred to humans that eat the fish for dinner.

What does the ban cover?

The Microbead Free Waters Act of 2015 (H.R. 1321) will ban the manufacture of microbeads beginning in July 2017. Manufacturing and sales bans go into effect in 2018 and 2019. The bill was bipartisan and passed Congress without controversy.

The pollution really is a big deal. A recent article in the journal Environmental Science and Technology advocated for the ban, estimating that 808 trillion microbeads are washed down drains in the United States each day. An estimated 8 trillion, or 1 percent, of these microbeads are released directly into waterways. That’s enough plastic to cover 300 tennis courts!

What can you do now?

Products containing microbeads are still on the shelves and you may have some at home. You can avoid further pollution with microbeads by checking the list of ingredients on the products you use. Check the ingredient list for polyethylene (PE) or polypropylene (PP).

If you see these ingredients, the product contains microbeads and should be disposed of — not down the drain! Dispose of them in the garbage or send them back to the manufacturer.

There are products available that exfoliate without the use of microbeads. If you have a favorite beauty product that contains microbeads, consider replacing it with a natural alternative. Look for products that contain pumice, walnut husks or other natural material. Many manufacturers have started to remove microbeads from their products voluntarily before the ban begins.

Don’t wait for the ban — stop washing your face with plastic today. 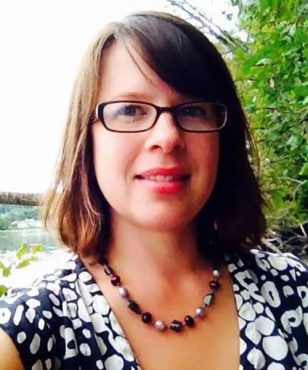 An East-Coast transplant and Georgia native, Lisa Horanyi moved to Kitsap County in 2014 from Charlottesville, Virginia. She is the education and outreach coordinator in the Sewer Utility Division at Kitsap County Public Works. Lisa has an advertising degree from the University of Georgia and has written on a variety of topics including science, transportation... (see more by Lisa Horanyi)