How United Airlines Took Off from Gorst

Did you know that United Airlines took off from Gorst? Sounds a bit far-fetched; however, there just may be a bit of truth tucked away in there somewhere.

Let’s go back and see if we can connect the dots.

The story begins as John Gorst brings his family from Minnesota in 1888. After a journey that included having their charter boat towed, they arrived in Kitsap County. Soon after they arrived, he purchased 60 acres at the head of Sinclair Inlet.

In 1890, Gorst’s brother, Sam, arrived and purchased 160 acres nearby. Together, the brothers began a logging business. 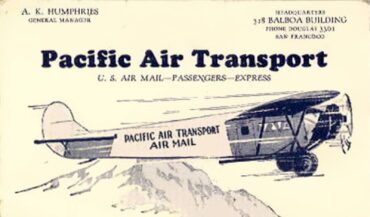 John’s son, Vern, was born in 1876 in Minnesota and demonstrated an interest in all things transportation. At the early age of 13, he began his own business, hauling chickens across Port Orchard Bay with a log raft.

After attending Seattle Business College, Vern Gorst embarked on a number of business ventures that included the Alaska Gold Rush; a ferry service between Port Orchard, Bremerton and Manette; a bus service along the West Coast; and a partnership with Bill Boeing to produce wood for aircraft. 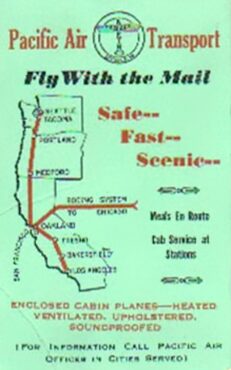 The first successful powered flight by the Wright brothers in 1903 captured the imagination of then 28-year-old Vern Gorst. The hook was set and he had been bitten by the aviation bug. So keen was his interest in flying that he taught himself to fly at age 38.

Gorst was always on the lookout for business opportunities and eager to continue flying, he launched Pacific Air Transport. In 1925, Pacific Air Transport landed a contract to deliver mail between Seattle and Los Angeles. If you think flying today is taxing, consider the fact that you could get one of the few available flights to LA from Seattle for $135. Of course, that flight would be in an open cockpit, sitting on a mail bag for 18 hours.

In 1928, with expansion in mind, Gorst sold a majority portion of Pacific Air Transport to Bill Boeing. This was done so he could purchase a flying boat, with an eye on yet another mail contract. The next year, Gorst began an air service between Bremerton and Seattle. Soon, he was operating another route in Alaska, between Juneau and Cordova.

It was not long after that government regulators became concerned that Boeing owned or controlled a number of small airlines. A group representing Boeing Air Transport, United Aircraft and Transport, Varney Air Lines, Pacific Air Transport and National Air Transport met at the Gorst family home in an effort to find a solution. They concluded that the best answer was to form a new company merging under the name of United Air Lines. The government agreed and the rest is written in history.

Now all the dots connect!