Who’s to Blame for Climate Change? The Answer May Surprise You 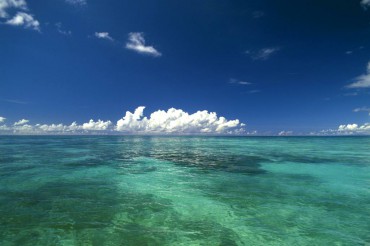 No question about it — a blazing argument, sometimes lacking in cold-hard facts, continues globally and concerns whether or not our little globe is getting warmer (it seems to be, if ocean temperatures are a reliable marker). And who’s to blame? The sun? The Earth’s volcanic core? Those little men with their fantastic machines? Some interstellar force like in Star Wars? Or nobody at all?

While pondering the answer, here’s something that may throw some more kindling into that fire.

Little sea-bottom residing critters called marine archaea (pronounced ar-kay-eh), one of Earth’s most ancient and resilient creatures, maintain for us a 150-million-year record of sea temperatures, including a global warming climate change event that occurred some 56 million years ago. Archaeans may be the only organisms that can live in extreme habitats such as extremely hot thermal vents or hypersaline (really, really salty) water.

What do they have to do with climate change? Read on.

These creatures may be extremely abundant in environments that are hostile to all other life forms. However, archaeans are not restricted to extreme environments; new research is showing that they are also quite abundant in the plankton of the open sea and yes, even in your guts.

Much is still to be learned about these microbes, but it is clear that the archaea is a remarkably diverse and successful clade of organisms. A clade (from the ancient Greek “klados,” “branch”) is a group of organisms that consists of a common ancestor and all its lineal descendants, and represents a single “branch” on the “tree of life.”

In the case of the archaea, he or she is a very good candidate to preserve as a molecular fossil from the cell membrane. Archaeal membranes do not contain the same lipids (oily compounds) that other organisms do; instead, their membranes are formed from isoprene chains (having to do with fat-soluble vitamins and some steroids).

Because these particular isoprene structures are unique to archaeans, and because they are not as prone to decomposition at high temperatures, they make good markers for the presence of ancient archaea. Off the west coast of Greenland, some of the little buggers found have been dated to more than a billion years ago.

Presumably if these fellows are present in plankton, near the surface of the sea, then take a gravity dive to the sea bed, they could carry the history of the sea surface temperature with them no matter how deep they go for their hundred-million- or billion-year nap.

Only problem is, as University of Washington oceanographic experts determined in 2014, sea bottom oxygen deprivation can cause the little critters’ fat deposits in their shell configurations (their “tree rings”) to falsely record warm sea surface temperatures, leading scientists to conclude that maybe there wasn’t a big climate change event 56 million years ago, and maybe there’s not one now.

Results published in August 2015 in the Proceedings of the National Academy of Sciences (PNAS) show that oxygen deprivation can alter the temperature calculations by as much as 21 degrees Celsius.

The really good news seems to be that carrying today’s technology forward, in just another 56 million years, we should be able to tell whether we are now undergoing a real climate change, or are other factors, like sea bottom oxygen levels, varying by God knows what mechanism, giving us false positive signals about change when there really is none.

So the question remains, who’s to blame for that climate change?

Watch this space. In 56 million years the truth may be revealed right here in the West Sound Home & Garden blog.