How to Fix Loose Cords in Honeycomb Shades 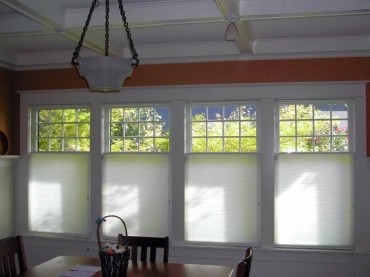 If you have honeycomb shades, such as Duettes by Hunter Douglas, in some of your windows, try to catch a malfunction before it becomes a major problem.

Sometimes one or more of the cords in the pull-tassel will come undone. Stop using that shade until the cords are put back in place.

You could call the shop where you bought the shade to ask how to open the plastic tassel and put back the cords where they belong.

However, you might also be able to do it right then and there. Hold the tassel in your left hand. Pull the heavier, single cord and the small cap out of the tassel. Inside you will find the smaller cords held together by a clip. Reinstall the cords that came loose and reassemble the tassel.

If you do not put the loose cords back where they belong and you keep operating the shade, those loose cords will eventually retract back into the headrail and you will have a major repair on your hands. 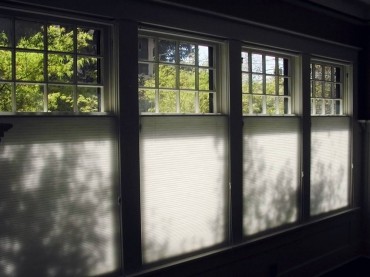 If you still have the original pleated shades from the 1970s or 1980s such as Verosol, Veroline or Veropaque, they are probably in a dark color such as bronze. Broken cords can be replaced if the folds in the fabric still stack correctly (they should not pop out of line) and if the fabric itself is still strong.

But you may have to settle for white cords. With each passing year, it is harder to find darker color cords.

In most cases, the white cord is not objectionable. Most window-covering shops can replace cords without sending the shade back to the manufacturer.

Rule-of-thumb: The simpler the control mechanism, the easier the repair. Some spring-loaded controls can only be fixed by the manufacturer.

By the way, do not try to replace the cords in those pleated shades on your own. The overlapping panels in older shades will disengage and you will spend hours trying to get the shade reassembled. Trust the pros. 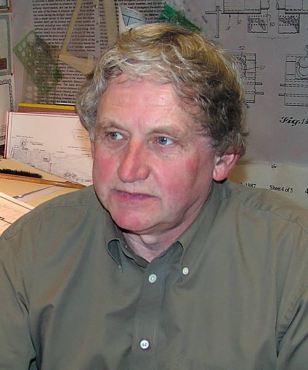