Highlights of the Gig Harbor Film Festival include the Oct. 16 Opening Night and Gala, featuring the film “Frank vs. God” at the Canterwood Golf and Country Club. The evening also includes the entertainment of Bob Baldori from Boogie Stomp.

The 72 Hour Film Competition, on Sunday, Oct. 19, will feature the work of 18 local filmmakers who will be competing for a $250 first prize and an HP tablet.

Also on Sunday, the Kidsfest lineup features films for kids ages 4-12, with local children’s author Karen Robbins sharing her books and crafts with the audience.

A special screening of “It’s a Wonderful Life” on Sunday afternoon will include special guest Karolyn Grimes, who starred as Zuzu Bailey. 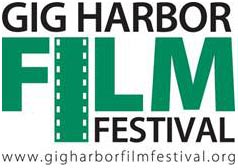 Whether you are a visitor or you call Gig Harbor home, the magic of the Harbor is evident in the faces and hearts of film lovers, filmmakers, supporters, volunteers and festival staff. They come together to feature films for all ages and invite you to come and enjoy independent films from the Northwest and around the world.

Tickets are available at the Gig Harbor Film Festival offices located at 4641 Pt. Fosdick Drive NW in Gig Harbor, or online at www.gigharborfilmfestival.org.

Gig Harbor hotel packages are available for the weekend at the INN at Gig Harbor, Best Western Plus Wesley Inn and Suites and The Waterfront Inn.