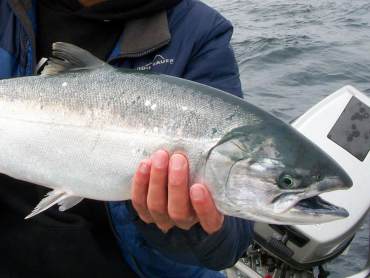 Through summer and into fall, salmon begin their annual migrations to their natal streams for spawning. July and August angling is focused on chinook (kings) and coho (silvers) and in odd numbered years, pinks (humpies). Being an even-numbered year, pinks are not available in substantial numbers so it’s a king and silver show this year.

It has been said that 10 percent of anglers catch 90 percent of the fish and this is likely accurate. Volumes of books, DVDs and websites focus on techniques for catching salmon and to be consistently successful, a level of research and commitment is required.

Rather than try to distill all this information down into a few paragraphs, I’ll instead offer a few general principles and guidelines for anglers new to targeting salmon.

If you are looking to fish a specific species, become familiar with their behavioral characteristics. What do they feed on? At what depth do they travel? How does the tide influence their behavior? Where are they headed?

In general, kings are fished deeper than silvers. Large points of land that influence tidal hydrology can concentrate bait and salmon. Certain runs of salmon to a particular river tend to be in certain area during a certain window of time (as in which part of a given month rather than which hours of a given day). Become familiar with these habits.

If you’ve ever fished before or know someone who fishes seriously, you’ve likely recognized that getting up at unholy hours in the morning or squeezing time in just before dark is part of the program.

Low-light conditions are unquestionably the times of highest activity for both bait and gamefish. Plus, the earlier you get there, the more likely you will be able to fish a spot without disturbing or being disturbed by other anglers (see next).

Respect other anglers and their space.

With the exception of a few “combat fishing” scenarios on certain rivers where folks fishing shoulder-to-shoulder are the norm, nearly all anglers appreciate and seek a certain level of solitude, even at the expense of successful fishing.

If you are fishing from a boat, give plenty of room to other boats that have arrived before you. Recognize that people who are trolling have established a certain “line” or trolling path and would prefer not to deviate from it because you pulled up directly in their line 50 yards away. Furthermore, they may have a couple hundred feet of line out behind them and would hope your path is not going to cause you to tangle lines with them.

If drift fishing, be aware of how the tidal current will affect your drift and that of others. Set up your drift in a manner that will not interfere with other drifting boats that have arrived before you.

Go with those who know.

Take any opportunity you can to get out with other experienced anglers. Offer to pay for gas, lunch, bait or beverages. There are also plenty of anglers who may not have a boat at a particular time, or wouldn’t mind an outing where they don’t have to deal with launching their watercraft and doing all the work that goes along with that.

Finally, respect any knowledge imparted to you. This is a fine line. It is generally acceptable to take the technical aspects you may have gleaned (type of bait or lure, depth, rigging, etc.) and share with others but specific locations and spots are pretty much off limits for sharing. A rule of thumb is to never take someone else to a spot that was shown to you and you should always ask the person who showed it to you if you plan on fishing that spot on your own.

Like nearly all angling pursuits in Washington, you’ll want to be aware of the regulations for the area you are fishing. Check out the marine area regulations at the WDFW website. (pdf) 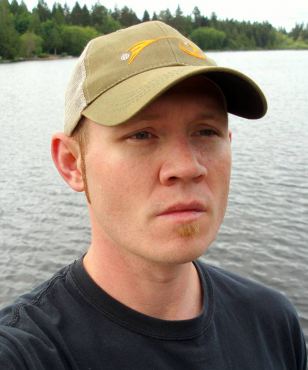