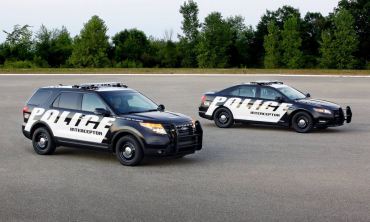 In just two years, Ford has revolutionized the police-vehicle market by equipping much of its Police Interceptor lineup with standard all-wheel drive, which works full-time for greater mobility and security; adding more fuel-efficient EcoBoost engines; and introducing two new body styles — including a popular utility vehicle.

After decades of success with its reliable Crown Victoria — a, large, V8-powered, body-on-frame sedan — Ford made a strategic decision to modernize its Police Interceptor with not one, but two distinct body styles: a traditional, pursuit-rated large sedan and a new, pursuit-rated utility vehicle.

In 2013, Ford’s police utility vehicle represented 60 percent of all Ford Police Interceptor sales, and was the bestselling police vehicle in the country.

Another decision also has paid dividends — both for Ford as well as the safety of its agency partners. In an industry-first, the company now offers standard all-wheel drive for Police Interceptor utility and sedan models, on vehicles equipped with a 3.7-liter or 3.5-liter EcoBoost. Police agencies have taken notice, and approximately 90 percent of all Police Interceptors sold come equipped with standard all-wheel drive.

The final piece of the company’s reinvention of the police vehicle market is its introduction of fuel-efficient, yet powerful EcoBoost engines. In recent Los Angeles County Sheriff Department testing at Auto Club Speedway in Fontana, Calif., Ford Police Interceptor sedan and utility vehicle were fastest in both 0-100 mph acceleration runs and average lap times for a third consecutive year.