Things to Know Before Buying a Hybrid 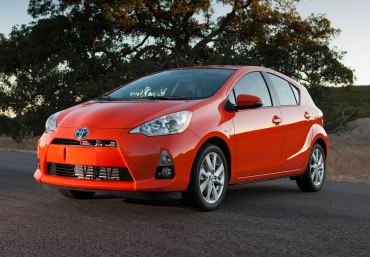 Gas/electric hybrid cars have come a long way from the geeky-looking Honda Insight and the original Toyota Prius.

Today, there are hybrid choices by almost every manufacturer in almost every market segment, from compact two-seaters to full-size, nine-passenger SUVs.

The greatest number of choices are in the compact or midsize sedan segment, and include hybrid versions of popular gasoline-powered vehicles like the Ford Fusion and Kia Optima, for example, while some are stand-alone hybrid designs like the Toyota Prius and Honda CR-Z.

As hybrids have come into the mainstream, buyers need to know a lot before venturing out to a dealer’s showroom determined to do their part to save the planet.

It starts with the price. Some hybrids carry as much as a 20 percent premium over their conventionally powered gasoline counterparts. The least expensive hybrid averages a little less than $20,000, while the most expensive luxury models are much more — such as the Lexus LS600h, which stickers at $120,060; or the Rolls Royce Wraith, at $284,900.

The good news is, some advanced hybrid and electric vehicles like the Chevy Volt and Nissan LEAF are eligible for federal and state tax credits that lower the purchase cost.

There are two general types of hybrids. Pure Hybrids deliver gas mileage in the 40-50 mpg range, but have a significantly higher purchase price. Mild-hybrids offer less dramatic fuel economy, but also have a less dramatic cost.

In addition, plug-in hybrids like the Chevy Volt and Cadillac ELR are beginning to make inroads into the market. While more expensive, they deliver short-range, all-electric operation combined with long-range capability that depends on a gasoline engine.

All-electric vehicles (EV), such as the much-heralded Nissan LEAF, trade a higher purchase price for lower operational costs — no $4/gallon gas to buy, no oil changes. Their charging cost is akin to an evening of watching your TV.

In general, hybrid vehicles are as safe as all-gasoline cars, and because of the battery positioning in the floor under the seats in some, they tend to handle somewhat better because of the weight at a lower center of gravity.

Concerns have been raised about accidents that could damage the batteries in a way that might lead to a fire — Tesla has been in the news recently for that — as well as a chemical spill or electric shocks.

However, in the decade that hybrids have been on the market, such accidents have simply not been reported. In addition, manufacturers have taken significant steps to educate emergency responders to help accident victims without risking injury.

Just like most compact and midsize sedans, hybrids usually have seating for five, and can seat four adults in reasonable comfort — although Honda’s CR-Z sport hybrid seats only two and the Chevy Volt seats four.

Some hybrid SUVs can accommodate seven or eight passengers. A conventional sedan, using a hybrid power plant, may give up 3 to 5 cubic feet of trunk space to accommodate the battery pack, and a hybrid SUV could lose some storage capacity under the cargo floor for the same reason.

Load capacity is also reduced due to the impact of a heavy battery pack. While dedicated hybrid and all-electric vehicles are packaged to minimize compromises in passenger space and cargo volume, payload capacity can still be an issue.

The most important question when buying a hybrid concerns ROI — return on investment — or the calculation of how much time it will take cheaper operating costs to match the increased purchase price.

In terms of warranties, the automakers usually offer longer coverage for hybrid-specific components in case something goes wrong with the batteries or electric motor.

The cost of replacing a battery pack varies, and battery technology has advanced to where individual cells can now be replaced at a much lower cost than the entire battery pack — which is not as expensive as it used to be.

And there are also those hybrid buyers who simply don’t care about the ROI, and view the added cost as their personal investment in saving the planet.